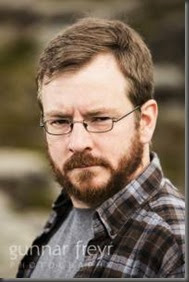 At this moment in time, human interaction is very heavily coded. We learn from a tender age what’s good, bad, not allowed and WHY ARE YOU POOPING UNDER THE DINNER TABLE?! (Which is, in retrospect, also ‘bad’.) We can talk for a while about where our behaviour comes from – some say ‘nature’, some say ‘nurture’, some say ‘a very small shed in Hatfield’ – but there can be no doubt that at the moment we are animals with highly complex behavioural patterns that start with ideals at an early age.

Now, I am a ‘man’. My generously padded 6-foot frame gives it away, as does the beard and the deep voice. And as a ‘man’, I’ve lived with the ideal of the Tough Guy all my life. He is tall (usually), mysterious (sometimes) and handy in a scrap (always). The Tough Guy might not be best suited to navigating the treacherous waters of, say, office politics or teenage girl drama, but with every roll-back of learned behaviour, with every step backwards to the rule of might, the Tough Guy’s role increases. Basically, when the going gets tough I will happily take my big ol’ manly frame and hide in a very manly fashion behind a proper Tough Guy. 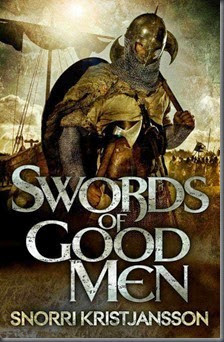 And if we were to start grouping and ranking Tough Guys, my ancestors the Vikings would be up there. In Viking times Tough Guy-ness was currency. It created your reputation, and your reputation made sure that people stayed the hell away from you and yours. Tough Guys survived, so becoming a Tough Guy was essential.

On the face of it, writing a whole book about Tough Guy Vikings could have been just grunting and snow. However, the Tough Guy act can be just that – an act. I was very interested in the genesis of the Tough Guys, the place they came from, and not least smashing them all together and seeing what happened.*

In the great debate on the one true way to write I fall mostly into the ‘Architect’ camp, looking down my nose from my Outline Tower at those madcap ‘Gardeners’ and their organic, story-growing ways. However, in writing Swords of Good Men I found that what did grow organically in my very heavily outlined story was the relationship between various Tough Guys. I found that it was a fairly egalitarian thing, too – if you could do the work and stand your ground, the Tough Guys didn’t care about nationality, gender or anything else. 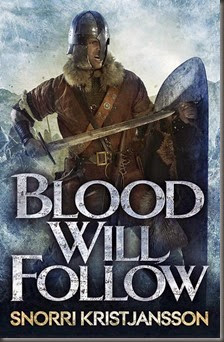 I found out that the Tough Guy was simple – but he could be complex, too, and not necessarily just layered on top. Thinking back, some of them may be layered sideways. The Tough Guy could also just be a tool, in all senses of the word, and the Tough Guy could also be thoroughly unpleasant if he revelled a bit too much in his toughness. However, even the worst of the worst still had friendships and connections, and to my surprise the characters in Swords of Good Men became much more real than I had expected and possibly intended.**

However, I am nothing if not true to my roots. There are also punch-ups, punchlines and definitely a couple of Tough Guys who are too old for this shit – because writing tough guys is fun.

*Possibly somewhat predictably, a lot of death happened.
** Which was a kind of Lethal-Weapon-with-Swords kind of thing.

Snorri Kristjansson is the author of Swords of Good Men and the recently-released Blood Will Follow – both published in the UK by Jo Fletcher Books. Reviews coming soon!

Also on CR: Interview with Snorri Kristjansson, Excerpt of Blood Will Follow