An Interview with ERIC BROWN 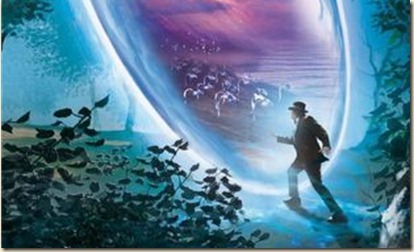 Eric Brown is a prolific author, and with some interesting and exciting projects coming up over the next few months, I contacted him to see if he might like to tell us a little more about his most recent novel, Kings of Eternity, and his forthcoming project with Abaddon books. 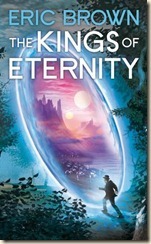 Let’s start with your latest novel, Kings of Eternity, which was recently published by Solaris. How would you introduce the novel to new readers?

Broadly speaking it’s a scientific romance; that is, a novel harking back to Wells and the progenitors of the genre. It’s set in England in 1935/36 and in Greece in 1999. In the first time-line, we follow a group of friends as they discover a mysterious portal in the English countryside, a portal which seems to open onto a far-flung planet. The novel is about what comes through the portal, and how this changes their lives forever. The second strand of the novel introduces Daniel Langham, a famous reclusive writer, and his quiet life on the island of Kallithea. The novel is about finding love, and how doing so changes the individual. It’s quite unlike anything I’ve done before, and I think it’s my best novel.

Abaddon Books recently announced that you will be writing the first book in a new shared-universe science-fiction series, Weird Space. Your novel – The Devil’s Nebula – will be the first of many, by yourself and other authors. How did this project and your participation come about? 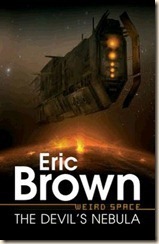 Jon Oliver, my editor at Solaris, mentioned that he was thinking of starting a space opera line of novels in the Abaddon imprint, and asked if I’d be interested in not only writing the first book, but in devising the background world/universe for it. I’ve always wanted to work on something large scale like that, and the offer was too good to refuse. I’ve just about finished the first book, and I loved writing it – so much so that I can see myself doing more in the universe.

What can readers expect from The Devil’s Nebula and also the Weird Space series as a whole?

TDN is a space opera about the crew of the spaceship The Paradoxical Poet (a reference to one of my favourite writers, G.K. Chesterton). The trio are law-breakers in a future tyrannical universe run by the Expansion Authority (but law-breakers of the best kind, might I add). However, when they’re caught by the authorities when leaving a planet now under the ownership of the feared alien race, the Vetch, the trio are offered an ultimatum: die, or accede to travelling through Vetch space on the trail of a human colony ship which set out a century earlier.

What they find in the Devil’s Nebula is a race of aliens which make the Vetch seem tame by comparison: the Weird are creatures from another dimension, and are bent on taking over both Humanity and the Vetch. Subsequent novels will chart Humanity’s fight against this evil foe. So the series will the action-packed space opera adventure, but peopled by characters readers will come to champion.

How much latitude did you have when creating the setting?

A lot. I discussed several ideas with Jon, and he suggested elements he wanted in the series, and we batted concepts back and forth for a few weeks before we came up with something with which we were both happy. The series will have a lot of leeway for a group of writers to create some very different, personal stories, advancing the story-lines, telling new subsidiary stories, and generally (I hope!) having lots of fun in the Weird universe.

I didn’t begin reading until I was fifteen. The novel I read was Agatha Christie’s Cards on the Table, which my mother gave me during a boring summer holiday while we were living in Melbourne. The book changed my life. I wanted to do nothing after that than write stories. A couple of months later, a few days apart, I came across H.G. Wells (The Time Machine and The War of the Worlds in a Heinneman double volume) and Robert Silverberg’s collection Sundance, and there was no looking back. I was hooked on SF, and I began writing the stuff a few weeks later.

Writing is really the only full-time job I’ve ever done, at least from the age of twenty-two. Of course in the early years I wasn’t paid for doing it, but I worked on the assumption that if I worked hard I’d get better and eventually find a publisher. It took a lot longer than I thought it would – I had a lot of rubbish to get out of my system before I learned how to tell a tale. Working within the publishing industry? Well, it’s got to be done. I’ve had horrible experiences in publishing, which I’d rather not talk about, and some wonderful ones. I’m having the latter now with my current publisher Solaris, who are a great bunch to work with.

I take a no-nonsense approach to writing. I don’t believe in writer’s block. When I need to write, I sit down and write two thousand words a sitting (novel) or around fifteen hundred (short story) and do two sittings a day. Beforehand I plot in my head and maybe make a few notes for a novel. (Commissioned novels are usually extensively outlined, which is what the industry requires these days, but I don’t particularly like doing this as I’m an organic writer and I don’t like being trammelled by prescriptive outlines). I rarely do research before writing, but I might do a little afterwards. 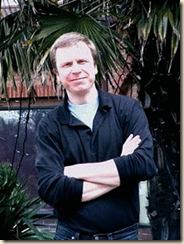 When I was fifteen, and read Christie, Wells and Silverberg. I wrote dozens and dozens of very bad stories (well, around three hundred) and more than twenty very bad short SF novels. I do look back fondly at the innocent, naïve chap I was back then, and I know that the lad I was would be amazed if you were to tell him that, thirty years down the line, he’d be a published writer with forty books and over a hundred short stories to his credit.

Well, it’s an incredibly broad genre, and encompasses the very best and the very worst of writing. I prefer soft or squishy SF to the hard stuff (that said, there are increasingly more and more writers out there producing hard SF that is about human beings, which hasn’t always been the case). I see my work falling into the ‘entertaining storytelling about interesting characters the reader will empathise with’ category.

I’m polishing The Devil’s Nebula and outlining three novels at the moment. I’m also rewriting all the Salvageman Ed stories, and hopefully they’ll see the light of day in one volume at some point. (A publisher in France has expressed interest in bringing the collection – or fix-up novel, as I prefer to call it – and I’m hoping a publisher here will do the same.) A month ago I finally finished the third draft of a crime novel, set in London in 1955, which I hope will be the first of a series. I’m also working on the rewrites of a couple of non-series short stories and mulling over a potential sequel to Helix. 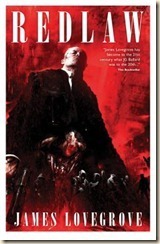 I’m reading James Lovegrove’s vampire novel-with-a-difference, Redlaw, for review – and as ever with that writer’s work I’m very much enjoying it. I’m also reading a non-fiction book about Nikolai Yezhov, the head of the NKVD in 1930s Soviet Russia, as potential background reading for a future novel. And as ever I have a book on the go by my favourite writer, Rupert Croft-Cooke, who wrote twenty-seven volumes about his life and travels: I constantly re-read them, and I’m on my fourth go-through, with The Tangerine House which covers the period in the ’fifties and ’sixties during which he was living in Tangier.

I collect yeast extract jars from around the world, and I’m addicted to Indian curries.

Posted by Civilian Reader at 9:41 AM