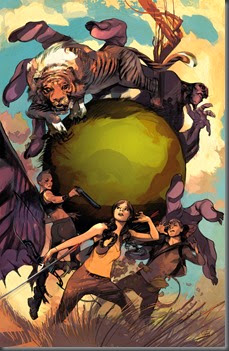 In a post-apocalyptic world where humans have been pushed to the edge of extinction by the creatures of fantasy and fables, THE HINTERKIND tells the story of one young woman’s quest to fulfill her destiny and put the world right again.

Fifty-seven years after an unspecified biological event has all but wiped out the human race, a green hand has moved over the face of the Earth. Leaf, root and shoot have steadfastly smothered the works of man, remorselessly grinding the concrete, glass and steel back into the minerals from whence they came. Mother Nature is reclaiming what’s rightfully hers but she's not the only one…

The Hinterkind have returned. They come from hiding places in the lost corners of the world: Centaurs, Satyrs, Elves, Dwarves, Ogres, Trolls, Werewolves, Vampires…

They’re also known as “the Hidden,” “the Twilight People,” the “walkers-in-shadow,” collective names for the menagerie that mankind has hung its tales of myth and magic upon – but these aren’t fairy tale creatures. They are flesh, blood and passion, and they have a long simmering hatred of humanity.

They are a divergent species. Exotic evolutionary try-outs that couldn’t compete with the rapacious ape. Hunted to near extinction through fear and ignorance, they fled to the great forests and deserts, losing themselves in the shrinking wilderness of an ever-expanding world.

Now the wilderness is the world and mankind is in the minority.

This is a strange, promising, and yet somewhat flawed start to a new series.

The first issue presents a fantastic post-apocalyptic world – one in which human society has been near-destroyed, global populations brought to the brink of extinction. Our protagonists are based in Central Park, New York, and have built a working community: foraging for leftover items in the over-grown city around them, hunting the wildlife. It’s a stunning start, actually, and I was immediately drawn to the setting. The characters and writing were strong, and they were well-realised by the artwork. 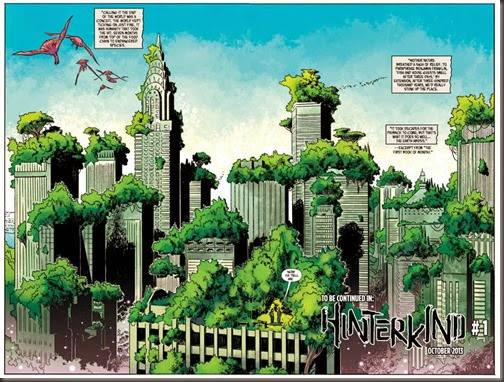 Then things started to get a bit weird, and this is where (for me) the series stumbled: it became very busy, and the story grew expansive so quickly, that the mash-up of genres started to feel like it was trying too hard. I hesitated for a bit, deciding on how much detail this review should go in to, but I think it’s worth pointing some things out: there are army survivors similar to Buffy’s Initiative (only, weirder), the sidhe and other fairytale creatures have proliferated across the world, and the post-apocalyptic environment can cause mutations. All of this is revealed over this one book. I feel it may have been better to unveil the overall world more gradually, teasing us with possibilities, rather than dumping them all on in very quick succession.

Nevertheless, there’s a lot to enjoy in this book. The artwork is eye-catching; the writing is well-composed; and the characters are pretty interesting. I’m certainly looking forward to reading volume two, when it’s available.

Not the best start to a new Vertigo series, but still better than a lot of other publishers’ new books. 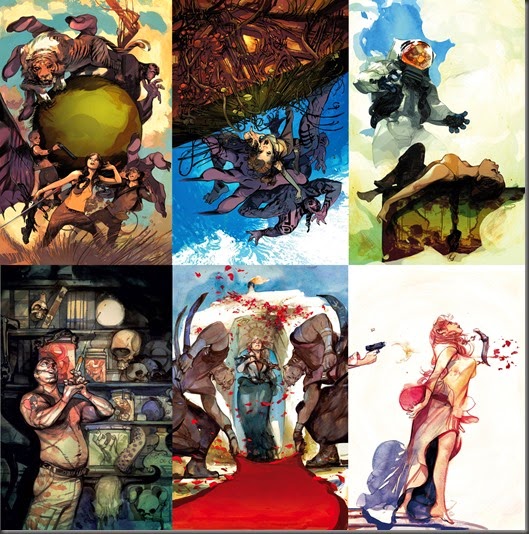