I’ve decided I’m going to start highlighting more comics before I’ve read them. While comics coverage has slipped a bit, recently, I’ve still been reading a fair few of them – I just haven’t been able to come up with an interesting way to feature ongoing series past a certain point without saying “it’s still good” or “the magic’s gone”. And so, we’re going to have more Upcoming and Artwork/Cover posts, I think. And here’s just the one to kick things off: THE LAST BROADCAST. 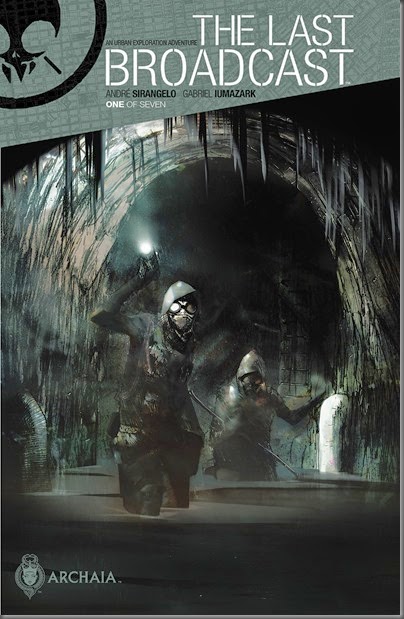 This series has a pretty cool premise, too:

An urban exploration group in San Francisco discovers a secret bunker belonging to the long-vanished 1930s stage magician Blackhall the Incredible at the same time as young, out-of-work magician Ivan receives a mysterious package that points him toward a possible conspiracy involving Blackhall’s death in 1934. Both groups dive into the mystery, not yet realizing that it’s about the change their lives forever.

Fans of Thief of Thieves and the film Now You See Me will find a lot that entices them, and the urbEx members of Backbone will win you over as the ragtag, Ocean’s Eleven-style crew of the sewers and abandoned warehouses.

Debuting on May 21st 2014, THE LAST BROADCAST is publishing by Archaia ($3.99), which recently became an imprint of award-winning, and one of my favourite comics publishers, BOOM! Studios. The series is co-created by André Sirangelo and Gabriel Iumazark. The series, the press release informs us, will take readers

And here are a couple of pages’ worth of that art style – which, while not my favourite style (I’ve always preferred the ‘cleaner’/‘clearer’ styles), nevertheless still looks pretty great: 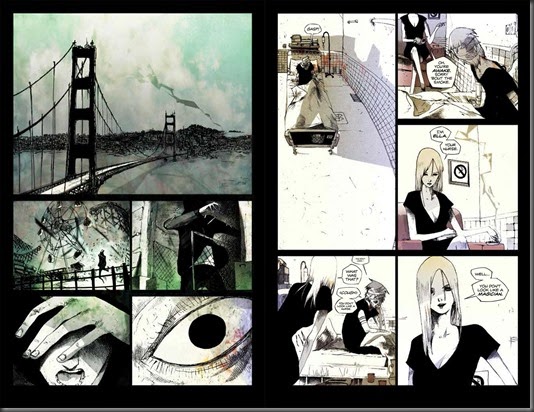 I particularly like the first panels one each of those pages. The series, I think, could be pretty cool. I’m looking forward to trying it.

More comic news coming up over the weekend.