Most Anticipated 2014: THE GETAWAY GOD by Richard Kadrey (Voyager US & UK) 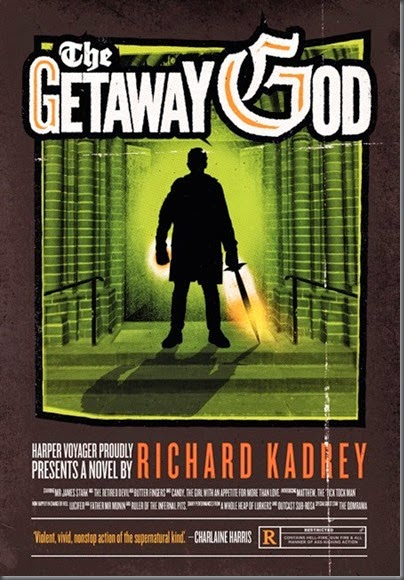 If you’ve been following Civilian Reader for the past couple of years, you may have come across a review or two (actually, six) of Richard Kadrey’s Sandman Slim series. This is because they are awesome. In fact, along with Stacia Kane, I think Kadrey is one my favourite Urban Fantasy/Horror author. This year, Voyager will be publishing the sixth novel in the series, THE GETAWAY GOD. I can not wait to read it! Here are the details…

Being a half-human, half-angel nephilim with a bad rep and a worse attitude – not to mention temporarily playing Lucifer – James Stark aka Sandman Slim has made a few enemies. None, though, are as fearsome as the vindictive Angra Om Ya – the old gods. But their imminent invasion is only one of Stark’s problems right now. LA is descending into chaos, and a new evil – the Wildfire Ripper – is stalking the city.

No ordinary killer, The Ripper takes Stark deep into a conspiracy that stretches from Earth to Heaven and Hell. He’s also the only person alive who may know how to keep the world from going extinct. The trouble is, he’s also Stark’s worst enemy… the only man in existence Stark would enjoy killing twice.

The Getaway God is due to be published in August (US) and October (UK) 2014, by Harper Voyager. 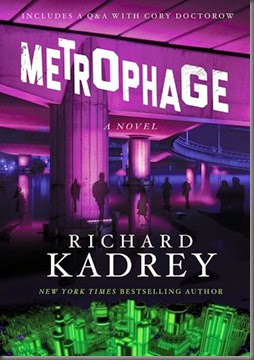 Speaking of Richard Kadrey: Voyager is also going to be re-issuing the author’s early cyberpunk novel, METROPHAGE this November (originally published in 1988), in both the US and UK. Here are the details:

Welcome to the near future: Los Angeles in the late 21st century – a segregated city of haves and have nots, where morality is dead and technology rules. Here, a small group of wealthy seclude themselves in gilded cages. Beyond their high security compounds, far from their pretty comforts, lies a lawless wasteland where the angry masses battle hunger, rampant disease, and their own despair to survive.

Jonny was born into this Hobbesian paradise. A street-wise hustler who deals drugs on the black market – narcotics that heal the body and cool the mind – he looks out for nobody but himself. Until a terrifying plague sweeps through L.A., wreaking death and panic. And no one, not even a clever operator like Jonny, is safe.

His own life hanging in the balance, Jonny must risk everything to find the cure – if there is one. 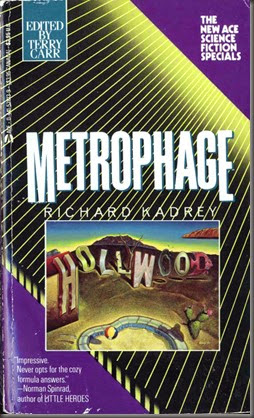