A Correct Sentiment, Strangely So Rare in Expression… 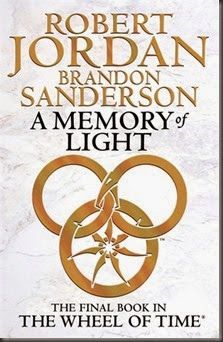 This piece by Brandon Sanderson is mostly about the nomination of the entire Wheel of Time series in the Hugo Best Novel category (Brandon wrote the final four volumes), and the reactions this has elicited from various corners of fandom. There are some, as Brandon notes and are readily visible on Twitter, who have complained about the WoT fanbase, the apparent travesty of the nomination, and many other less-than-praiseworthy reactions.

As I haven’t read the series, nor particularly care about awards, the nomination didn’t really stir much of an opinion or reaction. However, Brandon’s article has a second point, growing out of his impression of the treatment of the WoT fans, which I think is even more important. After eloquently and fairly addressing the “issue” of the series’ nomination, Sanderson moved on to what amounts to a general call for more open-armed civility in the SFF community. It seems so odd that this sentiment should be so noteworthy, but on the internet it is far from the most oft-expressed… The extent to which the post has been re-circulated partly illustrates the rarity of the sentiment, but is also what inspired me to share it here.

First up, on welcoming WoT fans into the community:

“Welcome the Wheel of Time fans into our community. Welcome the next group of fans in too. Give whatever it is they’re passionate about a try. You might like it, and if not, you’ll still probably like them…”

Side-bar: Wouldn’t they technically already be part of the SFF community…?

“… You can’t beg people to come and participate in fandom, then tell them not to vote on your awards because you don’t like their preference in books. Indeed, attacking the fans of a work rather than criticizing the work itself is crossing a very big, and important, line. For many years, we in fandom have had to suffer these kinds of dismissive, hurtful, and destructive attitudes from those who attack us because we like science fiction. Do not side with the bullies. Do not hold your own opinion in such high regard that you dismiss all others.“It is not shameful to like the Wheel of Time. No more than it should be shameful to be the kid who read Dune in middle school while others snickered. We should never have to feel embarrassed for honestly expressing our taste in fiction… If you have said these kinds of things about the Wheel of Time or its fandom in the past few days, I challenge you to take a long, hard look at your tone and what you’re implying. Ask yourself if you really want to belong to a world where only one kind of opinion is valid, where only your taste is acceptable. Because in my experience, these are the sorts of attitudes that science fiction and fantasy fiction have spent their history combatting.”

As the kid who would read Star Wars and Warhammer novels covertly at school (at least, more covertly than I would have preferred), in order to avoid being picked on, or have my stuff defaced/destroyed by others, I wholeheartedly approve of (and embrace) the We’re All Fans Here atmosphere in the SFF community. We’re a Very Big Tent, encompassing a very wide array of speculative fiction genres. There’s room for all tastes and fandoms in the larger SFF community. It’s what makes it one of the most vibrant – if not the most vibrant – of fan communities out there. The fact that you’re more likely to come across snark and attacks directed at others on the internet is by no means a SFF-exclusive phenomenon. But it was certainly nice to, for a change, come across a post like Brandon’s.

Disagreements are common and natural, as are differences in taste, but instead of driving wedges or sorting ourselves into opposing camps, these differences should be used to highlight similar tastes and interests (and values), and introduce others to that which we feel strongly about. Not to berate or push away.

That being said, I still don’t particularly care about awards, even if I can – from time to time – feel strongly about a nominee.

Posted by Civilian Reader at 1:21 PM