Just wanted to flag up two Horus Heresy short stories I’ve read recently, as they were both very good, and well worth an enthusiast’s time. 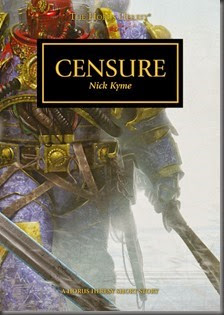 In the depths of Calth’s arcology network, the Underworld War has raged for years. Aeonid Thiel, previously an honoured sergeant of the Ultramarines, once again finds himself in trouble – pitted against the daemonic forces of the Word Bearers, he has no choice but to venture back to the ravaged surface and brave the deadly solar flares that have scoured all life from this world. With a lowly Imperial Army trooper as his only companion, it falls to him to drive the maniacal Dark Apostle Kurtha Sedd and his warband from the overrun XIIIth Legion stronghold.

This was originally released as an audio-drama. When it was released as an eBook, however, I picked it up right away. Kyme is really growing as an author – each new story of his that I read, I can see that he’s just getting better and better. This story is set (once again) on Calth, the planet at which the Heresy and the extent of the betrayal truly exploded out into the open. After the battle of Calth, there could be no denying that the galaxy had indeed been set on fire. Censure is set some years after the events of Mark of Calth and Know No Fear, and Aeonid Thiel has returned to the ravaged world to fight against the Word Bearers and support the remnant loyalists. It focuses on a specific mission and conflict, and is fast-paced, nuanced, and expertly paced. Quite excellent, and very highly recommended. 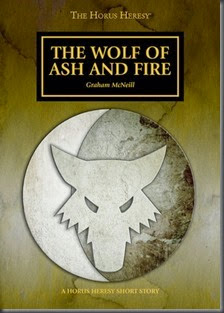 THE WOLF OF ASH AND FIRE by Graham McNeill

This short story was released free through the Black Library website some time ago. It’s a quick, battle-filled tale of Horus’s strategic expertise, battlefield fury, and pre-Heresy devotion to the Emperor. It is also one of the few stories that features both the Emperor and Horus on the battlefield together – and it is epic. The battle scenes are great, swirling and furious. I’d really like McNeill (or any of the Heresy writers, actually) to revisit this campaign, or just write some more stories like this. As with Censure, this is highly recommended for all fans of the series. I can’t wait for McNeill’s next Heresy novel, The Vengeful Spirit (out later this year).