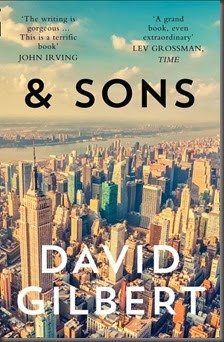 The funeral of Charles Henry Topping on Manhattan’s Upper East Side would have been a minor affair (his two-hundred-word obit in The New York Times notwithstanding) but for the presence of one particular mourner: the notoriously reclusive author A.N. Dyer, whose novel Ampersand stands as a classic of American teenage angst. But as Andrew Newbold Dyer delivers the eulogy for his oldest friend, he suffers a breakdown over the life he’s led and the people he’s hurt and the novel that will forever endure as his legacy. He must gather his three sons for the first time in many years – before it’s too late.

So begins a wild, transformative, heartbreaking week, as witnessed by Philip Topping, who, like his late father, finds himself caught up in the swirl of the Dyer family. First there’s son Richard, a struggling screenwriter and father, returning from self-imposed exile in California. In the middle lingers Jamie, settled in Brooklyn after his twenty-year mission of making documentaries about human suffering. And last is Andy, the half-brother whose mysterious birth tore the Dyers apart seventeen years ago, now in New York on spring break, determined to lose his virginity before returning to the prestigious New England boarding school that inspired Ampersand.

But only when the real purpose of this reunion comes to light do these sons realize just how much is at stake, not only for their father but for themselves and three generations of their family.

& Sons is a very good novel. It’s a bit tricky to review, though. I was quickly drawn into the story, and the lives of the protagonists. It was by no means perfect, and sometimes downright weird, but Gilbert’s prose and characters were engaging throughout.

This is a peculiar novel, in many ways. Gilbert writes extremely well, but that didn’t stop the beginning from being a bit confusing – specifically, the narrative style wasn’t clear. I wasn’t sure who was narrating the tale. It is presented as if Philip Topping has written an account of the events, but bestowed upon himself omnipotence, able to write inside his subjects’ heads without really any way of knowing what was going on. A strange decision, but one that I quickly got used to and accepted.

It is the story of families, fathers and sons. Philip Topping, never particularly close with his father, was always enamoured of the Dyers – revering Andrew, idolising Richard and Jamie, glomming on to the family as an attempt to become a de facto member. For this desire, he has long been mocked and pranked by the elder two Dyer brothers. It was a strange and sometimes-creepy dynamic. Andrew Jr., the half-brother whose existence cratered A.N. Dyer’s marriage, is probably the best character in the novel, and I enjoyed seeing him navigate his world, and the strange dynamic he had with his father and brothers. 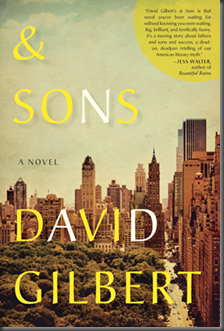 Literary fiction seems to require a peculiarity. I’m not sure why this trope has developed, but almost every literary fiction novel I’ve read contains a truly bizarre element or event, and this can often be the stumbling block that takes a great novel and almost ruins it. With & Sons, the peculiarity is the secret Andrew wishes to share with his sons. I’m not going to spoil it, but it kind of came out of nowhere, and we’re never sure if it’s real or a delusion of the fast-declining Andrew Dyer.

I’m not really sure what else to write about the book without spoiling the twists and turns, or delving too deeply or academically into its contents (which is not something CR has been doing in the past). Needless to say, I enjoyed reading & Sons. There’s a great deal of insight and shrewd observation about families – especially fathers and sons – presented in both remorseful and amusing ways. Despite the muddled narrative voice of the first couple of chapters, this grew to become a very strong novel and engaging read.

David Gilbert’s & Sons is published by Fourth Estate in the UK and Random House in the US. It is out now.