This is a deliciously creepy image: an evil, Joker-esque clown wielding a sledgehammer? Less sleep… Here is the cover for Tim Waggoner’s upcoming Dream Stalkers, the second in the author’s Shadow Watch series: 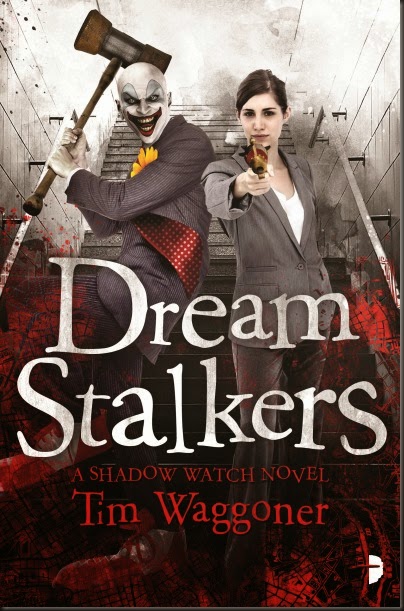 The cover is by amazing15. Here is the novel’s synopsis

A new drug – Shut-Eye – has been developed in the dreamland, and smuggled into our world. It’s addictive, and dangerous, and Shadow Watch agents Audra and Mr Jinx are on the case, preparing new recruits to deal with the problem.

Meanwhile, a wave of ancient, bodiless Incubi are entering the dreams of humans in an attempt to possess them and live new lives. Only the criminally insane would ever risk a confrontation with them.

The novel is due to be published by Angry Robot Books in October 2014. It is the sequel to Night Terrors. Be sure to check out Tim’s website and follow him on Twitter for news about his writing.