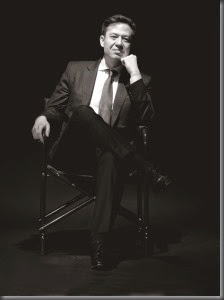 During the last 150 years, China and the West have collided many times, virtually always on Chinese soil, and their relationship is heavily coloured by this history. Many in Asia are choosing and building their futures motivated by their own and their family’s experiences, ambitions and histories, much of it unclear and unknown to most in the West. The relationship between China and West is set to become more intense and complicated and we have to hope these two sides will work together rather than tear the world apart.

The story of Emperors Once More is about the collision of these different motivations and forces in China and among Chinese people, set against their position on the world stage. On a national level, the government is tasked with maintaining a union of a billion plus people so it does not crumble into chaos again, fighting the very human feeling of humiliation from centuries of defeat, both personal and national, the need to re-establish respect on the world stage, the clashes that will arise from the very practical need to obtain vital resources for the future and China’s new role in the global order. The story is also about those very personal experiences such as migration, subservience, colonialism, aspiration, ideology, revolution and tradition. 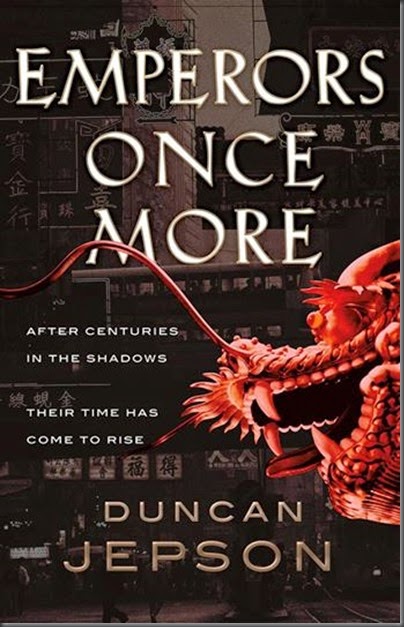 This is also personal to me. As a Eurasian, I have often found myself stuck awkwardly in geography, sometimes feeling at home in no place in particular but persistently trying to be comfortable in both East and West. I have watched the older generation in Hong Kong, those having lived and grown up under colonial rule, feel the weight of a heavy glass ceiling whether due to limited education, lack of understanding of the governing culture or, at times, simply by race. To some there is a deep frustration and resentment to having been treated as what they feel is a foreigner in their own home. Thankfully the world has moved on and a young generation of Chinese don’t see themselves this way – many are now of a new global generation.

The premise of Emperors Once More is that, in 2017, China has bailed out the West, but the West has defaulted on its debt. For many Chinese, this has the same strong sense of bitterness as the humiliations of the Opium War, Rape of Nanjing and Boxer Rebellion. One man in Hong Kong, deeply affected by colonialism, wants to use this new collective anger and indignation to push Chinese to demand China use its global power to reclaim its rightful place in the world order. To achieve these ends, he will draw on both ancient rites and modern technology to commit a series of killings and provoke national rage.

I wanted a criminal with a purpose and an anger that is rooted deep in history and personal experiences, believing there are wrongs to be righted, and a hero who is of a new different world who sees a better future that does not have to pay for the past. I hope that this story pulls the reader into a full-bloodied crime tale while drawing on Chinese history, culture and mysticism.

Duncan Jepson is the award-winning director, producer and writer of five feature films. He also produced documentaries for Discovery Channel Asia and National Geographic Channel. He was the editor of the Asia-based fashion magazine West East and a founder and managing editor of Asia Literary Review. He is a social commentator on Asia and regularly writes for The New York Times, Publishing Perspectives and South China Morning Post. A lawyer by profession, he lives in Hong Kong.

Jepson’s Emperors Once More is out now, published in the UK by Quercus Books. Jepson is also the author of All the Flowers in Shanghai. Be sure to follow Duncan on Twitter and Goodreads.