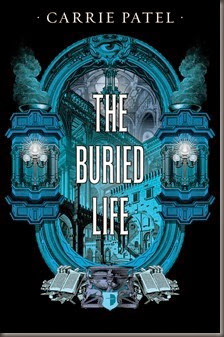 The gaslight and shadows of the underground city of Recoletta hide secrets and lies. When Inspector Liesl Malone investigates the murder of a renowned historian, she finds herself stonewalled by the all-powerful Directorate of Preservation – Recoletta’s top-secret historical research facility.

When a second high-profile murder threatens the very fabric of city society, Malone and her rookie partner Rafe Sundar must tread carefully, lest they fall victim to not only the criminals they seek, but the government which purports to protect them. Knowledge is power, and power must be preserved at all costs…

Stumbled across this on NetGalley the other day. Sounded interesting. The Buried Life is due out in July/August 2014. There’s a sequel planned, Cities and Thrones, which is out in February 2015. 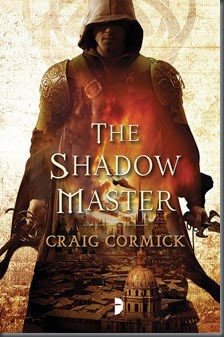 In a land riven with plague, in the infamous Walled City, two families vie for control – the Medicis with their genius inventor Leonardo; the Lorraines with Galileo, the most brilliant alchemist of his generation.

And when two star-crossed lovers, one from either house, threaten the status quo, a third, shadowy power – one that forever seems a step ahead of all of the familial warring – plots and schemes, and bides its time, ready for the moment to attack…

Unclear if this is meant to be actual Venice or some analogue, but I’m intrigued. Hadn’t heard anything about it before spotting it (as above) on NetGalley. The Shadow Master is due to be published in June/July 2014. 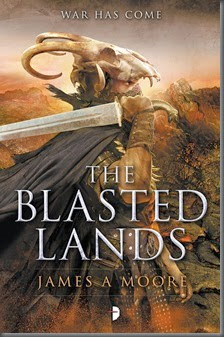 James A. Moore, The Blasted Land

The Empire of Fellein is in mourning. The Emperor is dead, and the armies of the empire have grown soft. Merros Dulver, their newly-appointed – and somewhat reluctant – commander, has been tasked with preparing them to fight the most savage enemy the world has yet seen.

Meanwhile, a perpetual storm ravages the Blasted Lands, and a new threat is about to arise – the Broken are coming, and with them only Death.

Unfortunately, I haven’t managed to get around to reading Seven Forges, the first in this series. As with so very many titles I really want to read – there are too many books, and so very little time to read them all. And I’m easily distracted and swayed by my ever-shifting, fickle moods… Ahem. Anyway, I’ve heard good things about this series, so I’ll hopefully be able to get around to it sometime in the not-too-distant future. The Blasted Lands is out in July 2014.

Posted by Civilian Reader at 11:23 AM