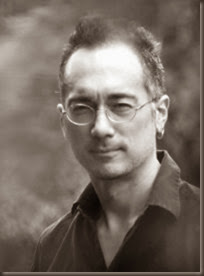 Let’s start with an introduction: Who is Mark Smylie?

Let’s see. I was born in Florida; my mother was Japanese, she had come to the States to study piano at Julliard, and my father is a Presbyterian minister who worked for the Church’s national body as their liaison to the United Nations (now long retired). I grew up in New Jersey and have lived there on and off for most of my adult life (with stints in New York and California). I’ve worked mostly in comics publishing, both as a writer/artist and as a publisher (I founded a company called Archaia that is now an imprint at BOOM! Studios).

Your debut novel, The Barrow, was published by Pyr Books last month in the US and this week in the UK. How would you introduce the novel to a new reader? Is it the first in a series?

The novel was written as a stand-alone but Pyr has agreed to publish two sequels so, yes, for better or for worse I’m afraid it’s yet another fantasy trilogy. The novel is part epic fantasy, part horror story, and I guess what could be termed part undercover detective story. At first glance it’s about a group of criminals and adventurers of few if any scruples that are following a map to find a fabled lost sword, but nothing is quite as it seems. 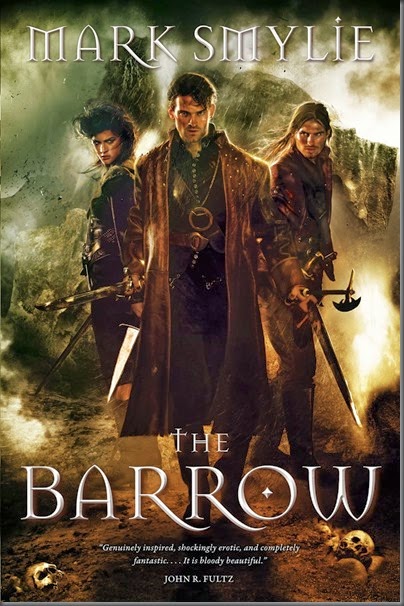 The novel is, I believe, adapted from a comic series. What inspired you to write the novel, and what was it like adapting the world for fiction?

It might be more accurate to say that the novel is spun off from a comics series I (used to) write and draw, an epic military fantasy story called Artesia, but it’s actually an adaptation (and expansion) of a screenplay begun back in 2004 or so. I wrote the initial screenplay with my brother, John Smylie, and a friend of ours, Hidetoshi Oneda, who was a commercial director that worked mostly in Japan. We were working on the idea of creating a low-budget prequel to the comics series (which given its military content is something that would be very costly to try filming as is). The story was initially intended as a kind of metaphor for the search for weapons of mass destruction, as we were starting to get deep into the messy aftermath of the invasion of Iraq at the time. My brother and I had always talked about the idea of turning it into a novel at some point. In many ways the novel as a medium is much better suited for fantasy writing; you get more of a chance to fill in background and flesh out a world, I think, than you do in comics, where the format of panels and word balloons is much more restrictive. 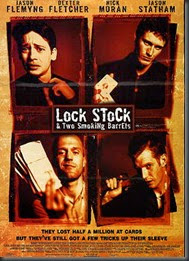 All over the place. The setting is inspired by Greek, Roman, and Celtic mythology, late medieval and early Renaissance Europe, Marija Gimbutas’ writings on proto-European Goddess culture, Carlo Ginzurg’s work on shamanism and medieval witchcraft; there are bits and pieces of the poststructuralist analysis of mythology from writers like Vernant and Detienne, classic Joseph Campbell monomyth hero quests, years of roleplaying games and other fantasy novels. The underground scene of the main city in the story is modeled after some years spent living in New York City in the late ’80s and early ’90s when the city still felt a little dangerous, so there’s a kind of postpunk, transgender vibe going on as well which might seem odd for a fantasy setting to some readers (and the film script was originally conceived as Dungeons & Dragons meets Lock Stock & Two Smoking Barrels or The Usual Suspects). Horror films, military history, costume, cooking and cuisine; it all kind of gets thrown in a blender.

My father used to read my brother and I stories when we were little kids; he read us the Chronicles of Narnia, and he was reading us Tolkien when my father realized we were finishing the pages faster than he was reading them aloud. So my brother and I went on to finish the Lord of the Rings on our own. I’ll read other genres and general fiction, but fantasy literature is where I come back again and again. 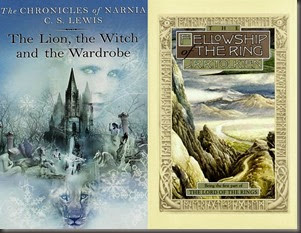 I feel very, very lucky. I mean, it’s a difficult industry to work in with the rewards few and far between, but I’ve been very fortunate to do something that I love and to publish the works of a lot of writers and artists that I admire.

I’ve got a pretty large research library, it’s a reasonably specialized one built over 20+ years of book collecting, so a lot of the time I sort of wander over to my bookshelves with an idea in the back of my head – a remembered illustration, or a chart, or a line of text – and start flipping through pages. I’ll make notes to myself about something that I want to include in the story – a myth, a kind of pastry, a piece of costume – and use those notes to build the details of the world. I think a fantasy setting needs to feel real, like you can smell it, taste it. Though nowadays a lot of readers don’t seem to have much time for exposition; they just want to read dialogue, as though we’re now a nation of script readers. I try to have an outline that I’m constantly reworking as I write, so that I know how what I’m writing is going to tie into where I want to wind up. And then I reread and rewrite.

I don’t think I ever made a conscious decision to be an author. I took art classes in high school, drew comics, played a lot of roleplaying games; I took a creative writing class in college and found it kind of tough going, in part because I was always a genre guy and back then genre wasn’t something you were supposed to aspire to. I tried my first “official” comic book soon after college but couldn’t find a publisher for it; it wouldn’t be until my comic book Artesia came out, when I was thirty, that I would have my first published work as a writer/artist. 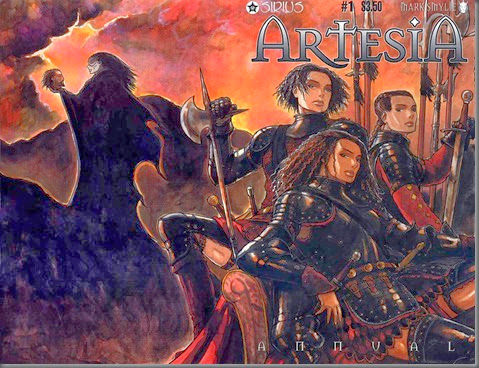 We’re definitely living in a kind of geek Golden Age – whether it’s television, comics, film, novels, there’s an enormous variety in terms of the kind of material that’s out there and so much of it is being produced at a very high level of quality. I think that also makes it very competitive for those of us that are tying to get our work out in this kind of marketplace right now, which can be kind of tough. I’m not sure where my own work falls into it all; Artesia was sort of a pagan Joan of Arc military fantasy story, but The Barrow is more horror-oriented, very much grimdark, I suppose, though I didn’t discover that term until a few months ago.

Well, in terms of my personal work I’m currently working on the sequel to The Barrow, called Black Heart, along with a board game set in the world of the book and the comics, with an eye towards doing a second edition of an Artesia roleplaying game that I put out back in 2005. I’m still at Archaia as my day job, transitioning over to hopefully starting a games line for the company soon. 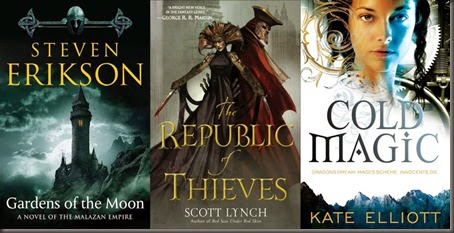 For fiction I’m juggling Steven Erikson’s Gardens of the Moon (I’d never read Erikson before but several reviewers have compared my work to his so I figured I’d better get familiar with it), Scott Lynch’s Republic of Thieves, and Kate Elliott’s Cold Magic. For non-fiction research I’ve been glancing through City of Sin, a history of the underbelly of London by Catharine Arnold, and Israel’s Beneficent Dead: Ancestor Cult and Necromancy in Ancient Israelite Religion and Tradition by Brian Schmidt. 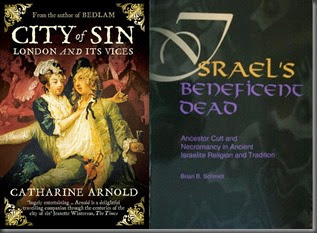 Given the sex and violence in the book I suspect some readers might be surprised to learn that I have a daily yoga practice (hatha raja vinyasa mixed with ashtanga). Or that I have a lot of cats (not on purpose).

World peace and a cure for cancer?