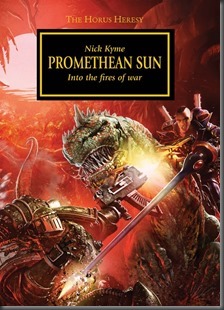 The Horus Heresy series has proven to be rather spectacular, right from the very beginning with Dan Abnett’s game-changing opener, Horus Rising. As an exploration of the entire origin-mythos that defines the Warhammer 40,000 setting, the series has done well in exposing how this galactic civil war happened, and how all the players reacted to it, each in their own way. Being a multi-author series (projected to go on to roughly 50 full novels and anthologies, plus additional novellas, short stories and audio dramas), the quality hasn’t been entirely consistent, and there have been some let-downs, or books that don’t seem to fit into an ongoing arc.

Two years ago, Black Library changed the game once more, by offering direct exclusive limited-edition novellas set as interstitials within the larger narrative at work. Being limited to a select few thousand copies, these hardback stories with extra content (such as special faux-skin and illustrations) gave way to a lot of controversy with regards to pricing for the series. This was compounded last year by the publisher’s inexplicable decision to change formats mid-series and offer books in hardback and hardback-sized trade paperbacks before the regular and familiar mass market copies were made available.

As such, novellas like Promethean Sun and Brotherhood of the Storm among others have had to field quite a bit of negative criticism completely unrelated to the actual fictional content within. And that’s what I wanted to focus on in this review. Promethean Sun was re-released a few weeks ago as a non-limited hardback with an accompanying eBook, which is what I got. The two-year wait in between definitely didn’t hurt my enthusiasm.

So, on to the review itself. Here’s the synopsis…

As the Great Crusade sweeps across the galaxy, the forces of the Imperium encounter a world held in thrall by the alien eldar. While the Iron Hands of Ferrus Manus and Mortarion’s Death Guard battle against the hated xenos, it is the Salamanders who brave the deepest and most deadly jungles, encountering monstrous reptilian beasts and foul witchery along the way. Ultimately, it falls to their primarch Vulkan himself to thwart the sinister designs of the eldar, if the Legions are to liberate this world and bring illumination to its inhabitants.

Promethean Sun does one thing really, really well: it delves deeply into Vulkan’s psyche and explores his character through the present and the past alike. That’s what the entire story is about. The Primarch of the Salamanders Legion has been a fairly unknown quantity so far, outside of extremely brief cameos in other stories, most notably Graham McNeill’s Fulgrim, if I recall correctly, and so it was great to finally see more of him.

As a fan of Nick Kyme’s work on the Salamanders in the ‘main’ timeline, with his Tome of Fire trilogy, and what little he’s done in the Heresy series via short stories, I went in expecting more of the same level of world-building and detail. And that is exactly what I got. Seeing the Salamanders through the eyes of Vulkan served to provide commentary on both the Legion and the Primarch himself.

Together, this added significantly to the character of both. The Primarchs were created to be warlords, leaders of vast armies the likes of which have never been seen before. And yet, Magnus and Lorgar have shown that they are not content with that descriptor and that they aspire to more than just being warriors. Vulkan is more of the same. He aspires to something greater, something more noble and enabling to the Imperium. This is the core concept being explored by Nick Kyme, and he handles it rather well.

The cover makes it quite plain that Vulkan’s war here is against the Eldar, specifically Exodite Eldar. These are Eldar who prefer to colonise planets and carve out a life bound by planetary restrictions rather than roam the galaxy in Craftworlds, as the majority of the race does. And there are saurian creatures in use here, which is another great point in favour of the novel.

Reading through the novella, Nick Kyme has done a decent job of showing how the Exodites make war, when circumstances demand it. The Salamanders and their Imperial Army cohorts have to struggle against not just the Eldar themselves, but also their creatures, and the world itself. It made for some pleasingly harrowing reading that I wanted more of.

As a tiny exploration of Exodite culture, the novella is rather thin, but then, the focus was always Vulkan and his sons, so that’s fine.

What I loved most of all in the novella were the interactions between Vulkan and the Emperor, from when the latter first arrived on Nocturne (the Primarch’s adopted homeworld). There are also flashbacks of Vulkan’s life prior to the Emperor’s arrival, and we see how the young Primarch changes Nocturnean society, leading it into an age of prosperity and freedom. Prior to Vulkan’s activism, the people of Nocturne suffered constant attacks from the debased proto-Dark Eldar and lived in near-constant fear. But I digress. Compared to the rather straightforward narrative of the ‘present’, the flashbacks have an almost mythical quality to them, as if the author is presenting some sort of epic Norse-like saga.

The Salamanders and Vulkan, plus their Imperial Army allies, are not the only Good Guys on the planet. Ferrus Manus of the Iron Hands, and Mortarion of the Death Guard are also present, with their own Legions and associated forces. There are significant scenes in the novella that show the three brothers together and how the deal with each other.

Like all Primarchs, when compared to each other, Ferrus and Vulkan are similar yet different. I loved how well the camaraderie between the two brothers is established and built upon, especially where the Legion cultures are concerned, for the Iron Hands are obsessed with the mechanical and technological married to the biological, while the Salamanders are concerned with (and for) the “weak” flesh and blood humans around them. As the infamous Iron Hands saying goes, “Flesh Is Weak”. Wonderful stuff, really.

Promethean Sun is definitely one of Kyme’s better pieces, just short of the brilliance of Firedrake and Nocturne. If I have any criticism of the novella, they are that the pacing is a bit off at times and that despite Mortarion making a decent and intriguing cameo, we don’t get to see much of him. Nick points out that Vulkan and Mortarion don’t exactly get along, and I was expecting this concept to be explored further, especially since we get to see a lot of the brotherhood and friendship between Vulkan and Ferrus. Still, something to explore for another time I suppose.

In the meantime, I’m certainly looking forward to Nick’s next Heresy novella, Scorched Earth. It was offered just last week as a limited edition, just like Promethean Sun initially was and will hopefully be re-released in two years’ time.

If you get a chance, then definitely check out Promethean Sun. It was a great read and offered a nice break from the tensions of the main Heresy narrative through its nature as a sort of prequel story. 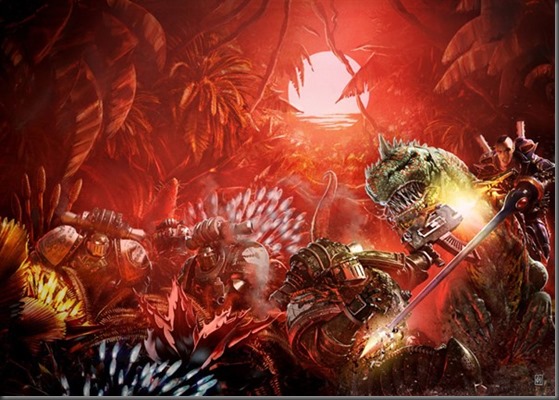