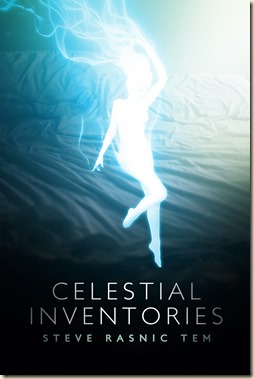 I read my first critical work on short stories back in high school, around 1965 or ’66. It was The Lonely Voice by Frank O’Connor. To say it had a profound influence on me is an understatement. Starting with a discussion of Gogol’s “The Overcoat,” the story of a friendless nonentity, an absurd take on a little man, O’Connor develops his theory concerning the difference between short stories and novels. According to O’Connor, one of the key aspects of the novel form is that there is always a character the reader can identify with, and a context that includes the concept of a normal society. Short stories, on the other hand, involve characters who are outcasts, members of submerged populations, characters who readers cannot identify with.

Even that early in my thinking about writing I thought the idea had its limitations, but it still fascinated me, and I thought there were some strong hints in O’Connor’s theory that might help me understand the relative levels and kinds of reader participation that differentiated the novel experience from the short story experience. I eventually wrote my own horrific nod to “The Overcoat” — it appeared in my first collection, City Fishing.

As the years have passed I’ve come to understand that there are almost as many models of what a short story is as there are writers writing them. The short story form truly is a kind of fiction laboratory, allowing you to create brief narratives sometimes from the most arbitrary and unpromising sorts of materials, narratives which really wouldn’t work at any other length. And that concept of the hard-to-identify-with, outcast “hero” is still a recognizable and powerful approach in the short story genre (along with a great many others).

But I view that outcast a little differently these days. For me, a more useful way to look at the outcast is to use words like invisible, forgotten, secretive, under-appreciated, marginalized, even “shy.” These are the people who don’t always speak up, who hide their feelings, who have secret longings, who sometimes have rich imaginations, who sometimes surprise us with their uniqueness. And far from being impossible to identify with. In fact I believe they may be the most universal characters possible. I think most of us feel like these characters at some point or other in our lives, or perhaps they embody a distinctive part of our own personality which seems to have its own voice and narrative arc, and which we find we have to reason with from time to time (or maybe that’s just me). For me, these shy heroes are the direct descendants of the copy clerk in Gogol’s “The Overcoat.”

This does not mean that they are always everyone’s favorite characters. Some readers want characters who take definitive actions, who transform the world, who embody values most of us would want to emulate — in other words, classic heroes. In fact, for some time now the classic hero has been the model for normalcy in fiction. I’ve read articles and watched many panels on characterization in which writers and editors have stated that A) readers want characters they can identify with and B) your main characters should be dynamic, admirable types who take action and speak their minds and make things happen and change the world.

For me there is a discrepancy in these statements. In my experience, most of the people I’ve met haven’t been dynamic and world-changing. For the most part they’ve been quiet people with good intentions who often feel at the mercy of the more powerful forces around and above them — their relatives, their bosses, the government etc. Some of them appear to have secret, complicated inner lives consisting of dreams and great yearnings. Often they don’t get what they yearn for, but they still make a life, they do the best they can. For me these are shy heroes, and they are everywhere around us. Some people find them boring, but I say it’s only because they haven’t looked at them closely enough (and sometimes it requires a writer or other artist to encourage us to look closely enough). Their triumphs may be small, and somewhat compromised, but at least they are triumphs we can believe.

In my experience shy heroes tend to predominate in slipstream, hard-to-classify fiction. And they tend to predominate in my new collection from ChiZine, Celestial Inventories, as well. Two of the stories (“The World Recalled” and the title story) feature main characters obsessed with creating a detailed inventory count of their lives, often with bizarre and moving results. The Bram Stoker Award-winning “In These Final Days of Sales” chronicles the adventures of the world’s worst salesman. Several of the stories deal with strange and elaborate obsessions: in “Origami Bird” it’s constantly folding pages of data into intricate bird-shapes, in “The Disease Artist” it’s a succession of increasingly serious diseases, and in “The Bereavement Photographer” it’s the final images of dead children. Dreams unfulfilled figure into “The High Chair” and “The Secret Flesh.” In “Invisible” an office worker and his wife fade into a literal invisibility. And in “The Company You Keep” a man without friends discovers a secret, tragic bond with an army of strangers. All are private glimpses into the worlds of the shy heroes we pass every day but do not recognize.