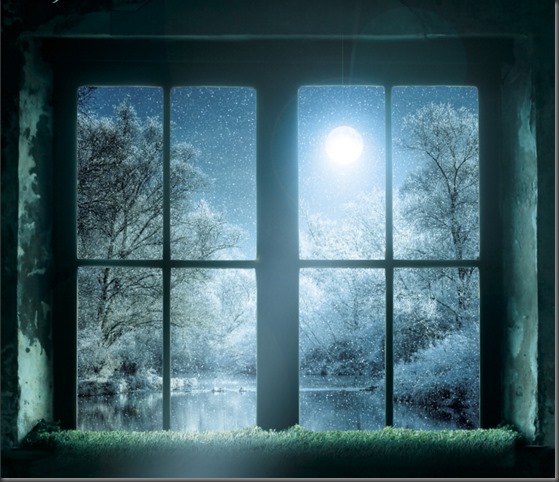 James Treadwell is the author of Advent and Anarchy, two novels that seem to have taken the UK (and perhaps the US?) by storm. In advance of my belated reading of the novels, Hodder were kind enough to hook me up with an interview with James. Read on!

Let’s start with an introduction: Who is James Treadwell?

I think he’s that tall confused-looking bloke in the back row, the one who needs a haircut. He also appears to have bad shoes. 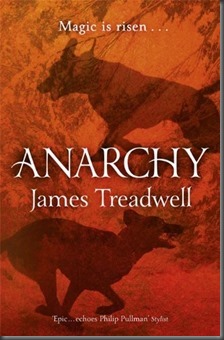 Anarchy, the sequel to Advent, was recently published by Hodder. How would you introduce the series and novel to a potential reader?

I’m very bad at these “elevator pitches” ... I suppose one way I might do it is by asking someone if they’ve ever wondered what it would be like – what it would really, really be like – if something impossible happened to them.

But if I was trying to give a more general thumbnail description of the books, I’d probably say that they’re about the return of magic to the world. To our world, that is, the real world we live in; the one in which we all know there isn’t actually any magic.

Advent is based on something that’s been in my thoughts for years and years, long before I ever thought there’d be a time when I could try making a book out of it. As far as I can remember it started with an image of a boy walking alone in a wood and meeting something inexplicable on the way. Why that particular image felt like it had a story in it I don’t know, but apparently it did. 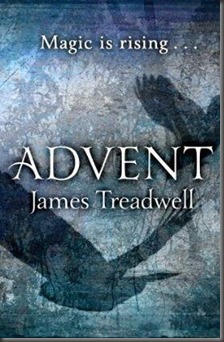 It often seems to start with a small thing like that: a scene, or a particular character, or an event, which somehow feels like it has extra weight. But I don’t really know where stories come from. Philip Pullman once compared it to fishing from a small boat on a big lake. You just sit there, and – if you’re lucky – something eventually grabs the hook, down in that enormous and entirely invisible space beneath you. You can’t make it happen, though. All you can do is concentrate and be patient.

Good question. I wish I could remember. One of the very first things I remember reading – some kind of school reading book, I’d have been six or seven years old – must have been a version of the Nibelungenlied, because I remember the name Kriemhild, and a vague but powerful sense of being excited by dragons and heroes and strange quests. I definitely remember being addicted to a lovely paperback retelling of the Norse myths, a few years later, and I loved Narnia as soon as I discovered it. I can’t remember a time when I wouldn’t have chosen those kind of stories over any other. I’ve always wanted to be enchanted, I suppose.

I love being a writer, for all sorts of reasons. The publishing industry is an entirely different matter. Not in a bad way – I have a wonderful agent and editor, and whenever I go into my publishers’ office I’m astonished (and delighted) by how cheerful they all seem to be. But I know nothing at all about the whole business of printing, marketing and selling books. I do writing: anything beyond that is up to someone else.

Everyone has work habits, don’t they? What can I think of that might be a little unusual? I write using pen and paper, which probably counts as a quirk. I always leave the house. I treat first drafts as raw material rather than anything approximating a final product.

I suppose I’ve always liked the idea of trying to tell stories, but the prospect of actually being an author never seemed realistic until a quite unexpected combination of circumstances came about when I was in my mid-thirties.

I did write a sort of sprawling second-hand fantasy epic in my teens. It was inexcusably terrible last time I looked, so much so that I haven’t dared look again for a very long time. But I do have happy memories of the process itself: staying up late(-ish) in my bedroom, letting the imagination work and ignoring everything else.

By “the genre” we mean fantasy, yes? That’s a big and interesting question.

I’m intrigued by the prevailing unseriousness of fantasy these days. A lot of the best work has a kind of knowing, sardonic cool in it somewhere, as if it’s written by a generation hugely influenced by Douglas Adams. I’m thinking of someone like Terry Pratchett, whose version of fantasy is openly satirical. But I’m also thinking of someone like Joe Abercrombie, where you have fairly conventional fantasy material, but treated in a highly ironic manner (like with the title of The Heroes). Even with Neil Gaiman – who I think is an authentic genius, one of the best writers alive – there’s a shimmer of witty brilliance over everything, a sort of dark sparkle. You see much less of the gentle earnest solemnity of Tolkien or Le Guin, these days. Another way of putting it: think about the difference between Frodo Baggins and Tyrion Lannister as fantasy protagonists. Or, think of how much more wisecracking and cheeky Dr. Who has become.

Part of the reason this intrigues me is that I’m pretty sure my own writing entirely lacks this quality. But I don’t really want to talk about where I fit or don’t fit into a genre: that’s for others to discuss, if they want to. Besides, thinking about my work in relation to Gaiman’s or Le Guin’s is just going to make me sad.

I know what I’m going to do once the Advent trilogy is finished (which will be in a few months). It’s a project that has come about in an utterly extraordinary way, so extraordinary that I really can’t say very much about it. Sorry.

I’ve just finished Gossip From the Forest, Sara Maitland’s book about fairy tales, which is wonderful. I’m working my way through M John Harrison’s Light – Nova Swing – Empty Space trilogy, also very remarkable. I particularly like the fact that it features suburbs and streets and train stations from my patch of West London. I’ll never look at the roundabout in Mortlake quite the same way. 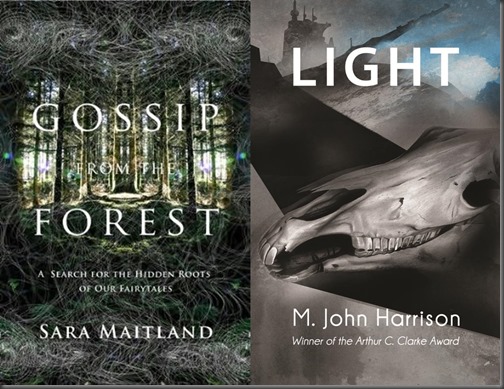 I’m too chicken to read H.P. Lovecraft. It’s true. He gives me nightmares. Quite a few people have told me that my books are rather “dark”, but I’m a total literary coward. I can’t handle any sort of horror.

Probably watching the Winter Olympics on the BBC. Biathlon! Curling! It would be different if it was all the time, but when it’s once every four years you have to grab the opportunity with both fists. Carpe curling, as Horace might have said.

James Treadwell’s Advent series is published by Atria in the US (artwork below). Advent and Anarchy are available now. Here’s the synopsis for Advent (from Goodreads):

“A drowning, a magician’s curse, and a centuries-old secret.”

1537. A man hurries through city streets in a gathering snowstorm, clutching a box in one hand. He is Johann Faust, the greatest magician of his age. The box he carries contains a mirror safeguarding a portion of his soul and a small ring containing all the magic in the world. Together, they comprise something unimaginably dangerous.

London, the present day. Fifteen-year-old Gavin Stokes is boarding a train to the countryside to live with his aunt. His school and his parents can’t cope with him and the things he sees, things they tell him don’t really exist. At Pendurra, Gavin finds people who are like him, who see things too. They all make the same strange claim: magic exists, it’s leaking back into our world, and it’s bringing something terrible with it.

First in an astonishingly imaginative fantasy trilogy, Advent describes how magic was lost to humanity, and how a fifteen-year-old boy discovers that its return is his inheritance. It begins in a world recognizably our own, and ends an extraordinarily long way from where it started – somewhere much bigger, stranger, and richer. 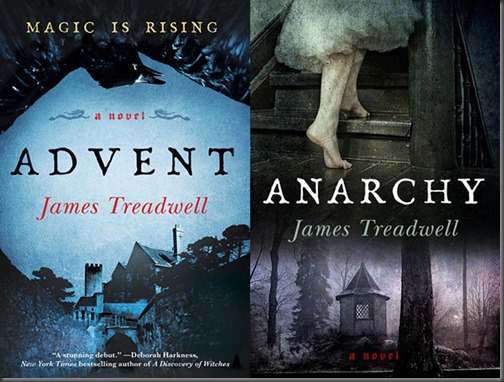