A Quick Chat with Jon Sprunk, author of “Shadow’s Son” and “Shadow’s Lure” 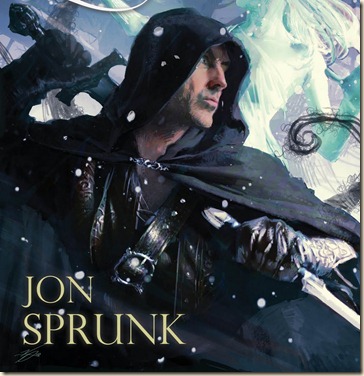 Last year, Pyr in the US and Gollancz in the UK published Shadow’s Son, the debut novel of Jon Sprunk. It was a rollicking fantasy tale of an assassin who is faced with a fateful decision on which the future of a nation depends. It was classic character-driven and action-led fantasy, which I really rather enjoyed. With the sequel’s publication later this year, I contacted the author with a handful of questions, and he was kind enough to answer them.

Shadow’s Lure is going to be published in July. It’s your second novel to feature the master-assassin Caim. How would you describe the series to new readers, and introduce them to your world in general?

Well, like you said, Caim is an assassin. He’s generally a loner, except that he has this friend from the fae realm, Kit, but he’s the only one who can see or hear her. Anyway, he’s doing a job when he is confronted with one of those choices in life where everything hangs in the balance. He can let an innocent girl die, or he can risk his life and livelihood to save her. He chooses the latter, and then the shit hits the fan as he gets sucked deeper and deeper into a scheme that threatens the balance of power in his world. Lots of mayhem ensues. 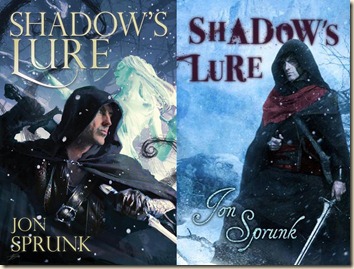 What drew you to the fantasy genre in the first place, and who and what would you say are the biggest influences on your work?

Great stories about mysterious worlds where anything could happen are what drew me to fantasy when I was child, and it’s still what I look for today. I love old and new fantasy, although I still gravitate toward old-school stuff like Robert E. Howard, Fritz Leiber, Michael Moorcock, H.P. Lovecraft. Also Glen Cook, George Martin, and Joe Abercrombie. As far as influences, I think that’s better answered by the readers. I can tell you what I like, but I’m not sure I always know what ‘bleeds through’ in my own writing.

What’s your opinion of the genre as a whole today? In particular, how do you think the proliferation of online social media is affecting authors?

I think fantasy is healthier, as a genre, than it has been for a long time. Maybe ever. Fantasy and sci-fi have traditionally been the hangouts of the geeks among us, especially the alternative world fantasy that I grew up reading. But times are changing. I think modern media is very friendly to these genres. Take Peter Jackson’s The Lord of the Rings movies. They brought tremendous attention to fantasy, like Star Wars did for sci-fi back in the ’70s and ’80s. Now, urban fantasy is tapping into the detective and romance genres.

I’m cautiously optimistic about the advent of online social media. I’m on Facebook and Twitter just about every day. I think it’s a nice way to stay in touch with your readers without sacrificing your personal space. I do worry, though, that I spend too much time on them and not enough on writing.

It’s been a dream of mine since high school to be published and see my books on a bookstore shelf, so the feeling is fantastic. I’m so happy that I landed at Pyr Books. They take good care of me. Writing full-time is... new. There’s some added pressure that comes with the territory, but it’s also liberating at the same time. I just hope people will enjoy what I produce. 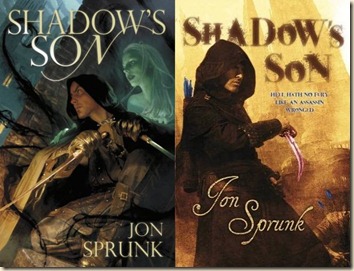 Do you have any specific working, writing, researching practices, or authorial habits?

I’m a habit writer. I work best when I have a regular schedule. I write in the evenings after my wife comes home from work. And I have larger blocks of time on the weekend. I aim for one thousand words per day. If that all sounds very rigid and anti-artistic, well, it keeps me focused. I found out long ago that trying to write in small chunks throughout the day doesn’t work for me – I spent too much time going over what I had just written instead of making new progress. Other than that, there’s not much to tell. I research as a last resort, mainly because I’m not writing historical fiction (yet), and most everything I need is already banging about inside my brainpan. Sometimes I’ll look up certain fighting techniques or maps of castles and medieval towns for inspiration, but only enough to add veracity.

I’ve been writing since my early teenage years, but my first attempt at a novel started at the end of my high school career and carried over into college. Not long after graduating with a B.A., I finished my magnum opus and sent it out to every publisher in the Writer’s Market reference guide. I awaited instant success, oodles of cash, and legions of adoring fans. Maybe even a Nobel Prize. Sadly, the world was not yet ready. That first novel was truly horrible. A real pile of crap. But some part of me still remembers it fondly. Maybe someday I’ll dust it off and see if I can salvage anything. Or maybe not. Some memories are best left buried in the attic.

Well, I’m currently working on the third instalment of the Shadow series, which should be released in the summer of 2012. After that, I’d like to turn my attention to an entirely different novel. It may be set in the same world, but will feature entirely new characters. I can’t tell you too much about it (yet), but it’s a more ambitious project than I’ve ever attempted before. Keep an eye on my blog and website.

Right now I’m re-reading A Song of Fire and Ice (George R.R. Martin) in anticipation of the HBO series based on the books. Next on my list is The Greyfriar by Clay and Susan Griffith, whom I met at Dragon*Con last year. Good people.

Besides peace on Earth? I’m not following too many series right now, or I’m just catching up with books that have been out for a while. I hope Surrender to the Will of the Night by Glen Cook will be out in paperback this year. I’ll try to wait until A Dance of Dragons (Martin) is out in mass market, too.

Thanks a lot for this chance to connect with your readers. Take care. 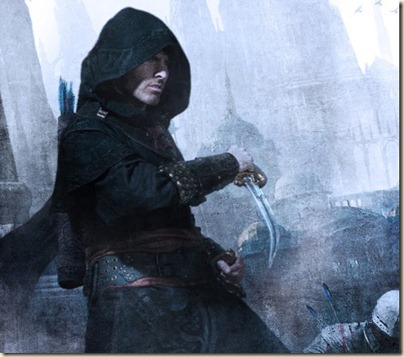