Capsule Review: “The Reapers Are The Angels” by Alden Bell (Tor) 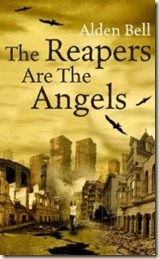 The Reapers Are The Angels is one of the year’s most hotly-anticipated novels in the post-apocalyptic genre. The novel is certainly entertaining and ticks many zombie-fiction boxes, but it is not without its faults or shortcomings.

Temple is an orphan living alone in a post-apocalyptic world. The majority of the population have succumbed to a disease that causes their bodies to come back as flesh-eating revenants capable of passing on their infection to the living, assuming they aren’t consumed first. Temple has survived into her teens by being tough and very hard to kill. Then one day she meets Maury, a sweet gentle man with severe learning difficulties who, without quite knowing why, Temple takes under her wing. The two find themselves on the run from a man who believes Temple wronged him, and this story follows their journey from sanctuary to sanctuary in search of a home.

You know what I think? she says.

What do you think?

She points through the hole into the dark throat of the diseased landscape.

I think you’re more dangerous than what’s out there.

Well girl, he says, that’s a funny thing you just uttered. Because I was just now thinking the same thing about you.

Now I must admit that I am not normally a fan of horror fiction, though I do enjoy Supernatural (watched with the lights on and something/-one to hide behind). However, I read the first few pages of The Reapers Are The Angels and found myself hooked. Written more as a transcript or stream-of-consciousness than a more traditional narration, the style lends a certain immediacy to events and really draws the reader in. The first half of the book is vivid and the story is edgy and well written. I must confess to actually having nightmares the fist night after I had started reading it – some would say that is a major compliment to the author!

Unfortunately, in the second half of the book the world of the story starts to unravel a bit in terms of credibility. Whether or not you can bring yourself to believe that a sixteen-year-old girl can survive and fight off zombies on her own is not for me to say, and there are a few points in any story of this genre where belief and scepticism really do need to be well and truly suspended. However, if, like me, you are of a more practical bent, you may find the second half of the book frustrating as certain plot points and characters don’t really click, and there are scenarios that perhaps could have done with being explored a little more, and some explanation or acknowledgement offered of why they were so jarringly out of place in the world Bell has created – for example, the survivors’ sources of power, food, clean water, and so on aren’t properly explained, and some of the survivors seem to enjoy a level of luxury and comfort at odds with the plot and setting.

All in all however, this is a well written and delightfully detailed gore-fest that should appeal to anyone who likes their meat served resurrected and shambling. 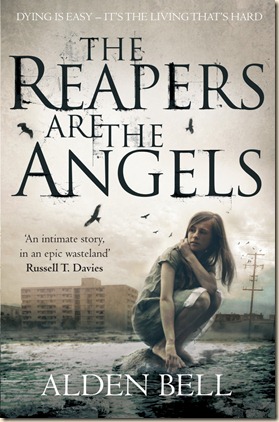 Posted by Civilian Reader at 12:44 PM