An Interview with RACHEL POLLACK 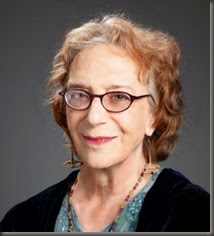 Let’s start with an introduction: Who is Rachel Pollack?

I’m a 68 year old writer living in the Hudson Valley of New York, after 19 years living in Europe primarily Amsterdam. THE CHILD EATER is my 36th book, coming right on the heels of 35, a non-fiction guide to a new oracle card deck, called The Burning Serpent, conceived and developed with artist Robert M. Place. This is fitting, since my first novel, Golden Vanity, was published at the same time, summer of 1980 as my first Tarot book, 78 Degrees of Wisdom. Golden Vanity is available now from Gollancz as an e-book (along with all my previous SF books), but otherwise long out of print. 78 Degrees has never been out of print, and is sold all around the world. My novel Unquenchable Fire won the Arthur C. Clarke Award, while Godmother Night won the World Fantasy Award. Temporary Agency was short-listed for the Nebula. I’ve published seven novels, plus two collections of short stories, one of reprints and one of all-new stories. I’ve also had a chapbook of poetry published, and created a Tarot deck, The Shining Tribe, drawing all the cards myself. A few years ago I co-translated the ancient Greek play Oedipus Rex, working with a scholar of ancient languages named David Vine. Our version is called Tyrant Oidipous.

Your next novel, The Child Eater, is published in July by Jo Fletcher Books. How would you introduce the novel to a new reader? Is it part of a series?

THE CHILD EATER moves back and forth between two worlds – a medieval style fantasy world dominated by powerful magicians, called Masters, and present-day small town America. In each, we find a boy enmeshed in magic. In the first, Matyas, poor and terribly abused by his father, runs away to become the greatest Master of his age, only to fall and become a helpless beggar who cannot even remember his own name. In the second, Simon Wisdom, son of a loving father, tries to suppress his powerful psychic abilities, knowing only that his father fears and hates them, and they seem to have killed his mother. What unites them – even though they will never know each other – is the terrifying figure of a gray man with an ancient stone knife. This is the Child Eater, who kills children and uses their heads in a ritual even the magicians have tried to banish from memory.

Though I found this world an incredibly rich place to explore and develop, I have no plans at the moment to make it a series. But now that I write this… 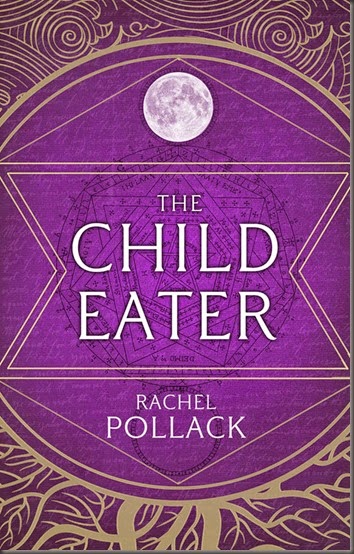 The novel comes from the final two stories in my collection of original tales, The Tarot Of Perfection. They told the story of Matyas and Simon, but in a much simpler form. I kept thinking there was much more to these people, and these worlds that seemed so different and yet were entwined together. Beyond that immediate cause, the novel comes from my intense interest in magic, myth, and folklore of many cultures, most of all Jewish. For many years I have been fascinated by certain tales from the Talmud and the Middle Ages. In this case the seed story was a belief that magicians would cut off the heads of boys who were about to be bar mitzvahed and use them to gain secret knowledge. Another important source was an essay by Peter Lamborn Wilson about the 18th century French visionary Charles Fournier. Wilson’s descriptions gave me a sense of magic that was ecstatic and real, beyond spells and power. Almost my favorite scene in the book is the moment Matyas, still an apprentice, sees a vision of the greater cosmos, and all the wizards, and even the spirits, gather round him in awe. 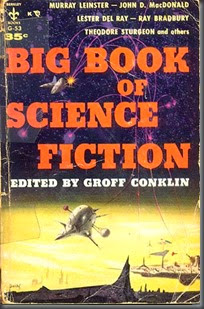 I loved fairy tales as a child (and still do), so it seemed a natural move to fantasy and science fiction. I remember reading anthologies like Big Book Of Science Fiction when I should have been sleeping, and giving 1, 2, or 3 checks to my favorite stories.

The industry is in a difficult state at the moment, which makes everything difficult, but the people I’ve worked with, particularly in the SF field, are a wonderful group – dedicated and enthusiastic.

Like many writers, I try to write 1,000 words a day. I write everything longhand and then type it into my computer for the second draft. I often write in cafes, or the library. 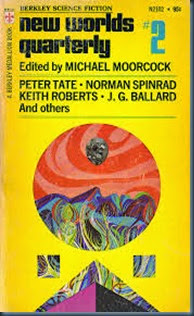 I began writing when I was about 7 or 8 years old. My family went on a trip and to keep me occupied my parents gave me a Big Eagle Tablet and a pencil. I promptly began a fantasy epic. It didn’t get very far but I kept writing. My first published story was “Pandora’s Bust” in Michael Moorcock’s New Worlds Quarterly. This was in 1971. Back then, of course, you had to include a return envelope for your manuscript if they rejected it, and I was so used to those large envelopes coming back that when I got a regular size envelope, with Michael Moorcock as the return envelope, I wondered why he would be writing to me. Then I realized and tore open the envelope.

The genre seems to me to have opened up in some very exciting ways. There’s a new emphasis on wild and very speculative ideas. At the same time, characters are more vivid and real. It’s always hard to say where one’s own work fits in, but I’m definitely in the ideas camp, but also very much try to create characters who are real within their worlds. 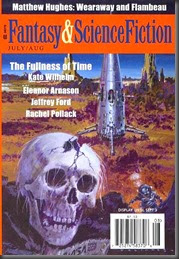 Novels are often slow for me, but I’m currently writing a series of novellas about a kind of private eye shaman (called a Traveler) named Jack Shade. As with everything I do, I’ve been making up my own magical world and lore rather than, say, adapting some existing tradition.

In non-fiction I’m reading an amazing collection of essays about magic – both stage magic and ritual/shamanic magic – called Magiculum. Possibly the best novel I’ve read in the past couple of years was Boneland, by Alan Garner. Remarkably, it was the third book in a trilogy, the first two of which were published fifty years ago. I just finished The Girl On The Road, by Monica Byrne, which I liked. Now I’m reading Lexicon, by Max Barry. 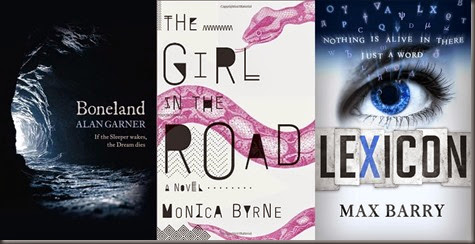 As well as writing my books longhand, I use antique fountain pens, some 100 years old.

First of all, the publication of THE CHILD EATER. Beyond that, I have a trip to Australia and China coming up that I’m very excited about.