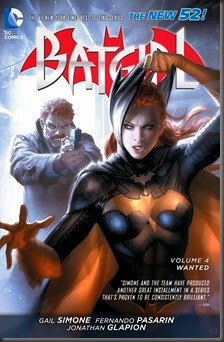 Batgirl struggles to continue fighting crime after being emotionally drained by the death of her brother, James, Jr. With her relationships with Batman and her father strained, Batgirl face one of Batman’s most ruthless villains, The Ventriloquist, alone.

Gail Simone’s run on Batgirl has been critically acclaimed from seemingly all quarters. As, actually, has most of her work. This was the first series written by her that I’ve tried, and it has been a favourite of the New 52 titles ever since. That being said, though, I’m not really sure how to write about it. So, I’ll keep this brief and to the point… It’s really good. Ok, that was a bit too brief…

Simone’s writing is excellent throughout. Not only has she crafted an engaging, unrushed overall narrative, but she’s also done a brilliant job of digging deep into what Barbara/Batgirl is going through. And, indeed, Simone really puts our heroine through a beating, physical and emotional. For example, there is the fallout (psychological and otherwise) resulting from the death of her brother; the tension between her and her father; the death of someone else close. And, of course, the baddies: in this book, the Ventriloquist is at the centre of Batgirl’s world, and she is damned creepy. Her origin story backs it up, too. Possibly one of the creepiest, non-cartoony DC villains I’ve read in a while. And a previous group of villains resurfaces, bringing with them an interesting example of franchising or outsourcing crime. I know that’s all a little bit vague, but Batgirl is subjected to a lot of trauma in this collection, and all of it is pretty momentous. It’ll be really interesting to see how Barbara’s story continues.

As for the artwork? It’s brilliant. Pasarin and Glapion do a wonderful job of realising Simone’s story, and also Bennett’s in the Gothtopia issue. The panels, full-pages are all clear, vibrantly coloured and yet still appropriately moody and atmospheric.

If you haven’t read this series, yet, I would strongly recommend it. Personally, I think it’s much better than Simone’s work on Red Sonja (but that may be a result of my general disappointment with that series as a whole). 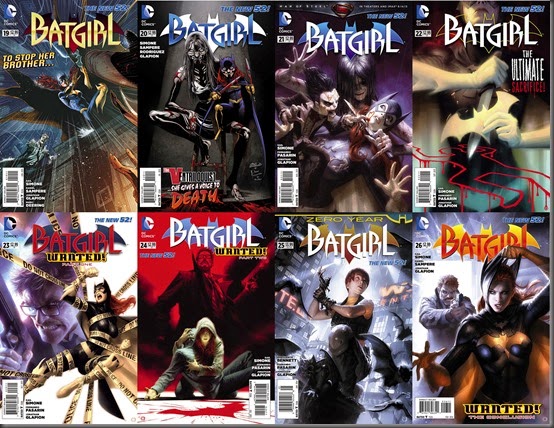