An Interview with KENDRA LEIGHTON 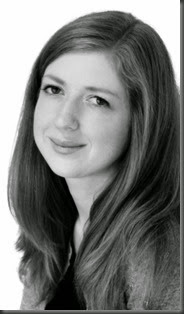 Let’s start with an introduction: Who is Kendra Leighton?

I’m a YA writer and chocolatier living in Cambridge. I run an organic chocolate company called Rawr Chocolate with my partner during the day, and the rest of the time I’m either reading or writing YA (usually whilst eating chocolate).

Your debut novel, Glimpse, is due to be published tomorrow by Much-In-Little. How would you introduce the novel to a new reader?

Glimpse is a YA paranormal novel inspired by Alfred Noyes’ classic poem “The Highwayman”. It isn’t a retelling, but relies on the events of the poem to tell a whole new story. The main character, Liz, is a seventeen year old girl with numerous problems, the biggest being the ability to see things that shouldn’t exist. When her grandfather dies, she inherits his home – the five-hundred year old Highwayman Inn – and moves there with her dad, hoping for a fresh start. Her problems only get worse… 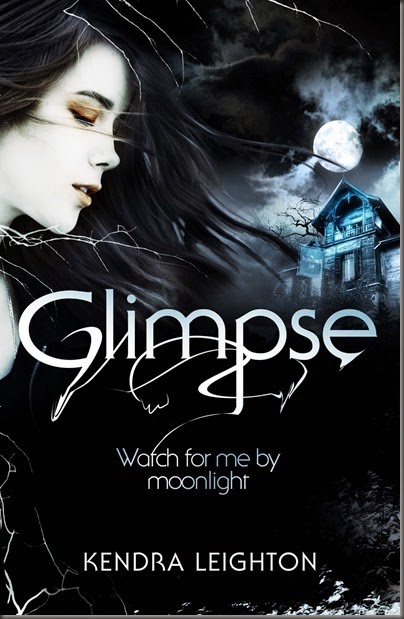 I’ve always loved gothic fiction, from the classic novels I studied at university to modern-day paranormal. It was a given that my first book would be somewhat gothic in tone. When I decided I wanted to write a ghostly love story, I thought instantly of the “The Highwayman” poem – it’s already the perfect romantic ghost story – and from there the idea for Glimpse was born.

Classic poems are my current favourite source of inspiration, but ideas can come to me from anywhere – documentaries, books, the news, you name it.

I’d always been a big reader, but after university I fell off the reading-wagon. I struggled to find modern books I enjoyed as much as the classic gothic fiction I’d studied. Then my teenage sister persuaded me to read some of her YA paranormal novels, and I fell in love – they had a similar combined darkness and innocence as gothic novels, but updated to the present day. Since then, I’ve read almost solely YA, and branched out into every possible genre within it. 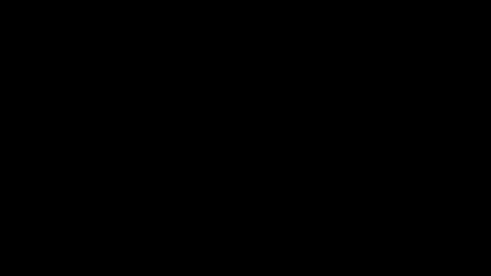 I love writing, it’s my absolute passion. As for specific practices, I’m not too fussy about how I write since my days are pretty unpredictable! The main constants are that I need it to be quiet, I always start by rereading what I wrote the time before, and I write better in the mornings.

Unlike a lot of authors, I didn’t always want to be a writer – it was only after discovering YA that the desire sparked. As for my first foray into writing, Glimpse is it! I’ve re-written it so many times in the last five years, however, that it feels more like my fourth novel than my first.

YA paranormal romance as a lot of people think of it – vampires, werewolves, angels, love triangles – seems to be have passed its peak. There’s still a readership for dark romantic fiction, though, it just needs to be a bit more creative, which is something I strove for with Glimpse.

That would be telling! I’ve completed another novel and a half since finishing Glimpse – one a sci-fi and one based on another classic poem – so we'll see what happens with them.

I’m reading Raging Star, the final novel in Moira Young’s Dustlands trilogy. I don’t read much non-fiction other than writing books, but I am trudging through one book at the moment for research purposes: Merchant Seamen, Pirates and the Anglo-American Maritime World, 1700-1750 by Marcus Rediker. 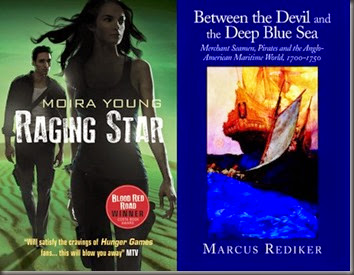 Despite loving paranormal and gothic novels, I have a low threshold for horror. I easily wimp out when faced with scary films and books!

The obvious answer is Glimpse’s release, but since that’s happening this week I’ll pick something else too! I’m really looking forward to next month’s YA Literature Convention at London Film and Comic Con. It’s the UK’s first YA convention, and I can’t wait to geek out with other YA authors, bloggers and readers.

Glimpse is published tomorrow in the UK by Much-In-Little.