I’ve been signed up to the Amazon Associates programme for what feels like forever, but this month was the first time I’ve earned enough to receive pay-back. So, as I always intended to do, that money will be going towards books that I will be reviewing here. Given the timing, some of this money will go towards buying eBooks of ARCs I’ve received and won’t be able to take with me to Canada. (Sad.) Much like the “Books Received” posts, therefore, I thought I’d share details on the books I bought (so far) with the Amazon credit… 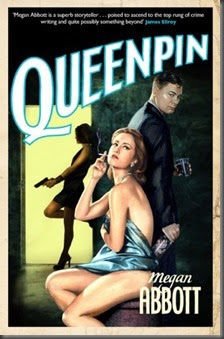 A young woman hired to keep the books at a down-at-heel nightclub is taken under the wing of the infamous Gloria Denton, a mob luminary who reigned during the Golden Era of Bugsy Siegel and Lucky Luciano. The moll to end all molls, Gloria is notoriously cunning and ruthless. She shows her eager young protégée the ropes, ushering her into a glittering whirl of late-night casinos, racetracks, betting parlours, inside heists and big, big money. Suddenly, the world is at her feet -- as long as she doesn't take any chances, like falling for the wrong guy.

It all falls to pieces with a few turns of the roulette wheel, as both mentor and protégée scramble to stay one step ahead of their bosses and each other.

In the tradition of hardboiled potboilers such as Double Indemnity and The Grifters and mob tales such as Goodfellas, Queenpin offers a feminine twist on a classic story of underworld seduction and greed, or tortured loyalty and inevitable betrayal.

I still haven’t read anything by Abbott, but I now have four of her novels – Dare Me, The End of Everything, and The Fever as well as this one. I’ve heard nothing but excellent things. 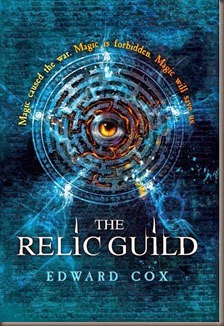 It was said the Labyrinth had once been the great meeting place, a sprawling city at the heart of an endless maze where a million humans hosted the Houses of the Aelfir. The Aelfir who had brought trade and riches, and a future full of promise. But when the Thaumaturgists, overlords of human and Aelfir alike, went to war, everything was ruined and the Labyrinth became an abandoned forbidden zone, where humans were trapped behind boundary walls 100 feet high.

The only people Clara can trust are the Relic Guild, a secret band of magickers sworn to protect the Labyrinth. But the Relic Guild are now too few. To truly defeat their old nemesis Moor, mightier help will be required. To save the Labyrinth – and the lives of one million humans - Clara and the Relic Guild must find a way to contact the worlds beyond their walls.

Because I read an early version, loved it, and can’t wait to read the final version. It’s also available as part of Gollancz’s 2014 Debuts eBook Promotion, so it’s only £1.99. 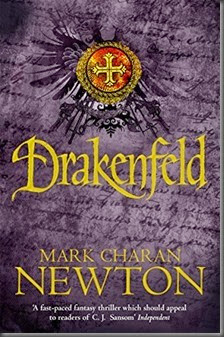 The monarchies of the Royal Vispasian Union have been bound together for two hundred years by laws maintained and enforced by the powerful Sun Chamber. As a result, nations have flourished but corruption, deprivation and murder will always find a way to thrive…

Receiving news of his father’s death Sun Chamber Officer Lucan Drakenfeld is recalled home to the ancient city of Tryum and rapidly embroiled in a mystifying case. The King’s sister has been found brutally murdered – her beaten and bloody body discovered in a locked temple. With rumours of dark spirits and political assassination, Drakenfeld has his work cut out for him trying to separate superstition from certainty. His determination to find the killer quickly makes him a target as the underworld gangs of Tryum focus on this new threat to their power. Embarking on the biggest and most complex investigation of his career, Drakenfeld soon realises the evidence is leading him towards a motive that could ultimately bring darkness to the whole continent. The fate of the nations is in his hands.

I have no idea why I haven’t read this, yet. I loved Newton’s first series, The Legends of the Red Sun, after all. I think it arrived during one of my fantasy-fatigue moments, so got put back. Now I have no excuse.

Also on CR: Interview with Mark Charan Newton; Catch-Up Interview; Reviews of The Nights of Villjamur, City of Ruin, The Book of Transformations, and The Broken Isles At twenty-three, after leaving graduate school to pursue her dreams of becoming a poet, Joanna Rakoff moves to New York City and takes a job as assistant to the storied literary agent for J.D. Salinger. She spends her days in the plush, wood-panelled agency, where Dictaphones and typewriters still reign and old-time agents doze at their desks after martini lunches, and at night she goes home to the tiny, threadbare Brooklyn apartment she shares with her socialist boyfriend.

Precariously balanced between glamour and poverty, surrounded by titanic personalities and struggling to trust her own artistic sense, Joanna is given the task of answering Salinger’s voluminous fan mail. But as she reads the candid, heart-wrenching letters from his readers around the world, she finds herself unable to type out the agency’s decades-old form response. Instead, drawn inexorably into the emotional world of Salinger’s devotees, she abandons the template and begins writing back…

I’m actually reading this at the moment, having started it last night. In fact, I should have it finished tonight, and reviewed by the end of the week. It’s a… strange read. I can’t stop reading it, and the prose is very breezy, but at the same time I can’t figure out if I like it or find it really irritating. Hopefully I’ll have figured this out by the time I review it. My Salinger Year is not what I was expecting – in some ways, this is very disappointing, while in others it has been better than expected. 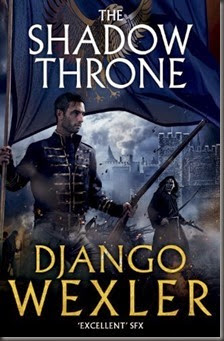 Really enjoyed the first novel in the series, The Thousand Names, and also the short story The Penitent Damned. I am, therefore, very much looking forward to reading this. It’s out on July 3rd. The Shadow Campaign has already been garnering good reviews, so I’m rather excited about starting this ASAP. Maybe on Thursday, as soon as it’s delivered to my Kindle…

Also on CR: Interview with Django Wexler; Reviews of The Thousand Names and The Penitent Damned; Guest Post on Terry Pratchett