An Interview with BEN PEEK 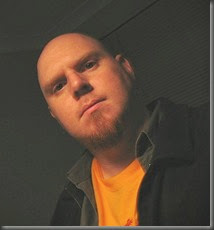 Let’s start with an introduction: Who is Ben Peek?

I’m an author who lives in Sydney, Australia with my partner, Nikilyn Nevins, who is a photographer.

THE GODLESS – the first book in my Children Trilogy – is my fifth book. My previous books are Black Sheep, Twenty-Six Lies/One Truth, and Above/Below, with Stephanie Campisi. My collection, Dead Americans and Other Stories, was released earlier this year. In addition to that, I’ve done a few other things, such as a psychogeography pamphlet, an autobiographical comic, and lectured and taught at various places.

I also may, or may not, be listening to the Velvet Underground as I reply to this.

Your next novel, The Godless, is published in July by Tor UK and St. Martin’s Press in the US. How would you introduce the novel to a new reader?

The book is the first in a fantasy trilogy, and takes place in a world where, fifteen thousand years ago, a war between the gods took place. In its aftermath, the sun was broken into three, the ocean turned black with blood and rose, and the bodies of the gods fell to the ground, where they lay in a state best described as both dead and dying. In the centuries that followed, their powers seeped into the world, altering it, and altering some of the people who lived there.

The book begins in the town of Mireea, which is build on the mountain cairn that lies over the giant corpse of the God, Ger, and an army is marching up to it, to seize it. Ayae, a cartographer’s apprentice, is a refugee from a war on a different continent, and is the first of the characters that the reader will be introduced to. Shortly after, they will meet Bueralan, a saboteur, and lastly, Zaifyr, a man adorned with charms. 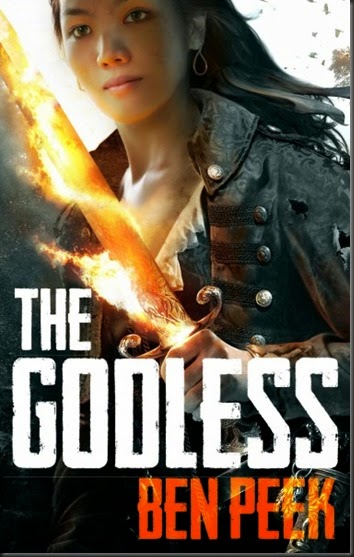 I had hit a rough patch in my career a few years back. Maybe 2009, 2010? Around there, at any rate. A previous novel of mine had, I suppose, fallen victim to a mix of my own actions, and that of the global financial crisis that hit the world, and I ended up going through two agents and a publisher with it. At the end of it, I was forced to ask myself what I wanted out of writing – it can be a hard gig, and I had been publishing fiction since I was seventeen, and there was a moment, really, when I thought maybe I was kind of done.

Instead of giving up, I ended up reading a lot of the work that had drawn me to writing in the first place, and a lot of that was fantasy from the eighties and nineties. Margaret Weis and Tracey Hickman, David Eddings, etc., I read it all, back then, and I found myself reading them again with the nostalgia of my youth. I got a nice recharge from it, but more so, I also felt as if it didn’t really connect to my adult self as much as I would like it. It didn’t have that intricate, complex characterisation that I had found in Leiber’s Fafhrd and Mouser series, or that simply amazing world building of Steve Erikson’s Malazan series (though you could argue that Weis and Hickman’s Death Gate Cycle was pretty intricate) and… well, I found myself writing a fantasy series. I really wasn’t convinced I would do anything with it than write it for myself. I figured I would write something that I would like to read, and just sorta see where I was at the end.

And here I am. 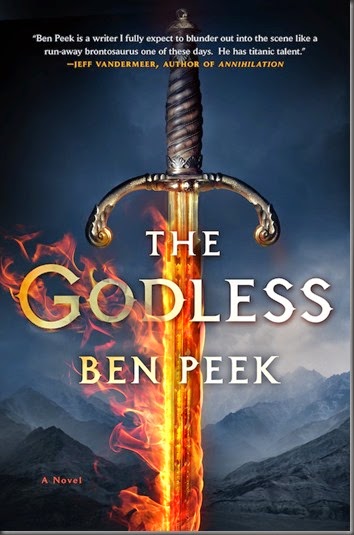 You’ve also had a collection of short stories published by ChiZine, Dead Americans. What were the greatest challenges of writing a full-length novel, compared to short stories?

They’re basically different forms. The difficulty of a short story is ensuring that it is completely contained, that it works on the short forms, and that you can condense everything. A novel is sort of an endurance test. You have to pace differently, work differently.

What made you shift from the surreal to epic fantasy?

I didn’t really shift. At least, I don’t think so – I have always kept a fairly broad range of forms in my writing, because I like the diversity. It’s good for the writer to change things up, and short stories really make a good form for that. In fact, if you read Dead Americans – and lets face it, with such a title, you totally should – you’ll see pieces where figures like John Wayne sit beside a strange fantasy world that is, in many ways, a precursor for the Godless and the world there. 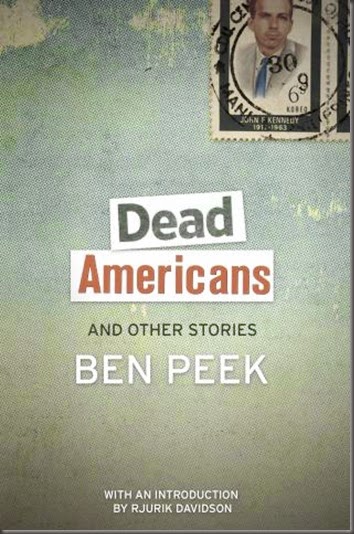 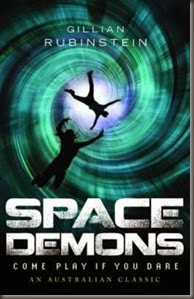 School, friends, the usual, I guess. I grew up reading a lot of Asterix and 2000AD comics, interspaced with Transformer and Robotech cartoons. I loved Star Wars as a kid. My father thought it was all a bit of a waste and a boy ought to be out playing sport and such, so that gave it all a bit of a rebellious feel, as well (though he died when I was quite young, so honestly, not much of one). One of the first books I read and loved was Space Demons, this kids book by Gillian Rubenstein, who writes now as Lian Hearn, I believe, and it was a book where kids play a video game and get sucked into it, and I’ve never forgotten it. But the big thrust of it came from my oldest friend and I, who used to swap books, and watch all this geek shit together, which we still do, though less so now we’re adults. A lot of my friendships have included that sorta culture swap of stuff and I imagine it’ll continue to be so.

I try to make sure I am always working on things I enjoy, which is how I enjoy it, and plan to keep enjoying it. Some authors are forced to write things they don't want for money, but you know, I have doctorate that I’ve always abused for when I need to make some money, and I can always fall back on that, if necessary. It’s a nice position to have, and I know not everyone has that, though.

The publishing industry is alright, but I’m happy to be left alone by it to write books, if I was being honest. But that’s why you have agents, and editors, and sadly, even marketing departments (even if they do hate all my titles).

A few, yeah, but they tend to be specific responses to specific demands of the project. Mostly, however, I have patterns for how I write, which involves a lot of rewriting, and drafting, and I try to keep a good routine for when I’m in a project, because I have found that it is most conductive for allowing you to write longer projects.

I mostly work in silence, though. I find music – which I love – draws me out of the moment, and out of the work, so usually I am just in my office, typing away and occasionally repeating dialogue to myself.

When did you realize you wanted to be an author, and what was your first foray into writing?

My oldest friend began writing a novel when he was, like, thirteen, maybe fourteen, and he said I should try. I stuck with it a lot longer than he did – in fact, by fifteen I’d written a novel, the first of a huge, multi-book series that was sure to be hugely popular and amazing, and which was subsequently lost when my mother threw out the old computer that I wrote it upon.

Do you still look back on it fondly?

It’s very pristine in my memory and, because no reality of it exists, nothing can contradict this memory.

I think the speculative fiction, as a whole, is currently growing, both up and out, and more broadly, and I happen to think that that is a very good thing. The fantasy I grew up reading, while I love it with the memories of my teenage self, was also very conservative – everyone was pretty straight, pretty white, and a lot of it had pseudo-Christian-flavours all through it. It wasn’t all of it, of course, but it was a good chunk of it, and I think a lot of that dominance is being broken up, and a lot more diversity is coming in. It doesn’t mean you can’t have your conservative, straight white fantasy – I mean, if you want to read that, hey, whatever, y’know? But it’s important that there’s more than that, and I think we’re seeing that slowly come about, which is only good.

As for my work, I honestly don’t know. I’ll let other people figure it out and, once they’ve got it done, they can write a thesis about it.

I’m about to start work on the third book in the Children Trilogy, which doesn’t currently have a title. I finished the second one, Leviathan’s Blood, a few weeks back. 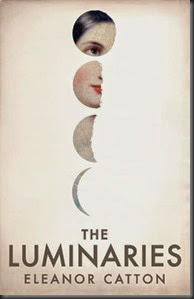 Probably that I have a doctorate. I wrote a mosaic novel about Sydney for it, which my partner and I are organising into a great, big book full of her photography and my words, which we may crowdfund, but who knows.

Honestly, I’m keen to see how The Godless will travel. This is my first big release – I’ve spent most of my twenty years in the independent presses, so everything with this book is a new experience for me.

Ben Peek’s The Godless is due to be published by Tor UK and Thomas Dunne/St. Martin’s Press in the US (Aug.2014).

Posted by Civilian Reader at 3:00 PM