An Interview with ALISON GAYLIN 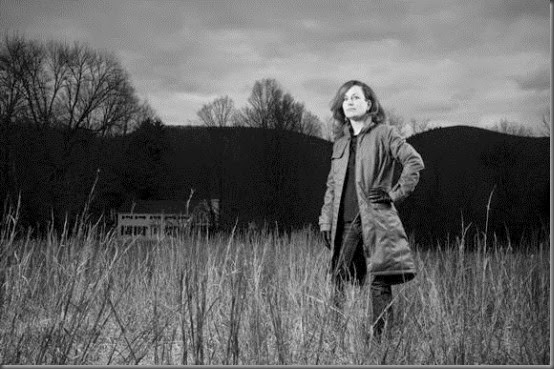 Let’s start with an introduction: Who is Alison Gaylin?

Hmm, I’m still trying to figure that one out.  For the purposes of this blog, I am a suspense writer and reader of all sorts of things.

Your next novel, Stay With Me, the third in your Brenna Spector Trilogy, is due to be published in June by Harper. How would you introduce the novel to a new reader? What can fans of the series expect?

STAY WITH ME is the third book in the Brenna Spector suspense series, and the culmination of what readers of the series would know as the “Clea Trilogy.” Brenna is a private investigator blessed – and cursed – with hyperthymesia (perfect autobiographical memory.) It makes her pretty great at her job, but it wreaks havoc on her relationships with others. (How can you forgive and forget when you can never forget?) She specializes in missing persons cases, but the one missing person she’s never been able to find is her older sister Clea, who got into a blue car 28 years ago when she was 17, never to appear again. That event triggered Brenna’s hyperthymesia at the age of 11 and has haunted her ever since. In STAY WITH ME, Brenna’s life is turned upside down when her 13-year-old daughter, Maya, disappears. Also in the book, the mystery of Clea – which plays a major role in the first two books, AND SHE WAS and INTO THE DARK – is finally solved. 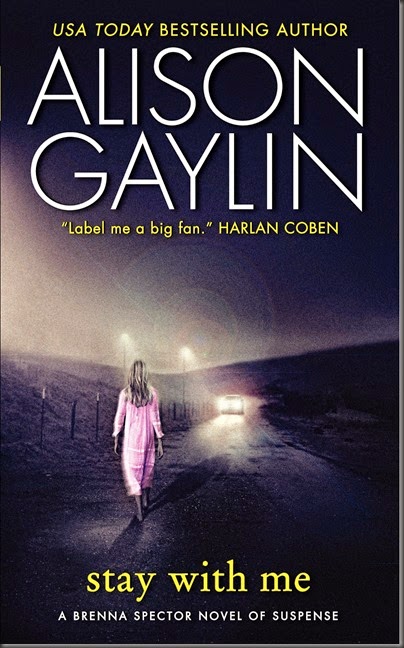 What inspired you to write the series?

I read a magazine article about a man with hyperthymesia back in  2007 and was fascinated.  It struck me not so much as the ability to remember everything, but the inability to forget anything which – based on my own experience – could be pretty scary!

News items, stories I hear from friends, any type of situation that makes me empathize and think, “What if…” 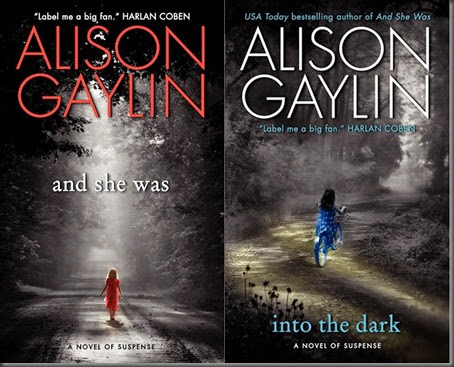 My parents always had lots of books around the house and never particularly censored my reading material. I was an only child and a pretty voracious reader. When I was ten, I read Helter Skelter, thinking it was a book about The Beatles. I wound up terrified and fascinated – and developed a life long interest in true crime books.  As a rule, I don’t really differentiate between “genre fiction” and fiction in general. To me, that’s a distinction for publishers to make. As a reader, I divide it into good and bad fiction – and I like the good stuff. When did you realize you wanted to be an author, and what was your first foray into writing? Do you still look back on it fondly? 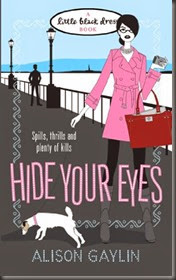 I’ve always wanted to tell stories – and have written short stories, plays, novels and even a graphic novel.   My first foray into full-length novel writing – the first draft of my first book HIDE YOUR EYES – started out as a short story, and over the course of about five years, grew into a novel. It was sent around by an agent, but didn’t sell. That was disappointing, but I do look back on it fondly because it was a learning experience. The one thing the rejection letters seemed to be saying was that, while people liked the characters, I should probably revisit the plot. So I took some time, read lots and lots of mysteries, and did a page-one rewrite that I finished in another five years. (Note: This wasn’t five solid years. I was doing other stuff too, like working and marrying and buying a house and having a child.) The new version sold. And I now know the importance of rewriting.

I am currently writing a standalone novel for HarperCollins. It’s called WHAT REMAINS OF ME and should be out late next year. It’s about a 17-year-old girl who commits the “murder of the century” back in 1980 and spends 25 years in prison. Five years after her release, she’s accused of another brutal murder. The time shifts back and forth between 1980 and 2010, with the mysteries behind both murders unfolding at the same time. It’s a real challenge, a change of pace from the Brenna books, and fun to write.

Fiction-wise, I’ve just started an ARC of The Killer Next Door by Alex Marwood – a British suspense writer who won the Edgar this year for best paperback original for The Wicked Girls. I’m currently judging a writing contest in a non-fiction category, so I’m not allowed to talk much about that, but I’m enjoying it!

Well, back to rewriting…  I think readers might be surprised at the huge amount I typically cut from my books. Since I can’t bring myself to do away with scenes I’ve cut, I put them in a separate computer file. And, just to give you an idea, the “cut file” for AND SHE WAS is around 220 pages long!

Finishing WHAT REMAINS OF ME! It’s due in February.