An Interview with SETH PATRICK 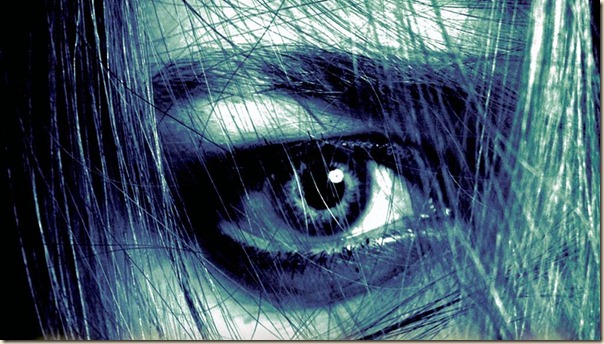 Anyone who’s been keeping an eye on the SFF online community and blogosphere can’t have totally missed Seth Patrick’s debut, Reviver. I’ve seen posters on rail platforms during my commute into London, and seen mentions in print magazines. It is clearly a hotly-anticipated novel of the year. Despite this, I’ve been slow about getting around to reading it. (Shame on me!) Nevertheless, I’m happy to share with you today a quick interview with Seth, in which he talks about writing, the novel and more…

Let’s start with an introduction: Who is Seth Patrick?

I thought we’d start with your fiction: Your debut novel, Reviver, was recently published by Macmillan. How would you introduce the novel to a potential reader? Is it part of a series?

Reviver is a supernatural crime thriller, the first of a trilogy, set in a world where some people have found they have the ability to revive the recently dead, but only briefly. Just long enough for their loved ones to say goodbye, but – more importantly for the novel – for forensic specialists to learn as much from murder victims as they can. Jonah Miller is a young forensic reviver, one of the best working for the Forensic Revival Service in the US. While reviving the victim of a brutal murder, he encounters something terrifying that makes him question everything he knows. 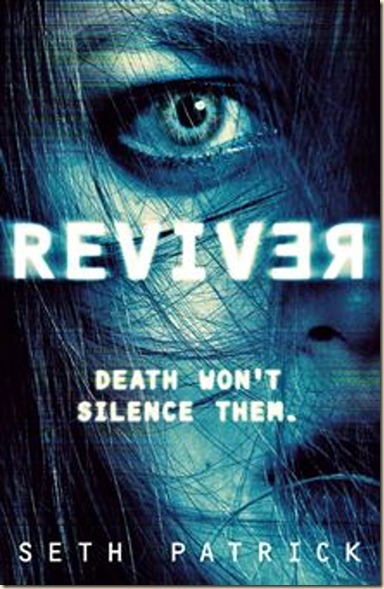 The novel began in a creative writing class hosted by the crime author Peter James, back in 2004. At the time, Peter’s background had been as a horror writer, but he was just launching his first crime novel, a transition that showed in the homework he set the class for the first week: write the first page of a horror novel, introducing your protagonist and a murder weapon.

I wrote the first page of Reviver, and it’s hardly changed since.

The idea itself came from the discovery that I share my birthday with Edgar Allan Poe. Two Poe tales came to mind: The Facts in the Case of Monsieur Valdemar, in which the terminally ill Valdemar is hypnotised at the point of death, but continues to speak long after he’s died; and Murders in the Rue Morgue, widely considered to be the first modern detective fiction. 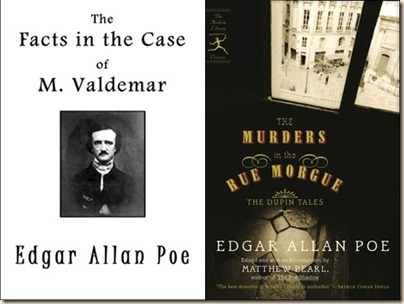 These two stories fused, and I had an image of the detective from Murders in the Rue Morgue interviewing the dead Valdemar.

In general, my inspiration is almost entirely from being a constant daydreamer. My mind likes to wander, and continually slams disparate ideas together with absolute glee. I end up with a palette of images and scenarios, snippets of story that I can then use to forge a narrative.

My first big reading frenzy started when I was eight, in a bookshop for a Tom Baker signing, where I bought Doctor Who and the Giant Robot. That led to me ploughing through a million Doctor Who novelisations, and 2000AD, then moving on to Stephen King, Greg Bear, Arthur C Clarke, Clive Barker, Alan Moore.

I’m still a total noob, and awed by every aspect of the process. It’s great to meet so many people with such a love of books, and it’s a huge thrill to hang out with other authors.

I’m only on my second novel, and with Reviver I was winging it, learning the craft as I went, so my working method is evolving pretty fast – it has to, really, since the first book took me six years to write, but each of the sequels have less than a year. 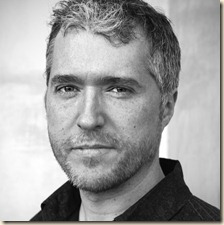 As a ten year old kid, my favourite homework was always when we could write anything we chose. I’d have asteroid impacts, or being shrunk to the size of a Lego man, all in four sides of scrawled handwriting.

As I got older, doing it in my own time, I struggled to finish anything and had no confidence in what I turned out. Really, I just didn’t appreciate how much work had to be put in after the point I thought something ‘finished’. I ended up trying out other forms, like screenwriting, and my first taste of success was being shortlisted for a BBC competition, with a ghost story screenplay. I’m proud of it; some of the ideas for Reviver were harvested from there.

Reviver is a blend of the Horror, SF and Crime genres, but I’m far more a fan of Horror and SF than crime. I think that’s just because of the total freedom to explore interesting ideas.

Today, genre fiction is strong and varied, possibly more so than it’s ever been. There’s a certain confidence in the field, too; there’s also a degree of insecurity, which means that the old argument about genre-vs.-literary keeps rearing its head.

It stems from the long-standing cold shoulder that genre novels get from the mainstream press, but rather than engage with the underlying reasons for that, some try to push the idea that novels can be both genre and literary, as if that’s the important thing.

It drives me mad, certainly, when ‘literary’ notions are presented as the only thing of any real value, yet are largely equated with being difficult or inaccessible. I’ve no problem with people who rate style and tone over plot and pacing, even to an extreme – that’s when personal taste comes into it – but trying to have genre recognised as having that rather limited kind of merit seems to miss the point of just how wide-ranging its merits actually are.

Genre fiction is easily strong enough to stand on its own terms, chock-full of intelligent and exciting fiction that covers all tastes.

My own work is firmly at the accessible and entertaining end, of course, but genre really does have it all.

Right now, books two and three of Reviver are taking up my full attention, but like I said, I’m a constant daydreamer. I have a few notions for what follows Reviver, enough to know that picking just one will be tough.

I’ve just finished the excellent London Falling by Paul Cornell, I’m nearly through the also-excellent You Are Not So Smart by David McRaney, and next up for me is Greg Egan’s The Clockwork Rocket. 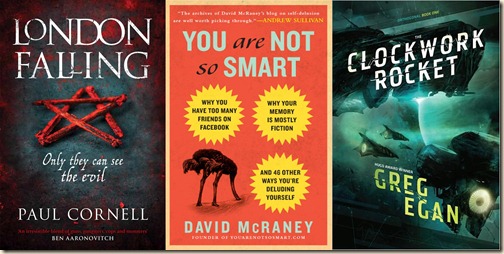 One of my top five movies is Muppet Christmas Carol. My absolute favourite is John Carpenter’s The Thing, though. Less of a surprise.

Muppet Christmas Carol has one of my favourite scenes in it – when they ask for more coal, are denied, and “HEATWAVE!” Cracks me up every time…

One final question: What are you most looking forward to in the next twelve months?

It’s going to be busy! Hopefully, there’ll be movement on the Reviver movie; I’ll have finished Book Three, seen Book Two out in hardback, and Book One will be in paperback. I’m also going to the World Fantasy Convention in Brighton in October, by which time I may have convinced myself that this is all real.

Be sure to check out Seth’s website and Twitter for more information about his books and writing.

Reviver is out now, published in the UK by Macmillan and Thomas Dunne in the US.