Guest Post: “How Do You make Non-Humans Seem Human?” by Madeline Ashby

Madeline Ashby is the author of the critically-acclaimed vN and iD science fiction novels, the first two books in the Machine Dynasty series (both published by Angry Robot Books). Her protagonist is a “von Neumann machine, a self-replicating humanoid robot”. This made me wonder how one goes about making a non-human character relatable and sympathetic? When I was told Madeline was available for guest posts, I jumped at the chance to ask her about this. So, without further ado…

How Do You Make Non-Humans Seem Human? 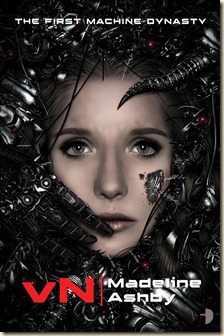 How do you make non-humans seem human? Well, with self-replicating humanoids designed to love and serve humans, it’s not that difficult. At least, it's not for me. In vN and iD, the robots love humans enough to spend significant amounts of time with them. They have long-term relationships, both at home and at work. The longer they live, the better they learn to “pass,” as human, or at least to behave in the most human way possible.

But that’s not the real issue. The real issue is making them read as human – making them leap off the page in the way that three-dimensional human characters do in other books. I try to do that in a few different ways.

First, I give them flaws. All of the robots I write make mistakes. It’s pretty easy to think of robots as functioning perfectly all the time, only undone by a single syntax error. That’s how pop culture usually depicts them, anyway. But that’s not the case, because that’s not how technology actually works. We all work with machines every day. It’s pretty rare that only one aspect of them ever fucks up. That’s not the nature of systemic failure, and robots are complex systems just like humans are. So do my robots make stupid decisions? Do they make the wrong assumptions? Do they fail to see the full implications of an issue? Sure. They’re limited, but so are humans.

And that’s the thing I’ve always come back to, in my books. I wanted to write a series of books about robots who didn’t think humans were all that special. There are so many other novels out there about how the vampire/angel/zombie/fae/alien/robot thinks humans are just the most special thing on Earth, and they wish they could be just as special. (In fact, Asimov wrote a whole novelette, and then a novel, about it.) And I was tired of that. I don’t buy it. I don’t think any other highly-developed sentient creature, organic or synthetic, would actually feel that way about us. Because feeling that way only comes as the result of a profound sense of self-loathing for your entire species. 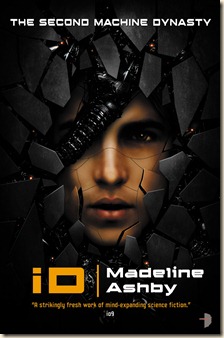 You know who doesn’t experience that kind of self-loathing? Every other life form on this planet. Your dog does not feel bad about not being able to fly. Your cat does not want opposable thumbs. Anyone who’s ever lived with these animals knows that they’re capable of genuine emotions – otherwise, they couldn’t be trained. But that also means that they could feel a yearning to walk like us, talk like us, be like us – just like in that Louis Prima song. Only they don’t. They don’t want more. It’s we who anthropomorphize them, impose human ethics and feelings and customs on them, who teach them how to roll over. We’re the ones who want to be more and do more and live more, despite the evolutionary bounty we’ve grown accustomed to. We’re the ones who hate ourselves.

So I guess I just don’t think that robots would want to become more like us. I think we would build them to look and act and think like us, and then they’d diverge. And I think that the most important divergence in that evolutionary road might just be self-love.

This post is part of Madeline’s blog tour supporting the release of her second novel. Prior to this, the author stopped by The Qwillery, My Bookish Ways, Dark Matter Fanzine,Big Shiny Robot, Escapism from Reality, and LeahRhyne.com, but there are more things still to follow (I’m afraid I’m not sure where, though). Madeline has also been interviewed by Cheryl Morgan. If you’re luck enough to live in or near Toronto, not only am I tremendously jealous of you, but you should stop by the novel’s launch, on July 6th!