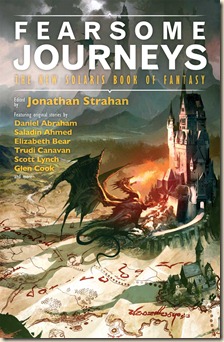 On writing tips for new writers from someone who has never written a story, but has read a few

Many thanks to Civilian Reader for letting me stop by and chat about editing and writing. I’ve been thinking about what you might say to a new writer who wanted to write a short story, a great one (who’d want to write anything else?) When I first started to work on a list of tips on how to write a terrific short story I drew a blank. I’ve not written a short story since high school, so I’m no expert. I’ve not even thought about writing a short story myself. But then I realized that, like you, I read. I read a lot. And what I mostly read is short fiction. So, it’s possible I might have picked up an idea or two.

This might seem obvious, but no one has ever finished a short story without sitting down and actually writing. I have a folder full of stops and starts on a handful of short stories and novels, but none of them are finished. So, do that. Write. Write every day and finish what you start.

I know you think you’re finished when you write “The End” at the end of your newly minted short story. You probably are. But it’s possible, just possible, that there’s still a little bit of work left to do. Put it in a drawer for a week, and come back to it fresh. Suddenly you’ll see, if you’re at all like me when I write anything, all sorts of problems with it. You might also let a trusted reader see it. Get their feedback, try to listen to it with an open mind, and be willing to re-write.

The only way to learn how to write a great short story is to read great short stories. Read them a lot and think about them. Try to work out how they work and why. Pick a writer whose work you love and see how their stories work. If you love fantasy stories, try the work of Fritz Leiber or Ursula Le Guin, and see if you can unpick their stories. They knew what they were doing.

I don’t mean make it great. Of course you’re going to do that. What I mean is make your words count. Everything you write in a short story should do more than one thing. Setting builds character, voice advances plot, and so on. Look very carefully at each scene in your story. You won’t have many of them – this is short after all – so make sure each scene does more than one thing. Each scene should build setting, develop character and move the story forward. Avoid scenes that only do one thing. You want to avoid your story being dull (which it was never going to be, but you know what I mean) and making sure your scenes are doing the heavy lifting helps.

If you’ve already written a great short story you probably know all of this stuff, and possibly far more. If you’re just starting out, though, it might help. And if you are starting out keep going. You’ll probably write some stinkers. You’ll possibly write some stories that are almost exactly like stories written by people whose work you love. That’s fine. That’s what you should be doing. You have to write through that so you can get to the stories that only you can tell, the ones that are definitely going to be great. And when you do, send them to me. I love great short stories.

Fearsome Journeys is out now, published by Solaris Books.