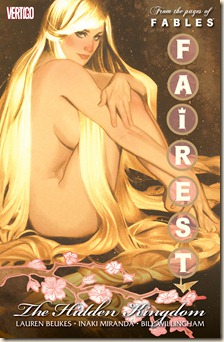 Rapunzel lives one of the most regimented lives in Fabletown, forced to maintain her rapidly growing hair lest her storybook origins be revealed. But when word of her long-lost children surface, she races across the sea to find them – and a former lover.

Ever since I bought Fables Deluxe Vol.1, I have been in love with Willingham’s fantasy series (and everything connected to it). Then Fairest started in 2011, and I found a new comic addiction. This second collection collects award-winning-author Lauren Beukes’s run on the series handling writing duties. And it’s absolutely superb.

[NB: There are some slight spoilers in the review!]

Very strong start, as we are introduced to the key players – Rapunzel and her four-times-a-day hairdresser (it grows at a frightening rate). A flock of origami cranes comes crashing through her window, with a cryptic message about her kids… Nobody believes her children survived childbirth, but she’s always maintained that they have, and is determined to find out what is going on. So, with the help of the Fables’ most flexibly-moral character, Jack, she heads off to Japan. Along the way, and across the book, we get snippets of Rapunzel’s past, pre-Fabletown life. As far as I can tell, this is set a little bit before the main Fables storyline kicks in. 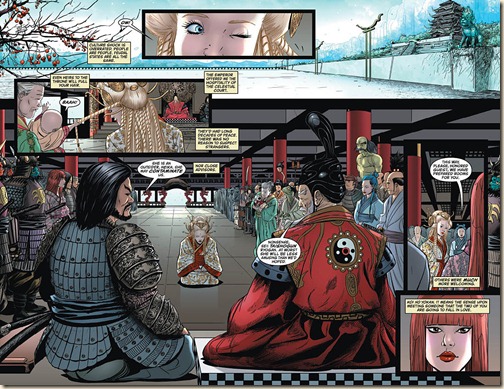 It has an extremely strong opening chapter/issue, and by the end of that chapter, it was already one of the best-written comics I’ve read in a long while. Beukes definitely has the skill for writing both award-winning novels and damned fine comics. She keeps things fresh, while also remaining true to Fables creator Willingham’s sensibilities and tone (sort-of – I haven’t read anything else in the series that leans more towards horror…). The whole story is great, featuring Asian Fables, some pretty inspired creations and interpretations, a dash of horror.

The artwork throughout is wonderful – it is sharp, vivid, detailed, and utterly eye-catching. And the bezoars! The artwork connected to them… Yikes! Some of the visuals were reminiscent of Japanese/Asian horror movies, actually. Damned creepy. Beukes writes wonderful characters, and the art team does a wonderful job of bringing them to life on the page. It is, like volume one, a beautiful comic to look at, too. 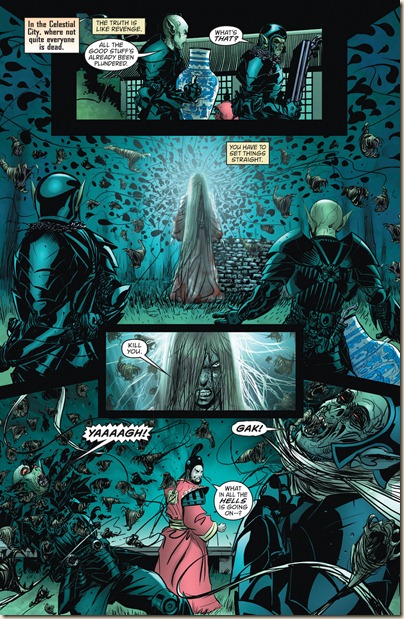 With excellent pacing, engaging and interesting characters, a blend of fantasy, horror and historical story-telling, and a bitter-sweet ending, “Hidden Kingdom” is quite brilliant. It has everything I want in a comic. 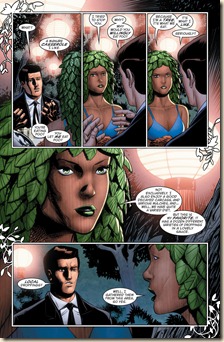 The book includes a stand-alone tale at the end, written by Willingham. It’s kind of fun, actually. It’s more on the bizarre/weird side, focusing on the non-human Fables. Princess Alder (a dryad/tree nymph) is having a bit of difficulty settling in to life at the Farm – she has rather more liberal relationship mores, for example, which has got some of the male Fables all excited and exploitative. Reynard the Fox decides to show her that not all men are pigs, and they go on a date. They like each other a lot. But then, during the dinner, he makes a discovery and a mistake that he can’t move past… The story is an amusing side-bar to the main Fables story, and comes complete with an ominous post-script. (Nefarious things, they are afoot!)

Overall, another great volume set in the expanding Fables universe. Very highly recommended. This is easily one of my favourite comic series, and Beukes’s story is one of my favourites. I really hope she’s asked back to write more in the future. 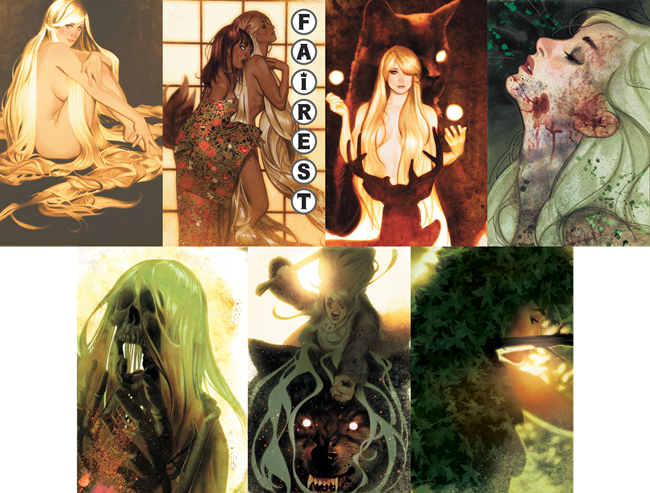