I know I’ve been offering a lot of artwork posts, recently, but there really has been such a great slew of recently-unveiled, eye-catching pieces. And, really, who doesn’t like to look at nice artwork? Exactly.

I saw this particular cover appear rather quietly on Black Library’s website without any apparent fanfare or even announcement, but… damn it really should have. This is one of the best book covers I’ve seen in a long time, for any genre/publisher…

Despite extensive googling and internet searching, I couldn’t find out who the artist for the piece was, but it’s frankly stunning: 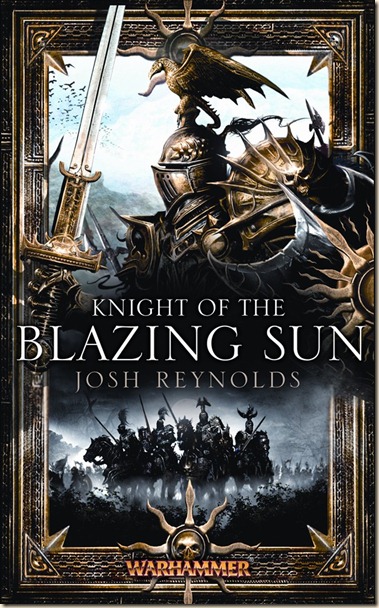 The colours and composition (while a tad busy) are just very evocative of the Warhammer world, and what I imagine will be quite a grim and dark tale of fantasy combat. I really want this so I can have it on my shelf (as well as really wanting to read it, of course).

Knight of the Blazing Sun will be published by Black Library in March 2012.

Posted by Civilian Reader at 12:37 PM