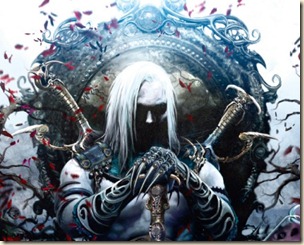 Solaris unveiled today the new artwork that will grace the covers of Rowena Cory-Daniells’ next fantasy trilogy, The Outcast Chronicles. I’ve included them below, because they’re really quite eye-catching (particularly the third, which is my favourite).

The striking covers were designed by Clint Langley, who was responsible for the covers on Daniells’ best-selling The Chronicles of King Rolen’s Kin (below) and whose artwork is regularly seen in weekly comic anthology, 2000 AD. 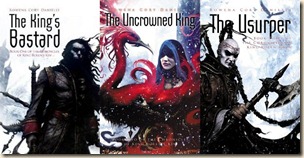 Here’s what the Solaris press release had to say about The Outcast Chronicles:

The Outcast Chronicles is the exciting new series that follows the fate of a tribe of dispossessed mystics. Vastly outnumbered by people without magical abilities, they are persecuted because ordinary people fear their gifts. This persecution culminates in a bloody pogrom sanctioned by the king who lays siege to the Celestial City, last bastion of the mystics.

This is a family-saga set in a fantasy world. Four people linked by blood, love and vows struggle with misplaced loyalties, over-riding ambition and hidden secrets which could destroy them. Some make desperate alliances only to suffer betrayal, and some discover great personal strength.

Langley’s artwork for Daniells’ first trilogy was very good, but I think he has really outdone himself with these three covers. Here they are: 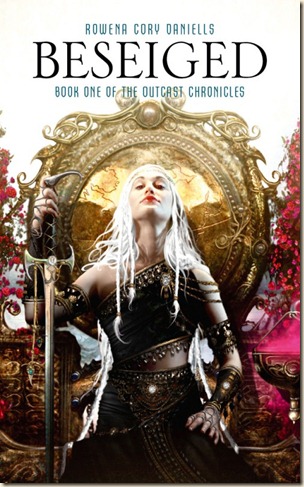 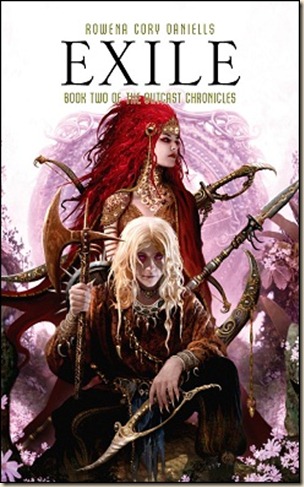 And finally, my favourite by far (it’s just sinister and gothic enough to make me want to read the whole series, just to have a book with this artwork on my shelf): 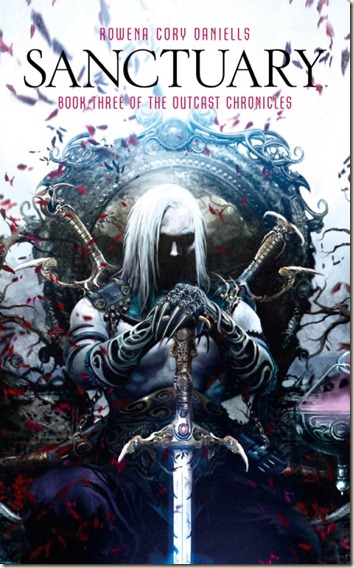 This is just a brilliant piece of art, frankly. I’d really like it as a poster…

Now, if I’m honest, Daniells’ first trilogy was not really my cup of tea. Shevaun ended up reviewing it for Civilian-Reader, in the end, and she really enjoyed it, enjoying the fast-paced plot and also characterisation. I may get around to giving The Chronicles of King Rolen’s Kin another try, but if I get hold of this trilogy first, I might just try this instead.