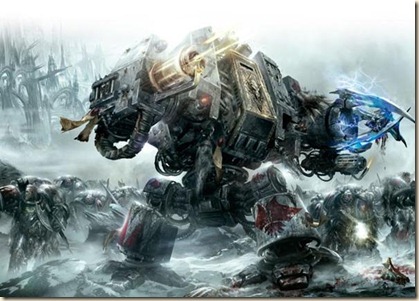 Chris Wraight is one of Black Library’s up-and-coming authors who has been penning some pretty great Warhammer fiction over the past few years (he has four novels now published). Most recently, he’s been handling some of the Warhammer Heroes series writing the stories of some of the Empires most celebrated warriors. He also wrote about the continuation of the Space Wolves-Thousand Sons feud in Battle of the Fang. As a fan of his work, I decided to contact him to see if he could tell us a little more about upcoming projects, writing and more…

You’ve had two novels published this year, so I thought I’d address the books separately, if I may.

First up, your latest release, Battle of the Fang, which continues the story of the Thousand Sons-Space Wolves enmity. What can readers expect from this novel, and what was it like, continuing the story that began in A Thousand Sons and Prospero Burns?

Readers of Fang can expect a continuation of some themes in the two earlier books, but in a slightly different style. The Space Marine Battles series is all about action, whereas the Horus Heresy books have a licence to go a bit deeper into the background. The story of the siege of Fenris is one of almost unrelenting fighting – the classic desperate last stand against overwhelming odds. I hope people who read and enjoyed A Thousand Sons and Prospero Burns will appreciate the sense of continuity in the latest book, but I also hope they’ll realise it’s not quite the same sort of story.

As for what it was like following up on the earlier books, it was just as daunting as you’d expect. Graham McNeill and Dan Abnett were, however, more gracious and helpful than anyone could reasonably have hoped for, which helped matters considerably. 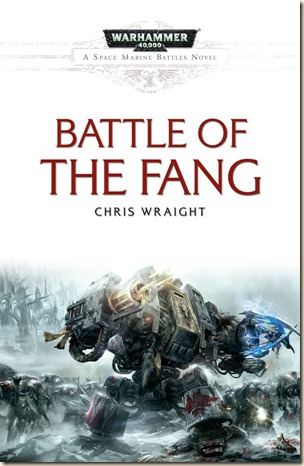 Battle of the Fang is set in between (sort of) the Horus Heresy age and the ‘current’ 40k age, which hasn’t been covered in Black Library fiction before. How did you go about preparing to write the novel? Was it freeing to write in a different time period?

The one great advantage I had in researching the book is that the action takes place almost entirely on Fenris, which is an isolated planet in the Imperium anyway and doesn’t really reflect its core culture. As a result, I made the decision fairly early on to ignore what the wider galaxy of the thirty-second millennium was like and concentrate on the characters of the Space Wolves and Thousand Sons. I had a lot of fun creating what – I hope – look like evolved versions of the warriors who appear in the Heresy series. In the case of the Space Wolves, for example, the Fang itself is a lot more elaborate than it was in Prospero Burns (in which it’s only half-constructed) and the Wolves fight in the formations that they use in the 40K Codex. In addition, both Legions/Chapters have suffered from the curse that afflicts virtually everyone in the setting: the slow process of attrition and corruption following the events of the Heresy.

Moving to your Warhammer fiction, for which you may be better known. Sword of Vengeance, the second in your Empire novels as part of the Warhammer Heroes series, was released this year. What can readers expect from this novel, and where do you see the series going in the future?

The second Sword book is a direct sequel to the first one. Matters were left at something of a cliffhanger at the end of Sword of Justice, so the second book finishes off the story. Just as in the first book, there’s a nominal lead character (Kurt Helborg, the master of the Reiksguard), but it’s really an ensemble piece in which a cluster of rivals vie for control of Averland. As well as Schwarzhelm, Verstohlen, Grosslich and the rest, there’s an appearance by the Imperial Grand Theogonist Volkmar at the head of a forty thousand-strong army, which was huge fun to write.

As for the future of the series, all I know is that there will be more of them! At the moment I’m writing a book on Luthor Huss, a Warrior Priest, which is due out in February next year. I seem to end up writing for the good guys – there are exciting titles from Gemmell Award-winning™ Darius Hinks and the nefariously talented C.L. Werner covering the forces of darkness. There are plenty of stories to tell when those are done, though. One day, I’ll persuade the editors to write that epic trilogy about Magnus the Pious… 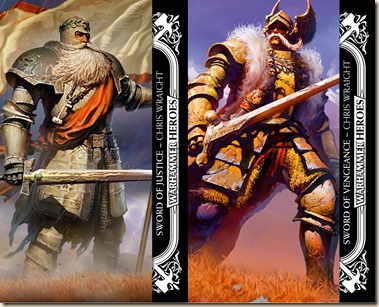 What’s it like to write stories of such iconic characters? Is it ever daunting?

Yes, it is. No writer wants to ruin anyone’s cherished view of a character from the setting, and I’m sure all genre fiction authors feel the weight of doing justice to the backgrounds in which they work. Thankfully, the reception for the Heroes books has been pretty positive, which is always something of a relief. Aside from the nervousness it provokes, it is, of course, massively enjoyable fleshing out characters from the game setting and turning them into actors in a novel-length tale. In the case of someone like Ludwig Schwarzhelm, who hadn’t been much written about before in detail, it’s nice to feel that Sword of Justice has made a minor, possibly lasting, contribution to a small corner of the Warhammer world.

The author of Fantasy fiction I most admire is Ursula Le Guin, whose Earthsea books gave me the writing bug in the first place. If I could ever write a book half as good as The Farthest Shore I’d consider retiring straightaway. Other than that, the authors I’ve taken inspiration from are pretty familiar: Tolkien, Frank Herbert, Iain M. Banks, David Gemmell, etc. I enjoy the work of a number of fellow BL authors too and have learned a lot from many of them.

I don’t really know why anyone who didn’t enjoy it would do it! In some ways, it’s a very hard way to make a living – the hours are long, there’s enormous pressure, and the critics are always ready to pounce on your mistakes. But for all that it’s a marvellous privilege to tell stories and get paid for it. I love the creative process when it’s working well. Being told by a reader that they’ve enjoyed one of your books is such an enormous buzz. As for writing habits, I try to work a 9-5 day where possible, though when a deadline looms that tends to break down a bit. Whisky, I find, helps.

I’ve wanted to write ever since I started to read properly, and was penning stories while still at school. My first break into publishing was a short story in a Black Library anthology called Invasion, and after that I was commissioned to write Masters of Magic. Looking back, I’ve got mixed feelings about that one. As my first book I’ll always regard it fondly, but it’s very much a first-timer’s novel – there’s a lot of clunky writing in there and it gets some aspects of the background lore a bit wrong. But you’ve got to start somewhere, right? Hopefully I’ve got a bit better since then, though there’s still a long way to go. 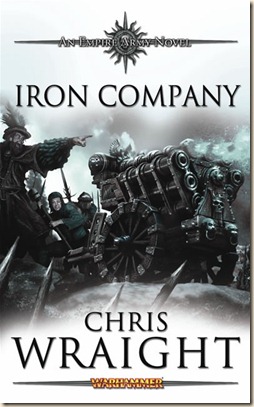 I don’t really have an informed opinion about the genre. I wish I had more time to read more widely and get a greater sense of what’s going on, but I’m afraid I’m pretty ignorant about the current trends. Of course, tie-in fiction specifically has a bit of a patchy reputation, though I’m never sure people look down on it quite as much as we’re told they do. There are good and bad Warhammer books out there, just as there are good and bad books in mainstream fantasy and SF. I reckon most readers are discerning enough to make their own minds up about which ones are which and don’t take the label on the cover too seriously.

Aside from the Luthor Huss novel, I’m currently planning a book featuring the Iron Hands, a Space Marine Chapter which hasn’t received a lot of attention in recent years. I’ve just finished another short piece on the Space Wolves. If the chance comes up I’m hoping to write more about the Sons of Russ in the future, but nothing’s firmed up quite yet.

I’ve just finished Look to Windward by Iain M. Banks and am about to start Wolf Hall by Hilary Mantel. 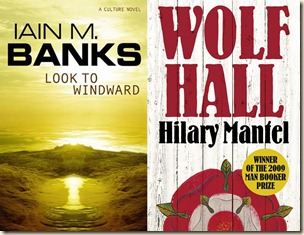 Getting Luthor Huss finished in July, starting the Iron Hands in August, going to Games Day in September, handing in Iron Hands in October, reading The Outcast Dead in November, collapsing in December.

Thanks to Chris for taking the time to chat with CR! His next published work will be Dragonmage, his contribution to the Storm of Magic novella series (coming later this month), followed in February 2012 by his third Warhammer Heroes Empire novel, Luthor Huss.