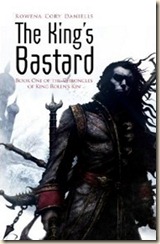 Cloaked in silent winter snow the Kingdom of Rolencia sleeps as rumours spread of new Affinity Seeps, places where untamed power wells up. Meanwhile, King Rolen plans his jubilee unaware of the growing threat to those he loves.

By royal decree, all those afflicted with Affinity must serve the Abbey or face death. Sent to the Abbey because of his innate Affinity, the King’s youngest son, Fyn, trains to become a warrior monk. Unfortunately, he’s a gentle dreamer and the other acolytes bully him. The only way he can escape them is to serve the Abbey Mystic, but his Affinity is weak.

Fiercely loyal, thirteen year-old Piro is horrified to discover she is also cursed with unwanted Affinity. It broke their mother’s heart to send Fyn away, so she hides her affliction. But, when Fyn confesses his troubles, Piro risks exposure to help him.

Even though Byren Kingson is only seven minutes younger than his twin, Lence, who is the king’s heir, Byren has never hungered for the Rolencian throne. When a Seer predicts that he will kill Lence, he laughs. But Lence Kingsheir sees Byren’s growing popularity and resents it. Enduring loyalty could be Byren’s greatest failing. 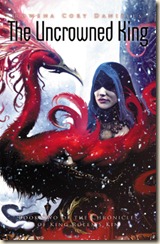 Determined to prove his loyalty, Byren races across the path of the advancing army to ask the Abbot to send the warrior monks in defence of the castle. 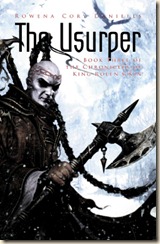 Now a slave, Piro finds herself in the Merofynian Palace where, if her real identity is discovered, she will be executed.

Meanwhile, Fyn is desperate to help his brother, Byren, who is now the uncrowned King. Byren never sought power but now he finds himself at the centre of a dangerous resistance movement as the people of Rolencia flee vicious invaders. How can Byren defeat the invaders, when half his warriors are women and children, and the other half are untrained boys and old men?

In the kingdom of Rolencia, magic is illegal and if you have it you must go to one of the great Abbeys, or face and banishment and death if you return.  The story follows three of King Rolen’s four children, Byren, twin to the Kingsheir Lence, Kingsdaughter Piro and youngest, Kingson Fyn, sent away to Halcyon Abbey at six years old for having magical ability. Invaders from the neighbouring kingdom of Merofynia have invaded, and the king’s children are scattered across the world by war.

The trilogy follows their adventures across their world, and their efforts to regain the kingdom, and each other.  The reader is transported into a blaze of magic, monsters, pirates and peasants in a sweeping epic of high fantasy escapism.

Highly enjoyable, the characters are easy to identify with and the three intertwined stories move at breakneck pace.  At times, the characterisation is very intimate, but before things start to slow down the plot picks up and they are moving again.

I didn’t want to put the books down, and that they ended with potential for more was a pleasant surprise. The three novels feel more like a single novel in three parts, and I think they would work brilliantly as an omnibus edition, if the publisher ever decided to release one.

Posted by Civilian Reader at 5:47 PM