Upcoming: “The Damnation of Pythos” by David Annandale (Black Library)

I’m a big fan of David Annandale’s work. So, when I found out that he was going to be writing a full-length Horus Heresy novel, I was most intrigued. Details are still very thin on the ground, but the novel – The Damnation of Pythos – is apparently due for publication in November 2014. It is, I believe, the 30th full-length novel/book in the series, too (including anthologies).

Best of all, though, it has an awesome cover… 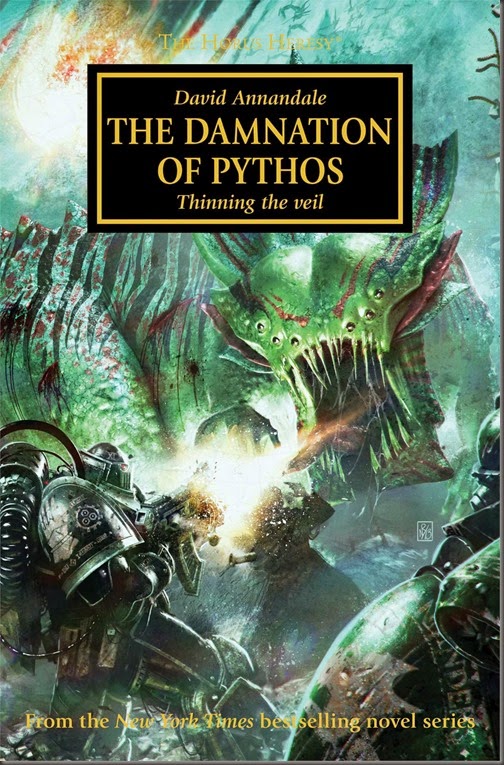 And yes, that is a Death Guard shooting at a big-ass dragon/lizard-monster. It also looks like a Salamander’s shoulder-pad in the bottom right, there. Here’s the full, wrap-around artwork: 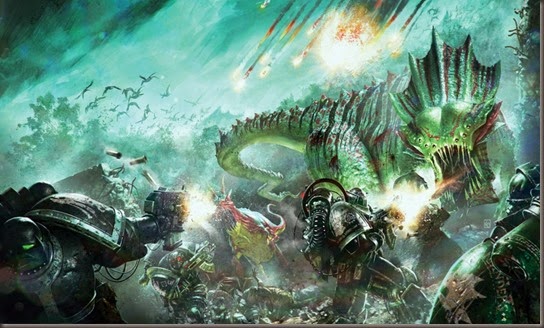 Also, here’s the synopsis (via Waterstones.com):

In the aftermath of the Dropsite Massacre at Isstvan V, a battered and bloodied force of Iron Hands, Raven Guard and Salamanders regroups on a seemingly insignificant death world. Fending off attacks from all manner of monstrous creatures, the fractious allies find hope in the form of human refugees fleeing from the growing war, and cast adrift upon the tides of the warp. But even as the Space Marines carve out a sanctuary for them in the jungles of Pythos, a darkness gathers that threatens to consume them all.