STORM Gets Her Own Series! (Marvel) 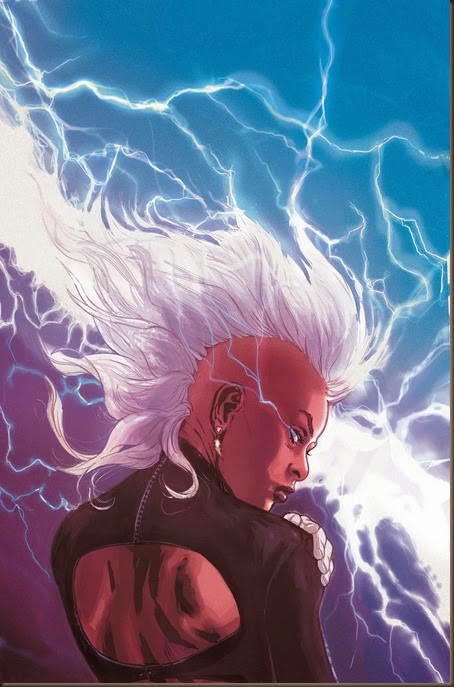 By far one of the most popular of Marvel’s X-Men, Storm is finally get her own series! The comics will be written by Greg Pak, and the first issue is due out in July 2014. First up, some background on the character:

From a thief on the streets of Cairo to the Headmistress of the Jean Grey School to the Queen of Wakanda and everything in between, Ororo Monroe has always defied a single title. Her desire to better the world was never limited to just her own kind. On a mission to foster goodwill and safeguard her fellow mutants in her own way, Storm will embark on a new journey.

And, the pitch for the series (at least, the one from the press release):

You cannot stop a force of nature. She is Storm, a hero with no equal… and the skies will tremble at the sight of their namesake!

The art at the top – by Victor Ibanez – will grace the cover of Storm #1 (Ibanez also handles interior art duties). Below is the Simone Bianchi Variant artwork. 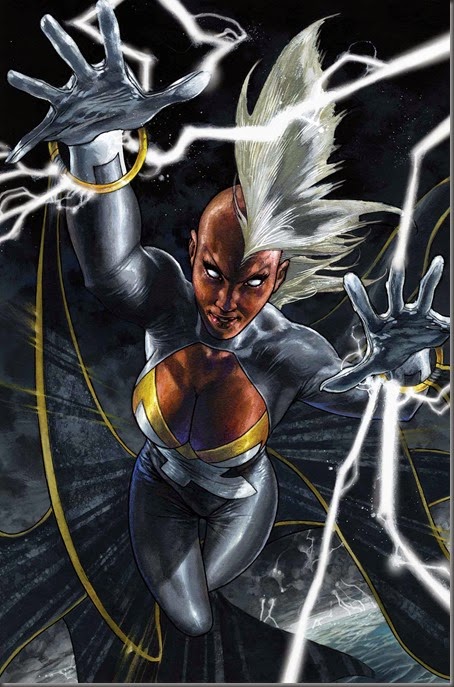