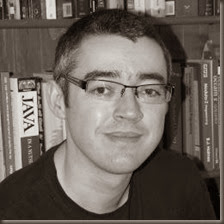 Why did I choose to write a story with two female lead characters? Because someone thought that question worth asking is the glib answer – would anyone have questioned two male leads? I wanted a story where girls and women had their own needs, their own desires, which weren’t secondary or subservient to those of the men. And if that marks the book out as unusual, well, what writer doesn’t want to be a bit different?

Megan was always a girl, but I didn’t want her to be the prize, pursued and protected by boys, nor an honorary man. She has more pressing concerns than who she’s going to hook up with. Enter Eleanor. The glamorous big sister, the wise mentor, the fierce ally – but, exiled to the mountains since birth, she is in some ways as much as a young adult as Megan. And she’s not just here to help Megan find her sister; she has a title to reclaim, a family house to restore, a legacy to live up to.

It’s something of a truism female friendships are closer, more intense than male ones and it was fascinating to explore that and contrast it with the relationship the two of them have with the third member of the trio: Damon, a most un-blokish bloke. You don’t know how the characters are going to work out when you start writing, but the Megan/Eleanor relationship is one of my favourite things about the book. It’s born of mutual need and dark motivations but after being tested to destruction becomes one of love and respect and support and absolute dedication.

Coming up in True Dark: a third female lead. Is this daring? I hope not. 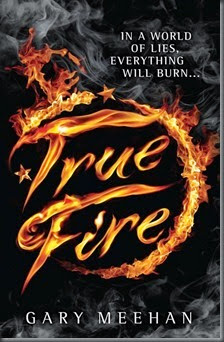 Gary Meehan’s True Fire was published by Quercus in the UK on April 24th. Here is the synopsis…

Her sister stolen. Her grandfather murdered. Her home burned to the ground. At just 16, her life destroyed. Now, Megan wants revenge.

But the men who took Megan’s precious twin are no ordinary soldiers. The brutal witches, armour-clad and branded with the mark of the True, will stop at nothing to take back the power they once had.

Desperate for a way to destroy them, Megan uncovers a terrifying lie.

In addition, Quercus is running a competition via Twitter. The competition is pretty simple. For your chance to win £50 of ASOS vouchers, all you have to do is tweet the following line:

The competition closes on Tuesday 6th May, at 4pm.

Here’s the blog tour banner, so you know where else to go for more reviews, blog posts, and more… 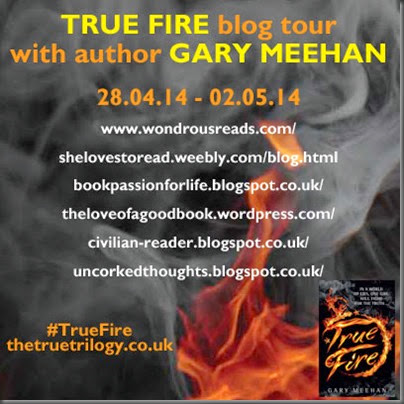