Guest Post: “Fantasy – It’s Not a Choice, it’s a Way of Life!” by Debbie Johnson 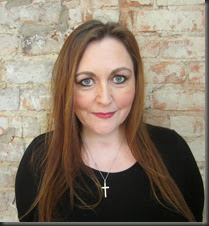 I was recently asked by a journalist why I felt ‘compelled’ to write fantasy. It’s probably very telling that my first frame of reference for that questions was ‘Compelled? Like, by a vampire or a mystical creature with mind control tricks?’

As I forced variations of ‘these aren’t the ‘droids you’re looking for’ from my brain, I tried to give a coherent answer – but it’s a very difficult affinity to explain to someone who’s not inclined that way. It stems from so many childhood memories – reading The Hobbit, getting bitten by the David Eddings bug as a teenager, watching Labyrinth 10,000 times when I worked as a cinema usherette in the 80s. All of this and more contributed to the kind of brain that sees things a little bit differently than other people.

By the time I was in my late teens, it had become serious. If my mother had known that I was involved in a penpal circle where we all pretended to be fictional characters from Pern, she’d probably have called in the trick cyclist. 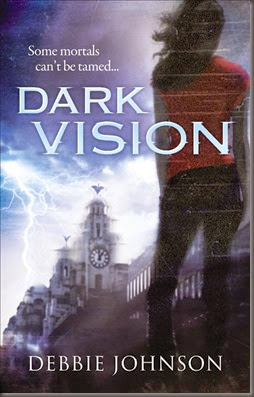 Now, as an alleged adult and mother of three myself, I have all the trappings of maturity – a car, a mortgage, even a stately Golden Retriever. But I still see things a little bit differently. That’s part of how my first book, Dark Vision, came to life. I live in Liverpool – a vast, complex multi-cultural city. That alone is interesting enough – but what about if you add the little extra touches? Like a fairy mound in the Wirral, or a magic portal in Sefton Park, or a raging Celtic battleground along the banks of the Mersey? What if the Liver Birds didn’t just look amazing up there, perched and glinting – what if they could come alive and take a creaking, mechanical flight over the city?

What if a normal Liverpool girl – one who’d also always seen things a little bit differently - was caught up in the middle of it all, fighting for a sense of identity and sanity in an existence spiralling out of her control?

It’s not difficult to spot the wish fulfilment there. And surely that’s one of the reasons fantasy appeals so much: often revolving around taking a ‘normal’ human being and plunging them into totally alien and mind-expanding situations. From Bilbo onwards, that’s what’s drawn us in – it might be an alternate reality, but it’s populated by People Like Us.

Most of us lead pleasingly dull, mundane lives. There is nothing wrong with that – it’s a lot better than displeasingly exciting. But fantasy allows us to spread our wings (sometimes literally) and fly around the ever-changing landscapes of the mind. Alll fiction does that to some extent – but with fantasy, it’s a whole different level. With urban fantasy – which I unashamedly love – it’s even easier: see that bloke over there, outside Costco? Yeah, that’s him, the security guard. He’s actually a werewolf assassin in disguise!

All of this makes reading a marvellous adventure – and makes writing an absolute joy. It does, however, make trips to Costco ever-so-slightly tense.

I suppose I could try and stop thinking like this. Apart from the fact that I’m simply compelled…