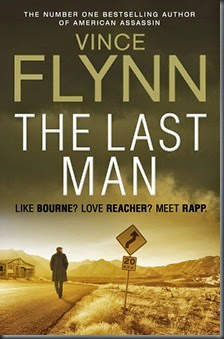 An invaluable CIA asset has gone missing, and with him, secrets that in the wrong hands could prove disastrous. The only question is: Can Mitch Rapp find him first?

Joe Rickman, head of CIA clandestine operations in Afghanistan, has been kidnapped and his four bodyguards executed in cold blood. But Mitch Rapp’s experience and nose for the truth make him wonder if something even more sinister isn’t afoot. Irene Kennedy, director of the CIA, has dispatched him to Afghanistan to find Rickman at all costs.

Rapp, however, isn’t the only one looking for Rickman. The FBI is too, and it quickly becomes apparent that they’re less concerned with finding Rickman than placing the blame on Rapp.

With CIA operations in crisis, Rapp must be as ruthless and deceitful as his enemies if he has any hope of finding Rickman and completing his mission. But with elements within his own government working against both him and American interests, will Rapp be stopped dead before he can succeed?

The Mitch Rapp series is in many ways the one that kick-started my passion for international and espionage thrillers. After reading Transfer of Power, the novel that introduced Rapp as the man who takes back the White House from terrorists, I quickly caught up with the rest of the series, and have read every one since. The Last Man is, sadly, the last novel. Flynn passed away last year, after a long battle with cancer. It’s an awkward ending, however. Thankfully, though, while the novel began shakily, it ended strongly. Long-time fans of the series and characters won’t be disappointed, as this is another fast-paced, gripping international thriller, featuring all of the key series characters.

One of the first things to jump out at me was just how aggressive Rapp is at the start of the novel. True, he’s a CIA assassin, who has had a decades-long career killing people all over the world, so how cuddly could he ever be, really? Nevertheless, he came across as far more aggressive and even downright mean when dealing with others. It felt like a real departure from how I remembered the character. The previous two novels Flynn wrote focused on Rapp’s early career, taking us to his first missions working for the CIA. This can, perhaps, account for the apparent shift in character – it’s been years since I read a novel when the ‘present day’ Rapp was at the centre of the story (a couple before the early ear novels focused more on one-time Rapp protégé Mike Nash). I’d accept, therefore, that I just forgot how the character was from before. At the same time (just to add yet more qualifiers), it definitely felt like he was just more aggressive and confrontational by default, rather than as a result of what’s going on around him. Maybe the novel’s naysayers have a point, that Rapp’s special status has made him more arrogant and given him a sense of invincibility (physical and political). He came across as though he was acting more macho and dick-swinging, rather than just being the Most Badass in Any Room.

Given just how much of an asshole he can be, this was one of the first times in the whole series when Flynn wasn’t able to always keep me on Rapp’s side, even when we know he’s pushing the envelope and bending rules just that little bit too far. Despite belabouring this impression, what I’ve come to consider the Rapp normalcy did reassert itself after I passed the 25% mark(ish).

Around this 25%-mark, Rapp is seriously injured, too. It allowed the author and character to take a look at Rapp’s life and SOP with a bit more depth. His memories are all screwed up, many of them missing, thanks to the head injury he sustains. We see him navigating the slow return of memories – both good and bad – and the way he processes them made him a more interesting and nuanced character. The presence of Louie Gould, too, added an extra level of tension (I won’t remind fans who he is, nor will I spoil it for new readers).

His injury is just one of a couple of factors that make Rapp more interesting as the novel progresses. True, he is still preternaturally gifted at his job, but he is kept grounded by mistakes and miscalculations (the cause of his injury, for example, is the result of a rash – though effective – last-minute tactical move). This humanising of Rapp, something that was not always as evident in the earlier novels, I thought was a welcome development – he’s not a super-human, faultless killing machine, anymore. 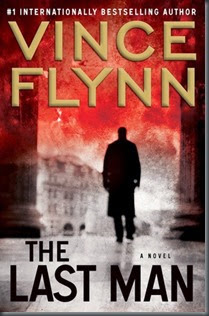 As the novel continues, we learn of a larger conspiracy, which ended up being pretty well-told. There are the usual forces foreign and domestic working against Rapp, his comrades and CIA Director Irene Kennedy (who is always excellent). The final quarter of the novel is a fast-paced resolution that I could not put down, and I turned the final page at 2am. Flynn’s gift for constructing engaging, briskly-paced thrillers really was superb, and few authors writing in the same sub-genre could match him (David Baldacci and Kyle Mills are perhaps the only two I consider better).

There were a couple of moments when Flynn’s own politics and obvious affection and support for the clandestine and more force-oriented US governmental institutions shines through, coupled with less-than-positive portrayals of diplomatic actors. This doesn’t take up much of the novel, which also means he doesn’t offer the normal balance that I’ve always liked in his novels. The author was known for courting the conservative press in order to promote his novels – fair enough, as a conservative himself, why shouldn’t he? – but the fact that he didn’t lampoon liberals or Rapp’s opponents unnecessarily, always saved his novels from becoming ham-fisted anti-liberal screeds. Villains, foreign and domestic, were appropriately diabolical or (more likely) petty politicians, but were not limited to the Democratic Party. In The Last Man, however, it is far more about the investigation than the political forces at play behind the scenes – which is a pity, as Flynn really was very good at writing that part, too.

In all, then, a very good final novel, if not an excellent one. Nevertheless, I will seriously miss my annual fix of new fiction from Vince Flynn. The quality of his novels will allow them to persevere and, I’m sure, remain in print for many years to come. If you are a fan of international espionage thrillers, then I highly recommend Flynn’s work.

* This is not actually a Mitch Rapp novel, but a couple of the characters within feature throughout the main series. It’s an excellent novel, too.