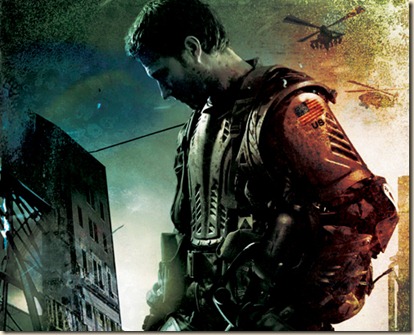 A little while ago, I wrote a post about military sci-fi novels with journalists at the centre of the story. In the very short piece, I mentioned Dan Abnett’s Embedded and also T.C. McCarthy’s Germline. At the time, I didn’t know anything beyond the short synopsis I’d seen on Orbit’s website. As we draw closer to Germline’s August publication date, however, I thought it would be a great time to interview the author, and see if we can find out a little more about the book and the series it is a part of.

After receiving a PhD from the University of Georgia, McCarthy embarked on a varied career that gave him a keen perspective on warfare and foreign policy. He’s worked as a patent examiner in complex biotechnology, and also worked at the CIA as an analyst through 9/11 and the invasions of Afghanistan and Iraq. (Which is pretty cool.)

So, without further ado, allow me to introduce you to military sci-fi author T.C. McCarthy…

Your debut novel, Germline, will be published this year. What can we expect from the book and the series it is a part of?

Brutality and honesty (I hope). In Germline, we encounter the first of three characters, Oscar Wendell, a reporter whose morals and character lag behind those of his counterparts, but who finds direction in the crucible of war. In the second book, Exogene, we see the same war through the eyes of a genetically engineered soldier, Catherine, who experiences a similar awakening to Oscar – in that she finds an answer to the question “Who am I?” – but for whom the answer is not one we’d expect. In the last book (untitled as of yet), we see the aftermath of the war through Stan, a human Special Forces burn-out who only feels alive on the hunt; Stan is assigned “clean-up”, the assassination of any genetic troops unaccounted for, and by the end of it, comes to his own realization: he’s less human than the creations he hunts. 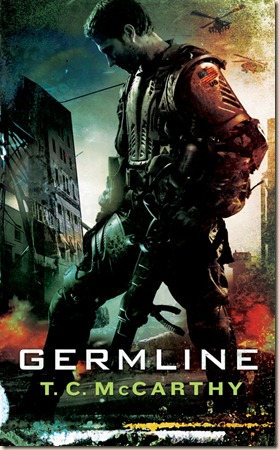 The striking artwork for Germline

Some of my inspiration – especially when it comes to the thoughts and feelings of my characters – comes from personal experiences; nobody gets through this life without a few bruises. As far as influences go, there are many! I’ve always gravitated to war-fiction and first-person accounts from the battlefield, but my favorite books tend to be those written by journalists; these are outsiders looking in, trained in the use of words but asked to use their talents in the description of horror. Michael Herr is responsible for Germline. I read his book (for the third time), Dispatches, in 2008 and realized that I had a story like that in me, one that had been germinating for some time but which didn’t crystallize until then.

Other influences include Guy Sajer, H.H. Munro (famous last words “put that bloody cigarette out!”), George Orwell (his essays mostly), and the list goes on (I attended one of those boarding schools – modeled after the British ones – where everything was about English Literature). The irony is that, although a fan of Heinlein, I wrote Germline while consciously trying to avoid resemblance to Starship Troopers. But everyone keeps comparing it to that; it must be the combat suits.

Last month you published The Legionnaires, as part of Orbit’s new eNovella series. What’s the story about, and how did the opportunity to write it come about?

Legionnaires is an extension of the Germline trilogy. Once I finished books one and two, I needed a break and started writing shorter stories about the Subterrene universe – my vision of what things would look like in, say, 2679. I’m not a believer in a one-government Earth; I think that cultural differences and borders will persist for centuries, the same way they have for centuries past, so I have several stories in which North Koreans have populated other worlds, the Chinese, etc. Then, at Worldcon, Montreal 2009, one of the panels was entitled “How Come There are No SFF Stories with Middle-Aged Women as the Main Character?” Or something like that. I didn’t attend the panel discussion, but knew that this was a challenge I’d have to meet, and The Legionnaires, whose main character is a woman in her 30s, is my answer. 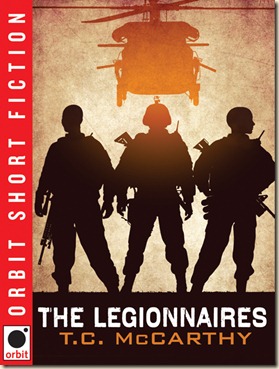 I hate working and writing, both. Period. I’d rather stay at home and play with my kids, and to be honest, writing feels exactly the same as a 9-5 job only more terrifying. Every time I look at the keyboard I know that someone expects me to hammer out 100,000 words – all in the right order, none of them too campy – and it makes me feel nauseous. So why do I do it? There has to be a reason, but to me it feels like a compulsion; hopefully that will change some day. For now I battle the constant fear (that I suck and that everyone has made a horrible mistake in publishing my work), but there’s a drive in me, a gear with a million teeth that won’t stop.

Having two jobs right now and how do I handle it? Well, I don’t know how I handle it; in fact, it feels like a lack of sleep will kill me eventually because I write on weekends, or at 3am, and the rest of the time I’m at my other job. In fact, I’m yawning as these words appear on the screen. As far as specific practices go, there are none. I’m in that “write-what-you-know” phase, which means war-fiction; I’ve researched strategies and tactics throughout my entire life, so there isn’t much research left to do. On the other hand, I’m shopping my latest short story, “New Holland,” to the literary magazines, and it’s about an aging tobacco farmer trying to come to terms with a dying industry and the encroachment of civilization. I had to learn more about tobacco farming than I knew existed, and for that I spent weeks pulling everything I could off the web. 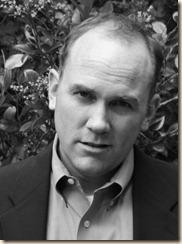 I knew I wanted to be an author when I was twelve. But my work was horrible and I it showed, which prevented me from really starting out until the age of seventeen; that’s when I met Edmond Chang (poet and now a writing teacher in San Diego). Edmond taught me the basics of writing and gave just the right amount of encouragement without pointing out that my early attempts at short fiction were for shit. By the time he finished with me, I had written my first really good story, “Bones,” and it was on from there, baby, on. I mean think about it: it only took about 20 to 25 years from there to sell my first book!

This was the hardest question and it took me some time to think of an answer, during which I considered the ongoing debates about author race, author gender, magazine sales (or lack thereof), literary SF vs. less-literary SF, etc. By the time my migraine came, it occurred to me: I can’t address those issues; I’m just not qualified yet.

But I do have an answer of sorts. There are very few SF books that have come out recently that I truly enjoyed, and in some ways Germline was my response to what I see as a genre captivated by happy endings and utopian societies (there, I just pissed off a few readers and authors). But it’s true; these types of works fail to ring true for me. I want to see more from the likes of Paolo Bacigalupi (I loved “The Yellowcard Man”), where characters aren’t really good or bad, they’re just human with all the inherent faults and wonders, and where, at the end, they find some answers, but maybe just as many questions. Hell. I’m 41, and still haven’t had a utopian moment. And all I have left are questions.

I’m working on the third book of the Subterrene trilogy, and once that’s done I’m going on vacation with my family. There are a few more books I’ve started, and a short story collection, but those will wait for a bit and I want to keep their details a secret for now...

Willi Heinrich’s Cross of Iron. Publishers Weekly reviewed Germline and drew comparisons to Cross, which I had never read! I highly recommend it, though; it’s great so far.

I chew tobacco like an addict – all the time to keep my nerves down.

Having at least one fan, meeting my agent and editor face to face, and finding out that the time spent writing – time away from my family – was worth it. I just crossed “being interviewed” off my 2011 list, so thanks; this was my first one.

Germline will be published by Orbit in August 2011, with Exogene currently slated for release in March 2012.