Book Trailer: “Songs of the Earth” by Elspeth Cooper (Gollancz)

Just a quick Saturday post, as it’s on my mind. 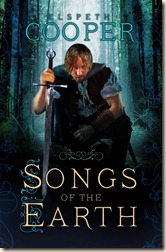 Published on June 16th, Elspeth Cooper’s Songs of the Earth has not been receiving quite the publicity roll-out that I expected.

The ARC does, after all, boldly state “This is the Fantasy Debut of 2011”, and yet I’ve only seen much about it on Speculative Scotsman (in a great, exhaustive two-part interview with Elspeth), and I know of the feature that will appear in Living North magazine (written by some-time Civilian-Reader reviewer, Emma). As a transplant to the North of England (10 years off-and-on at Durham University), I feel I should do more to promote Northern authors who don’t get enough attention. (If anyone knows any more, please let me know in the comments thread.)

So, in advance of my review (which should come on Monday), and to do what little I can to generate some interest, here’s the rather nifty book trailer: 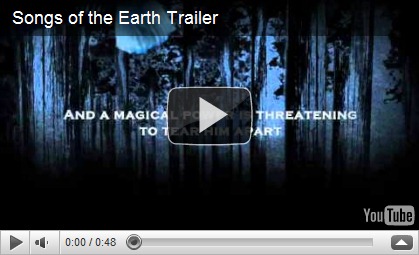 (In the wonderfully weird operating practices of bookstores in the UK, the novel is already available in at least a few Waterstone’s stores, so there is no need to wait.)

At the time of writing this post, I’m almost done with the novel and I have enjoyed it (particularly the magic system and the characters – both of which are very-well constructed and written), and it does promise some very cool and original things for the next two books in the trilogy, despite a couple of ‘kinks’.

Posted by Civilian Reader at 6:27 PM