An Interview with COL BUCHANAN 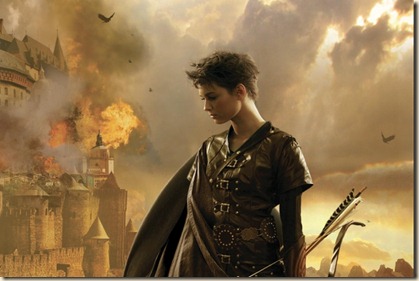 In 2009, Tor UK sent out a newsletter that mentioned a then-upcoming fantasy novel from debut author Col Buchanan. After a quick Googling, I learned some more about the novel, and my interest was well and truly piqued. When I was eventually able to read it, I was quickly engrossed by the world, characters, and story-telling – addicted from the opening chapter right until the surprising ending, and have been eagerly awaiting Stands a Shadow ever since. With the publication date of Buchanan’s second novel fast approaching, I contacted the author to see if he would share some thoughts on his novels, inspirations, and writing.

Your debut novel, Farlander, was recently released in the US (2010 in the UK); the second in your Heart of the World series – Stands A Shadow – will be published later this year. How would you introduce a new reader to your series and the world in which it is set? 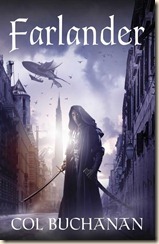 Think of a fantasy series written by a Northern Irish writer who maintains a boyish love for smart adventure stories. Combine that with an ever-maturing taste for realism and the consequences of actions, throw in some eastern philosophy and real-world history, especially the history of liberation – power and submission, freedom versus tyranny… and you should have at least a flavour of Farlander and Stands a Shadow.

The setting itself for the Heart of the World is a realistic one, more a pseudo-historical model than a traditional fantasy one. It could be our own world seen through a warped lens. Gunpowder is prevalent. Flight is possible. Economies compete against each other. Politically, an empire has taken over most of the known world, the Empire of Mann. It believes, collectively, that the world should be cast in its own image, and by any means. Founded by a nihilistic cult, it worships only the self – the divine flesh – and follows the fascist creed of authoritarian rule and dominion, though it is careful to maintain some illusions of democracy. Last to hold out against this empire are the Free Ports, a confederation of islands who follow the ideals of the democras – ‘people without rulers’. The overall story arc follows their struggle to survive.

Growing up where I did, in Northern Ireland during the Troubles, within a troubled family… that’s pretty much what has influenced me the most in life. Always will. What inspires me most are people who struggle against injustice and exploitation – anyone trying to shake up the status quo. 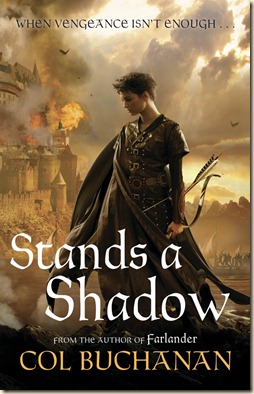 It’s important to live the life best suited to your nature. So really, I’ve always lived the life of a writer, even when I was unpublished and struggling and hungry. Lonely working hours suit me. Living on the margins, likewise. And since I have a great need to express myself through stories and words, doing that for a living… well it’s a dream come true, of course.

My writing practices tend to change depending on which phase of the book I’m working on. I’m loose during the earlier stages of brainstorming and plotting. My routine tightens up as I get into the book, when I move beyond the planning stage, then beyond the stage of writing rough drafts… eventually I reach a point where it’s pretty much all I’m doing, day in day out, and by then it’s like running a marathon for months on end, with friends and family wondering if I’m still alive. (I also use this a great deal as an excuse, because I’m a natural loner.)

Once I’ve entirely become a hermit and lost the few social skills I once had, the book by then is finished, out of my hands, and I have to begin the slow, careful process of rehabilitating myself back into the real world… 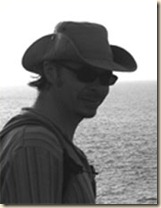 Around the age of ten a need to escape my circumstances drove me hard into books, especially fantasy and SF. I wrote my first novel around then. It was a twelve-page, handwritten, cardboard-bound story about a kids’ rebellion, in which the children staged a mutiny during the flooding of their school… It does make me smile to think that my story themes haven’t changed very much at all.

What’s your opinion of the fantasy/speculative genre today?

Honestly, I doubt I’m qualified to say very much about the fantasy or SF genres in the present day… I don’t read enough contemporary genre. Mind you, I have read some great works in recent years – Neal Stephenson is a phenomenal writer. I also like the realism present in Glen Cook’s Black Company stories.

It’s great to see how popular the genres are these days. It’s interesting too to see fantasy spreading into other media – the HBO TV series The Song of Ice and Fire for instance (which surprised me greatly by being shot in Northern Ireland, of all places).

I have a long story arc scripted for the Heart of the World series, which I’d love to see through to the end. Aside from that, there’s a SF adventure story that I’m burning to write in between the Heart of the World books, and a more sombre, near-future lament that I’ll write when I’m good enough to do the story justice.

I re-read old classics a lot. At the moment I’m re-reading Richard Matheson’s I Am Legend, and Kurt Vonnegut’s Slaughterhouse 5. I’ve also just finished reading Howard Mark’s fantastic autobiography Mr Nice, after many years of friends telling me how much I’d enjoy it. And I’m dipping in and out of a book of poetry by Charles Bukowski, The Days Run Away Like Wild Horse Over The Hills. Great title, though it’s not his best work by far.

Some wild camping with my wife in the Lake District, which is just north of where I live, and in Wales, and maybe further afield. Some clear nights beneath the stars, next to a campfire in the middle of nowhere. Simple things, simple pleasures. 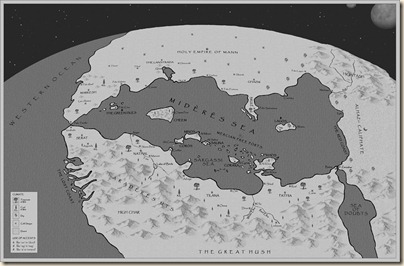 The World of Buchanan’s Series

If you want to know more about Col Buchanan and his novels, you visit his website for news and more!

Posted by Civilian Reader at 1:17 PM