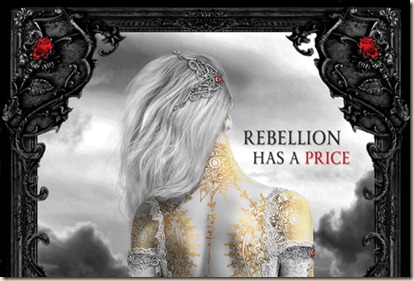 I’m sorry to be putting up a more-than-usual number of Artwork posts, but these are pretty striking covers. (I’ve had a bit of a bad day, so don’t get as much reading done as I’d hoped, and don’t really feel like finishing the current review I’ve got in the works – I will get it done for tomorrow, though.)

These pieces do adhere to some conventions of the genre (UF/PR), but there’s something about them that I really like, and caught my eye. They remind me of gothic versions of the picture mirrors you used to be able to buy in the 1970s and ’80s.

The three covers are for Kristen Painter’s upcoming House of Comarré series (published by Orbit). I’m not at all familiar with her work, but I think I will certainly give Blood Rights (book one) a try.

The artwork is (designed by Nekro), I think you can agree, pretty eye-catching, so I’ll let the artwork and short synopses whet your appetite (below). I’m really quite intrigued to try these novels – given the quality of the artwork, one can assume the publisher has high-hopes for the series – although the synopses do suggest that the three novels do adhere quite closely to many of the conventions/tropes of the genre. I guess it’s best to suspend concern until the books are actually available to read, though. 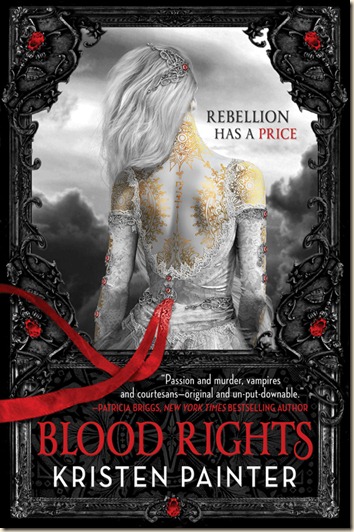 The lacy gold mapped her entire body. A finely-wrought filigree of stars, vines, flowers, butterflies, ancient symbols and words ran from her feet, up her legs, over her narrow waist, spanned her chest and finished down her arms to the tips of her fingers.

Born into a life of secrets and service, Chrysabelle’s body bears the telltale marks of a comarré — a special race of humans bred to feed vampire nobility. When her patron is murdered, she becomes the prime suspect, which sends her running into the mortal world… and into the arms of Malkolm, an outcast vampire cursed to kill every being from whom he drinks.

Now Chrysabelle and Malkolm must work together to stop a plot to merge the mortal and supernatural worlds. If they fail, a chaos unlike anything anyone has ever seen will threaten to reign. 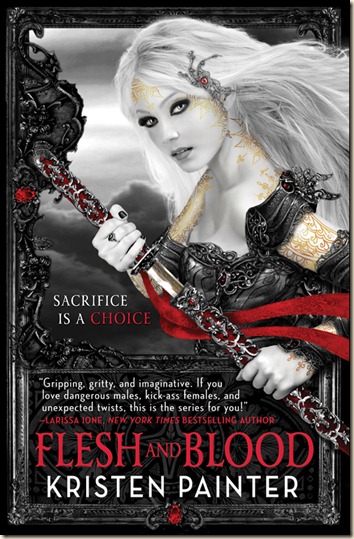 Those born into the comarré life produced blood in rich, pure, powerful abundance…

With the Ring of Sorrows still missing, and the covenant between othernaturals and mortals broken, Chrysabelle and Malkolm’s problems are just beginning. Chrysabelle still owes Malkolm for his help, but fulfilling that debt means returning to Corvinestri, the hidden vampire city where neither is welcome. 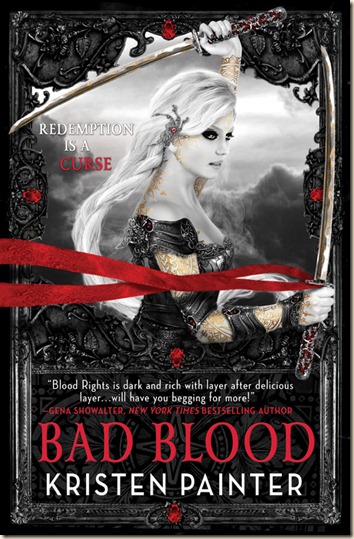 The signum she traced in blood began to expand. Blood filled in the blank spaces within the circle, expanding until a solid pool of red shimmered before her. The blood rippled like water and a flash of golden light gleamed across the surface.

Violent murders occur in Paradise City as counterfeit comarré are systematically hunted. While war erupts at home, Malkolm and Chrysabelle head to New Orleans to recover the Ring of Sorrows. Forced to make a life and death decision, Chrysabelle will realize that her relationship with Malkolm may have fatal consequences.

Samhain approaches, bringing with it the final melding of the mortal and othernatural worlds. No one knows just how much power the night holds.

I could be entirely wrong, but something about the descriptions reminds me of the aesthetic of Vampire: The Masquerade, mixed with the (perhaps over-used) doomed-love trope that is oh-so-popular. As I mentioned earlier, it’ll be interesting to give them a try. Who knows, maybe they’ll be a UF/PR series I actually like?

(I have yet to find anything in this genre that I particularly enjoy – from the various sub-types of UF/PR, none thus far have grabbed, let alone held my attention for very long. I’ve bought the first novel in M.L.N. Hanover’s series, but mainly because I’m familiar with the author’s other work – it’s a pen-name for another Orbit author: Daniel Abraham.)

Posted by Civilian Reader at 6:30 PM