In an interview last month with Civilian-Reader, Rachel Aaron mentioned that her series was going to be re-branded before the release of her fourth novel, The Spirit War. The new cover for The Legend of Eli Monpress, which collects Aaron’s first three novels – The Spirit Thief, The Spirit Rebellion, and The Spirit Eater – was unveiled yesterday: 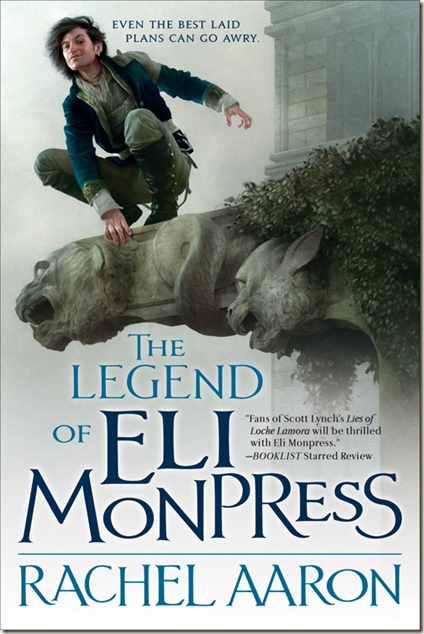 I do quite like it. It’s not quite as atmospheric as the original covers (below), but the artists have given Eli a suitably cheeky expression, which matches his character from the novels very well.

I’ve said it before on the blog, but I’ll say it again: if you’re looking for a fantasy series that is more light-hearted than many being published these days, with a good heist-element to them, then The Legend of Eli Monpress should be right up your street.

This edition will be published in February 2012 in the UK.

For sneak-peaks of the artwork-in-progress for The Spirit War, head on over to Orbit’s blog. 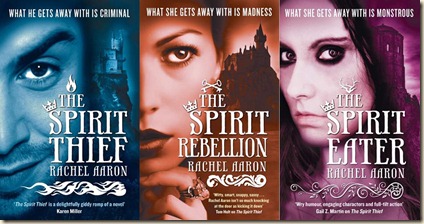