After being distracted by Cherie Priest’s latest Twitter video of her new puppy (who is very cute), I noticed this photo had also been posted by the author: 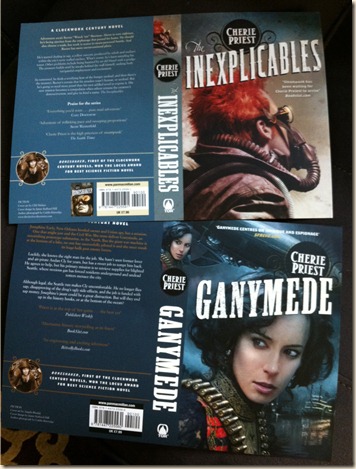 These are cover flats for the UK editions of two of Priest’s Clockwork Century novels – in this case, books three and four. First off, I think that cover for Ganymede is really good, but the Inexplicables cover is a narrower zoom on the US artwork, which I saw at BEA2012, and much prefer: 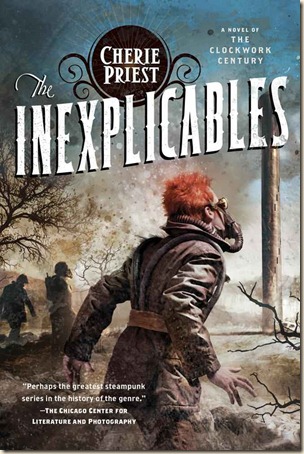 I had mixed feelings about Boneshaker, but I fully intend to catch up with the series at some point (I bought Dreadnought and Ganymede while I was in the US, but ran out of time before I could read them – Alyssa is kindly storing them for me until I return). The premise for each novel is great, and I think Priest has done a good job with the world-building. Perhaps the second, third, and fourth books in the series will live up to my expectations. I really hope they will, so expect reviews of them in the near future. 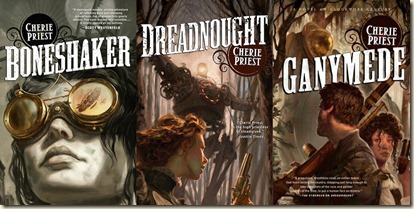