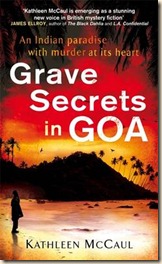 As a writer, I’ve done some foolhardy things. I flew to Iraq, a week after my final university exams, to help set up a newspaper in newly worn-torn Baghdad. I’ve hopped on a bus to Srinagar, leaving London behind for a job on the Kashmir Observer. And there were times in these places where I thought I had bitten off more than I could chew.

When Saddam’s sons were caught and the whole country erupted in a celebratory gun shower, I thought it was the start of a civil war. As I tossed up between hiding in the wardrobe or under the bed of our tiny, insecure, house, I realized I had been a bit irresponsible and might cause my parents some grief.

Inviting a boatload of ex-militants to tea in my houseboat in Kashmir wasn’t thought through enough, either. I saw that by the face of the owner, who went a whiter shade of pale as he saw the grizzly group paddling towards us – and the angry call from my editor explaining, “They know where you live, now.” 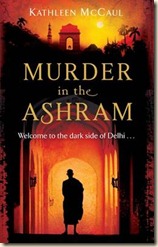 When I had my first book, Murder in the Ashram, accepted for publication, I was lucky enough to get a deal for a second. The first, set in Delhi, came slowly, while living in the city. This second needed to be quicker, better and in a different location. I hit on Goa.

Known for its beaches and parties, it’s a place of crime and drugs as well as beauty and good times. The perfect setting for a thriller, I thought. My Brazilian boyfriend hired a scooter and we spent three months travelling the state, thinking up ideas, talking to everyone and hatching a plot.

It all seemed to be going well until I started running to the bathroom every hour and falling into bed before sundown. Getting pregnant was not part of the second book plan – or moving back to Brazil.

Writing a thriller heavily pregnant led me to some strange places. My Google searches ended in horrific stories of snatched babies and dead mothers. My boyfriend forbade me from re-reading a fourth James Ellroy book on the grounds that it would affect his child.

But I carried on, and somehow managed to get the final draft in on my due date, huge and heavy and nervous. And in the end, perhaps I did a better job than I could have done at any other time. I was incredible unsociable, which made ruminating ideas easier. I didn’t drink, which meant I really did get up at seven every day. And my powers of concentration were so hindered that I had to forget about every other area of my life other then the book.

There were sacrifices. As I went into hospital, my doctor asked me how I felt about becoming a mother. I hadn’t really thought about it, I’d be too busy concentrating on murder. I hardly knew the end of my street, so little time I had to spare, intent on finishing the book before the baby was born.

But it was an experience – I think my daughter must be one of a few unborn children who have had a crime novel dedicated to them. Ten copies arrived in Brazil today, on her seven-month birthday. She’s over the moon with the box and chewing her copy to bits. I hope one day she’ll enjoy the second version I’ve put up for her; in the way it was intended.

Ruby Jones just needed to relax and take a holiday. She made a bad decision when she headed for Goa... Famed for beaches and full moon parties, Goa is also home to one of the most famous Christian shrines in Asia – St. Francis Xavier, his body still miraculously intact after five hundred years. But when the head of the saint is stolen, Ruby discovers there’s a lot more going missing in Goa than the head of the famous saint, and beyond the palm-fringed beaches is a world of smuggling, corruption and crime. The weather is balmy, the sea is warm, but Ruby can’t play at being tourist when her journalist instincts are twitching. And soon she finds herself at the centre of a lethal world turning in on itself – with deadly consequences.