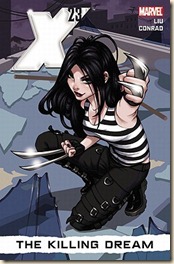 Government-controlled killing machine. Child of the streets. X-Man. X-23 has lived many lives, but none of them have ever felt right. She knows she’s a killer, but she’s not sure she can be anything else. The X-Men offer her a home and help facing her demons, but she’s done being someone’s project. She wants to be her own woman, and she’ll do it on her own terms.

Leaving the X-Men’s island home of Utopia on a mission all her own, she’s already found trouble. Even with the mutant thief Gambit at her side, her past haunts her. With new enemies rising, can X-23 trust herself not to succumb to her deadly ways? Or is it all just in her head? Free of her chains, can this killer finally taste true freedom?

I tried this series on a bit of a whim – I’ve heard great things about Liu’s writing, and I think X-23 is an interesting character. When I saw this in the local Bargain Bookstore (it was remaindered, like oh-so-many Marvel collections these days), I decided to finally give it a try. And I’m quite glad that I did, despite missing a fair bit of background knowledge.

This is the first story I’ve read that features X-23 – or “Laura” to her friends and adoptive family. It’s a little weird, as Marvel series go. It’s got some of DC’s darkness to it, which I found refreshing. Some of the ‘dream’/hallucination scenes in the first few chapters were weird and quite jarring for this new reader. I wasn’t familiar with how broken Laura’s psyche is, so I was a little bit confused as to what was really going on. That being said, it’s quite easy to pick up some of the thread as the story goes along. 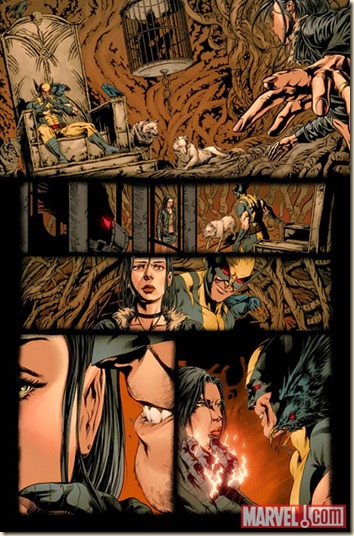 The decent catch-up text, written to appear like Wolverine is recounting X-23’s past, was very useful, but situated at the back of the book it comes a little too late. I’d recommend, therefore, that you read that before diving into the book proper. It helps situate the reader somewhat better in X-23’s story, and fills in some of the blanks. It should also whet your appetite for more of her story – it sounds very interesting indeed.

Despite all of this background, and the strength of Liu’s writing, as the story progresses... I was still a little lost. Despite the fact that this is “Volume 1”, I would not ultimately recommend this as a true entry-point. I was able to grasp a lot, but not all, and that mainly because of some existing familiarity with Gambit, Wolverine, and so forth. Speaking of Gambit – it was nice to see him in a comic again, having not read anything that included him since Zero Tolerance back in the 1990s (I’ve been quite out of the loop, to be fair).

The artwork is pretty fantastic artwork, but I have no idea why they had to keep changing artist mid-chapter and, in a couple of instances, even mid-scene. This is rather frustrating, and diminished the overall impact of the series, I think. Conrad’s artwork is great, as is Checchetto’s (who I knew from his amazing work on Greg Rucka’s current run on The Punisher). 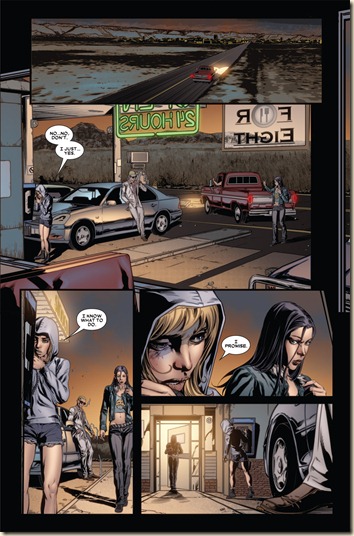 Overall, this was an interesting book, and Liu’s writing really is excellent. She does a great job of making Laura/X-23 feel like a real, conflicted person. Yes, I would have preferred to be a little more familiar with the character’s backstory, but I nevertheless enjoyed this. I’m not sure about the villain, though, as the final couple of chapters were a little weaker. I probably will check out the second volume of the series (out now in Hardcover), but I won’t be rushing out to do so. 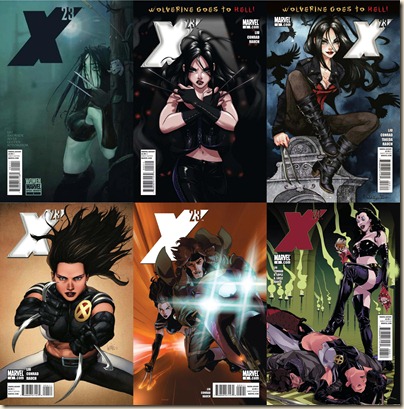 Posted by Civilian Reader at 3:21 PM