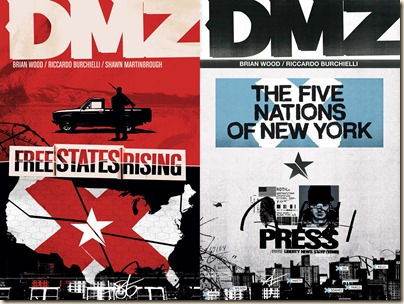 Finally, the end of the series. Ever since I picked up the first book in Brian Wood’s DMZ, I’ve been hooked, eagerly trying to get hold of the next book, and the next. Wood and Burchielli bring the series to a superb, satisfying and emotional close, doing the long series justice. I was sad to have the series end, but I think the team chose to end it at the right point. Some parts of the story could, maybe, have been expanded on or fleshed out, but I think the fact that the story has ended properly, without spin-offs and extra issues, allows it to maintain a considerable impact. It’s a serious, thought-provoking piece of work. DMZ is a must-read for anyone with an interest in politics, media and modern warfare.

As Matty Roth covers the battles on the ground, old allies and enemies resurface and Matty must prove that after all he’s been through that he is a changed man. Will the choices he makes reflect this? 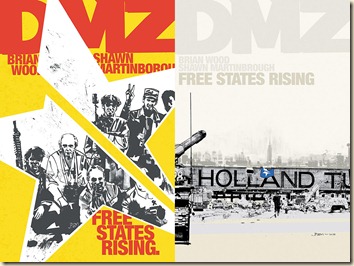 First two chapters are about the rise of the guy in charge of the Holland Tunnel. The style is a little different, and we see the evolution of the character from lone war profiteer to movement leader and boss of the tunnel. He’s quite the rabid believer, one who quickly becomes jaded with the movement leaders who set the whole thing rolling, disgusted that when he proposes making a push to Manhattan that he should just write up a report for the committee. He decides to take matters into his own hands, and storms the tunnel, thereby setting up a powerful strongpoint and stranglehold on certain access to the city and DMZ. (He crops up again during part two, and we see the end of his story as it pertains to the war for Manhattan.)

Then we move back to Matty’s story, and see him operating as some kind of press-royalty, with a pass that lets him go anywhere in the city he wants, unhindered, as the US Army continues its push across Manhattan. They Army is clawing back territory from the Free States army as well as Manhattanites who simply don’t want to be a part of the country that bombed the shit out of them for 30 hours straight. Even though life was ridiculously hard for them, they’ve become protective of their freedom. 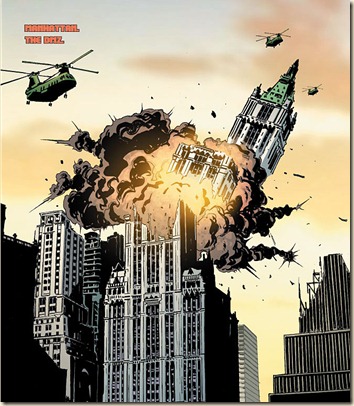 When Matty comes across some surprise information, he finds himself in yet another precarious position – one that could completely alter the course of events and turn peace negotiations on their head. Will he act in the interests of the city, the country, or for himself? 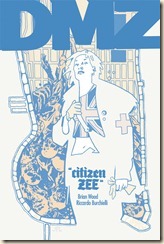 Zee’s story at the end is another great catch-up piece. Not only do we spend some time with Zee, learning about what she’s been up to while Matty worked for Parco Delgado and had a moral epiphane, but we also get more detail on earlier events, but this time from Zee’s perspective, rather than Matty’s. We see her perform one of the most selfless – perhaps even one of the most important – acts of the war, too, much to Matty’s surprise at the end.

Overall, “Free States Rising” is another great collection, as I fully expected it to be. This is yet another example of DMZ being one of the best comic series available. 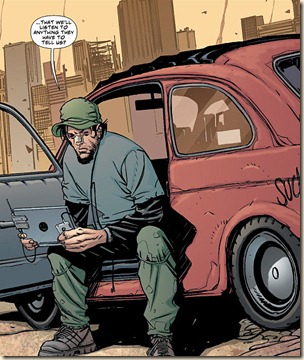 Matty’s seen to it that everyone's voice is being heard, but will the social order in New York City devolve into anarchy, or is there a new New York to be discovered underneath the rubble of the old?

The final book in the series, “The Five Nations of New York” is very introspective and thoughtful. It is also quite emotional, as Matty and Zee travel around post-armistice Manhattan, interviewing the nominal leaders of the five distinct “nations” that have formed in the DMZ. It’s Matty’s final assignment for Liberty News, before some hinted-at event is to take place – we’re kept in the dark until the moment it happens – and Matty comes face-to-face with the nature of life in the DMZ, how it has developed, but he is also confronted with victims and repercussions of some of his own actions. Actions that still haunt him. The issue has one of the most poignant final scenes I’ve read in any comic.

The concluding issue, an epilogue set 15 years after the previous chapter, is a wonderful summation and rumination not only on the series, but also New York City. It’s a superb end. 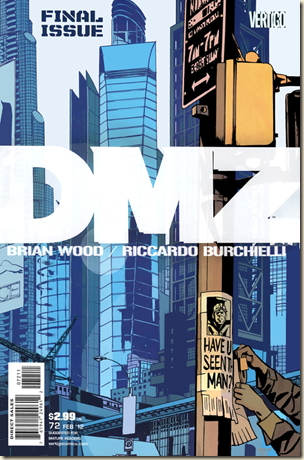 Posted by Civilian Reader at 10:35 PM