A few months ago, I caught sight of the cover artwork for The Corpse-Rat King, Lee Battersby’s debut for Angry Robot Books. It looked dark and weird, so I was naturally intrigued. With the book now available, I thought I’d get in touch with Lee and grill him about his thoughts on writing, reading and much more besides.

I thought I’d start off this interview with something straight-forward: Who is Lee Battersby?

a) The wind beneath your wings.

b) The dragon, I am the sky, I am the blood at the corner of your eye.

c) A somewhat fat middle-aged bloke living in a small town 50 miles south of Perth in Western Australia, with a wife who’s also a writer, a bunch of insane kids and a dog I don’t like all that much.

d) All of the above.

Your debut, The Corpse-Rat King, has been recently published by Angry Robot Books. How would you introduce the novel to a new reader?

The Corpse-Rat King is an absurdist anti-fantasy novel in which the central survival instincts of cowardice and blame-shifting are given full reign, and everyone says ‘fuck’ more than is good for them. Any similarities to people living, dead, or halfway between the two is entirely coincidental, except for the guy on page mumbletymumble, who is based on someone I hated in High School. 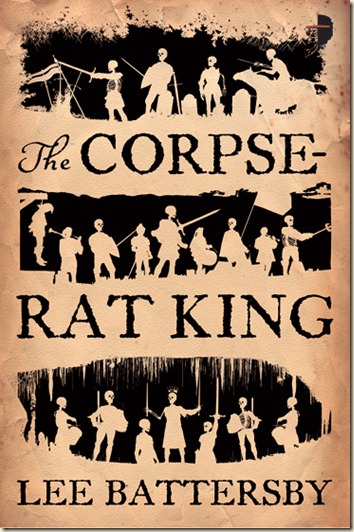 The novel has a rather macabre topic – what inspired you to write the novel? And where do you draw your inspiration from in general?

It’s funny, because I don’t really consider the novel macabre. Absurd and darkly funny, yes, but there’s not the grim fascination with morbidity that characterises truly macabre works for me. Either that or my radar’s really out of whack, and if I ever write something I think is macabre it’ll have to come with a health warning…

I have a fairly dark view of human nature – my wife is very much the sunny side of the coin in our relationship – so when I set out to write something that differs from a straight ABC narrative, much more of my inherent cynicism seems to leak out. It’s taken me a long time to trust that voice, but hopefully people who read the novel will appreciate it as an absurdist text with a fantasy setting rather than a fantasy novel that tries to be funny. Or, if not, hopefully they’ll like the nob gags.

I received an anthology for my 9th birthday, one of those books with “For Boys” in the title (and doesn’t the idea of an anthology of SF exclusively for boys just point out everything that’s wrong with our genre?). It had stories by the usual Golden Age suspects – Asimov, Leinster, Heinlein, Harrison and the like – and a story called “It Could Be You” by a writer named Frank Roberts, which utterly bent my brain. Being my first SF book, I had no previous reputation to go on, so I had no idea he was rather obscure compared to the more ‘illustrious’ names around him. It was that story that sunk into me and never really let go. I was extremely pleased to find out, almost 30 years later, that Roberts was Australian. It seemed serendipitous that, even unknowingly, I should be sent on my Science Fiction way by a fellow Aussie. I still have the book. They’ll probably bury me with it.

I love being a writer. If I could make a living from writing I would, no question about it. I’m fortunate in that I have a great day job, so there’s no pressure on me to do so, but every second I spend away from either my family or my writing is spent most begrudgingly. My life is pretty frenetic, so I very much have a ‘whatever works’ approach to writing. I watch a metric fuckload of documentaries; read obsessively; use the notes functions on my phone and iPod constantly; slaughter my phone’s battery because I’m always on the net… I don’t have the luxury of a nicely appointed writerguy office where I can retire for hours of relaxed contemplation (who does?), so it’s all about maximising my potential exposure to research and writing opportunities. Which means I’m a bit of an information omnivore, and I spend a disproportionate amount of time trying to collect all the various notes and factoids and episodes into something vaguely coherent so I can start to frame my narrative. But it’s all good, clean fun.

Pre-computers I’d have been the guy who wrote his novel on the back of a thousand napkins and fag packets, no doubt about it. 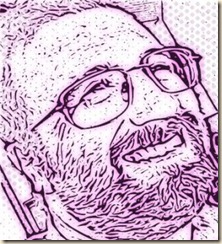 I think my year 12 English teacher realised I wanted to be a writer before I did. She cajoled me into writing fiction pieces for almost every assignment, as well as several pieces for the yearbook, and really gave me the opportunity to realise how much I enjoyed the act of writing. It’s a cliché, isn’t it – the one teacher at a rat-arse school who actually gives a damn and gives a student a light to reach towards? But there it is. Take a bow, Karen Philp.

My first attempt at independent publication happened at University: the annual university anthology was run like a real magazine, with the whole submission/rejection process in full force. I placed a couple of poems there over my three year degree, which really was my introduction to the way things were done in the real world. I was also madly submitting to magazines, so I was able to compare and contrast the ways in which University tutors and people who worked in the industry for a living approached the writing world, which was perhaps not the education the faculty was expecting me to get, but proved far more useful in the long term.

I don’t have any opinion of the genre as a whole, largely because I think the use of genre to define what we do is far too arbitrary and limiting to be useful. I am a writer, and a reader: it sounds all kind of soapboxy to say it, but I don’t look at the genre of a book when I pick it up to read or when I have an idea I want to write. I look at the plot and whether it will interest me. I really don’t care beyond that. Most of the authors I enjoy don’t fit into one classification, anyway. Take 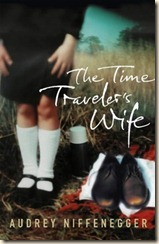 The Time Traveller’s Wife as one rather obvious example: Science Fiction? Romance? Literature? Yes, yes, and yes; so why focus on one aspect?

I do love SF, and my increasingly-intermittent interactions with the SF community, but large parts of it leave me untouched, and I find that there is a tendency towards misplaced passion within fandom that I simply can’t be bothered with (“You don’t like Game of Thrones/Firefly/Buffy/Take Your Pick? You’re not a real fan, and now I’m going to spend the next three hours shouting all the reasons why you’re an idiot and I’m the cleverest person in the room!”). I’m far more comfortable with small, intimate conversations, and egotistical enough that I don’t want to be made to feel like I have to justify my taste in order to gain membership of some club of insiders. In the main, if I could be writing or reading instead, then I’d rather do that.

As to my own work, I’ve no idea where it sits. I really don’t want to add the idea of ‘genre’ as some sort of filter my ideas have to pass through to become stories. I’ve published in and out of speculative fiction. I enjoy having some sort of range. If the way I fit stories together continue to find appreciation with speculative fiction markets then that’s excellent, but I maintain the right to get off the reservation every now and again if I want to.

I’ve just handed in Marching Dead, the sequel to The Corpse-Rat King that will be out in April next year. I’m giving my brain a week off before I turn my attention to Father Muerte & the Divine, the novel I began while CRK worked its way through the Angry Robot Open Door process last year. I’ve 52,000 words down already, so now it’s time to push on and see whether I can bring it to a successful end point. There’s a possibility that Angry Robot will ask for a third CRK novel: there’s a clause in the contract, and if the marketplace speaks we’ll saddle poor old Marius up and fuck him up all over again. After that, I’ve got an idea for a post-apocalyptic revenger’s tragedy I want to flesh out and see what happens. And then, who knows?

I seem to read in phases: lots of short stories for a while, then an endless parade of graphic novels, then a lot of fantasy novels… right now I’m in the mood for non-fiction. I’ve just come off reading Catharine Arnold’s Underworld London and have moved straight on to re-reading Necropolis, her historical accounts of London’s funerary practices and attitudes towards death over the last 1000 years. I’ve also had Too Brief a Treat: the Letters of Truman Capote by Gerald Clarke on the bed stand for a little while. It’s a little bit of filling up the imagination tank with fuel, I think. I love slightly obscure history, secret histories, biographies of forgotten historical figures, that sort of thing, so I’m right in my element at the moment. 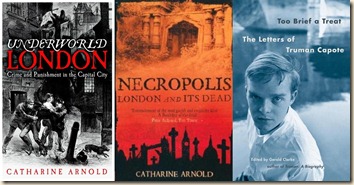 I wish I was exaggerating for shock value, but that’s actually true. A career in stand-up comedy can take you to some odd places…

Finishing Father Muerte & The Divine. I’ve enjoyed writing the two Corpse-Rat King novels, but having them under my belt now makes me feel like I have to go back out into the marketplace and prove myself again: all that positive momentum I’ve built up over 18 months with the Angry Robot contract will falter if I can’t follow it up with another good sale, so I’m enjoying thinking about working under that pressure.

The Corpse-Rat King is out now. Here’s the synopsis:

Marius don Hellespont and his apprentice, Gerd, are professional looters of battlefields. When they stumble upon the corpse of the King of Scorby and Gerd is killed, Marius is mistaken for the monarch by one of the dead soldiers and is transported down to the Kingdom of the Dead.

Just like the living citizens, the dead need a King — after all, the King is God’s representative, and someone needs to remind God where they are.

And so it comes to pass that Marius is banished to the surface with one message: if he wants to recover his life he must find the dead a King. Which he fully intends to do.

Just as soon as he stops running away.

Posted by Civilian Reader at 4:18 AM