Guest Post: “The Fantastical 18th and 19th Centuries, or, Dragons Dancing at Almack’s” by Daniel A. Rabuzzi

Today I bring you a guest post by author Daniel Rabuzzi, who read my post on the Jo Fletcher Books Blog and had some more to add to the topic. So, naturally, I let him guest on the blog… 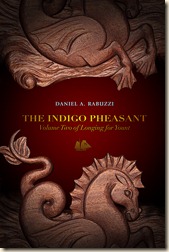 Thank you Stefan for inviting me to guest-post at Civilian Reader, on the occasion of Chizine/CZP publishing my fantasy novel, The Indigo Pheasant (sequel to 2009’s The Choir Boats).

I want to start by quoting you (if I may), when you guest-posted at Jo Fletcher Books in July this year:

“Is it just me, or are 18th/19th Century-style worlds absent from the fantasy genre? I don’t profess to have read every fantasy novel, so it could well be that I’ve missed a swathe of series and novels set in time periods inspired by the 18th and 19th Centuries. But, from my reading, I think their absence is a considerable oversight, and also an area for exploration and exploitation.”

Given that my novels are set in the early 19th century (the action starts in London, and involves characters whose origins are British, West African, Chinese, Indian, German – ­and from elsewhere altogether), you will not be surprised that I agree with you.

I think the 18th and 19th centuries (which I specialized in when earning my doctorate in history) are excellent platforms from which to explore the fantastical, for at least four reasons:

1. They allow greater scope for characters to think about and act upon the contrast between the magical and the mundane. To use John Clute’s term, magic had begun to “thin” in the prevailing European world-view – with consequent awareness of loss, either in celebration or dismay.

2. They likewise grant the author play in terms of technologies, and in the reactions of characters to new technologies – and to the asymmetrical power dynamics created when one society has the new technology and others do not.

3. They force readers in the wealthier nations to confront much more openly the qualities of our own situations today, including the ongoing impact of said asymmetrical power dynamics. The past may be a foreign country but the 18th and 19th centuries are not so foreign as still earlier times ­the contours of modern life are recognizable, the inequities, crimes and wrong-headedness less easily dismissed as quaint or remote.

4. They birthed and raised the novel as a literary form, and gave wide range to an English language that was experimenting with voice, tone and vocabulary in ways powerfully informative for the writing of fantasy. I might even argue – pace Professor Tolkien ­that the English-language literature of this period has been the most influential on our current fantasy fiction. What a parlor game it would make to identify the modern-day descendants of Defoe or Pope, of Sterne or Henley’s Beckford, of Edgeworth or Scott. Who is our Barbauld, who our Coleridge (and our Tieck, Hoffmann or Novalis in translation), our Radcliffe, and so on down through Wordsworth, Blake, Shelley and Keats, Hawthorne, Poe and Melville, to Rossetti and the other pre-Raphaelites (and who our Rimbaud, Verlaine and Baudelaire as translated)? Wasn’t it in the 18th and 19th centuries that Europeans and their American offspring learned to value ruins, ivied towers in the moonlight, distant hills, the echo of the nightingale in the hollow dale, the dolor of lost ladies and young men on quests, and the longings of lovers on the strand? (Which begs the question – burningly relevant but in need of an answer in another essay, given space constraints here­ – of why the Europeans were so late in appreciating these wonders; the Persians, the Arabs, the Indians, the Chinese and other peoples had earlier learned to express the beauty of such things in song, poetry and prose). 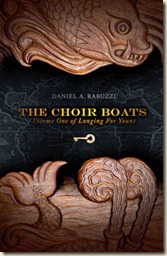 When I started writing The Choir Boats over a decade ago, I too felt the lack of 18th and 19th century settings in genre fantasy. I loved Sylvia Townsend Warner’s Brocéliande stories – reminiscent of the Bourbon court before the Revolution, published in The New Yorker in the 1970s – and Angela Carter’s lushly re-envisioned fairy tales set in a late Victorian or Edwardian world (“he felt a certain involuntary sinking of the heart to see his beautiful two-wheeled symbol of rationality vanish into the dark entrails of the mansion”). Delia Sherman’s 1993 novel The Porcelain Dove gave us an evocative and sorcerous version of 18th-century France, full of calamities and strange occurrences: “even the mnemonic powers of a magic inkpot cannot redeem from oblivion every event that befell us between 1765 and 1776.”

I knew of few other examples, so I was propelled rather by my archival research, and influenced by stories set in those eras by writers not normally associated with fiction of the fantastic: Patrick O’Brian’s Aubrey/Maturin series (Norton began re-publishing these in 1989, at which point they exploded in popularity); A.S. Byatt’s Man Booker winner Possession (1990); Penelope Fitzgerald’s The Blue Flower (which won the National Book Critics Circle Award in 1997). And, of course, interest in Jane Austen surged in the 1990s, epitomized by popular film versions of Pride & Prejudice (the 1995-’96 BBC production with Jennifer Ehle and Colin Firth), Sense & Sensibility (1995, with Ang Lee directing Emma Thompson, Kate Winslet, Alan Rickman and Hugh Grant) and Emma (1996, with Gwyneth Paltrow and Jeremy Northam).

The landscape began to shift in 2002/2003 with the publication of “The Rose in Twelve Petals” by Theodora Goss (“His mind wanders, as it often does, to a house in Berlin and a laboratory smelling of strong soap, filled with braziers and alembics, books whose covers have been half-eaten by moths, a stuffed basilisk”) and of The Light Ages by Ian MacLeod, with its Dickensian/Wellsian take on an alternative England. The landscape changed dramatically with the publication of Susanna Clarke’s Jonathan Strange & Mr. Norrell in 2004, and the first of Naomi Novik’s Temeraire novels in 2006 – brilliant, beautifully written visions of the Napoleonic era, of England with magic returning and the roads to Faerie re-opened in the former book, of England going to war using dragons and dragon-riders in the latter. D.M. Cornish’s first Half-Continent/Monster Blood Tattoo novel was published in 2006, Jay Lake’s first Mainspring Universe novel came out in 2007, Galen Beckett’s The Magicians and Mrs. Quent in 2008... worlds emulating Regency England or the Victorian era are no longer unusual. While such settings will probably not any time soon displace the medieval surrogates of more traditional fantasy fiction, they have found a growing audience within the field. 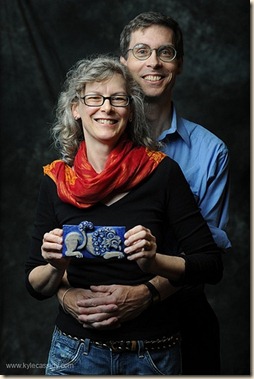 Daniel A. Rabuzzi & Deborah A. Mills

Daniel A. Rabuzzi studied folklore and mythology in college and graduate school, and keeps one foot firmly in the Other Realm. Daniel’s short fiction and poetry have appeared in Sybil’s Garage, Shimmer, ChiZine, Lady Churchill’s Rosebud Wristlet, Abyss & Apex, Goblin Fruit, Mannequin Envy, Bull Spec, Kaleidotrope, and Scheherezade’s Bequest. He has presented at Arisia, Readercon, Lunacon, and the Toronto Speculative Fiction Colloquium. He has also had twenty scholarly and professional articles published on subjects ranging from fairy tale to finance. A former banker, Daniel earned his doctorate in 18th-century history, with a focus on family, gender and commerce in northern Europe. He is now an executive at a national workforce development organization in New York City, where he lives with his wife and soulmate, the artist Deborah A. Mills (who illustrated and provided cover art for both Daniel’s novels), along with the requisite two cats. You can find out more about Rabuzzi’s writing on his website and blog.

Novel previews: The Choir Boats and The Indigo Pheasant.