One for Horus Heresy Fans…

Forge World, part of Games Workshop, has finally released their first Primarch model: Angron, the psychotic gladiator-lord of the World Eaters. And it’s a damn fine model. I just wanted to take this opportunity to share a pic of it on the site: 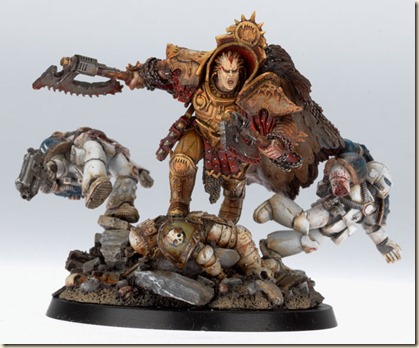 It would always be a tricky proposition, releasing Primarch models – in the lore and the novels, they have become such mythical beings that for some they’ll never be captured appropriately in miniature form. With this model, though, I think Simon Egan (and whoever did the paint-job) has done a fantastic job.

For more great pictures (and details of Betrayal, Forge World’s first Heresy book), check out the their website.