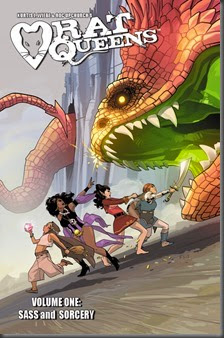 Who are the Rat Queens?

A pack of booze-guzzling, death-dealing battle maidens-for-hire, and they’re in the business of killing all god’s creatures for profit.

It’s also a darkly comedic sass-and-sorcery series starring Hannah the Rockabilly Elven Mage, Violet the Hipster Dwarven Fighter, Dee the Atheist Human Cleric and Betty the Hippy Smidgen Thief. This modern spin on an old school genre is a violent monster-killing epic that is like Buffy meets Tank Girl in a Lord of the Rings world on crack!

In the tradition of Skullkickers (also published by Image) and Princeless, Rat Queens is a tongue-in-cheeky, funny take on traditional sword-and-sorcery tropes. We have the classic fantasy band of adventurers, with an amusing dynamic. That they happen to all be women is a nice touch, too, and Wiebe clearly shows (without any type of preaching) that there’s no reason why only big, hulking male barbarians or wizened, white-bearded sages have to be at the centre of fantasy adventures. Someone in the Rat Queen’s home town is setting up the local mercenary bands – engineering deadly assignments intended to eradicate them entirely. Unfortunately for the conspiracists, the Rat Queens won’t go down without a fight, a lot of killing and plenty of raucous fun. 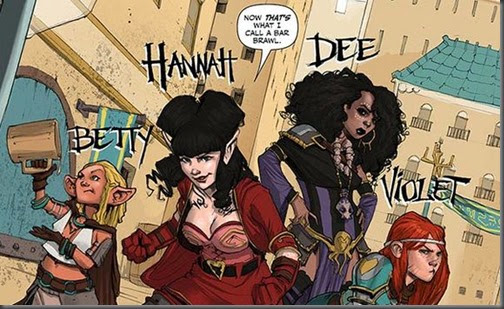 As the first volume, we’re still only just getting to know the characters by the end, but I am very eager to read more of their adventures. There is a perfect balance between action, story, and just plain fun in this first volume. At the same time, Wiebe does not ignore the importance of character development, and we start to see them develop a good deal over the course of this collection – there’s still plenty of scope for expansion, which I have no doubt the creative team will firmly exploit in the future.

There were so many great touches throughout that just made me like the characters more – the unusual, perhaps conflicting character traits and mannerisms they have round them out wonderfully (one, for example, has extreme social anxiety, despite being able to throw down with a troll – below), and even after this short introduction to them, we start to see them as fully-rounded, three-dimensional characters. The dialogue and interaction between the cast is sharp and funny. There are a fair few background gags and asides that a quick read might miss (poor, put upon Dave, for example). 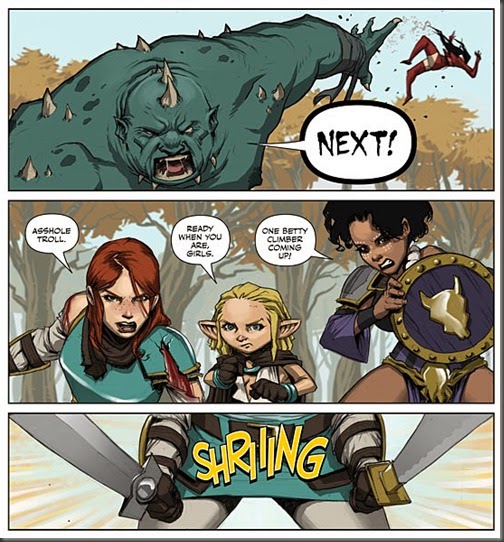 The artwork is clear, if slightly cartoony. This does not detract from the story, rather it enhances and complements it perfectly – Upchurch realises the action and visual gags extremely well. Like my other favourite artists, Upchurch has a gift for drawing and presenting facial expressions, and conveying so much with a simply smirk, raised eyebrow, or knowing glance. It really adds an excellent, bonus nuance to how the characters interact with each other. 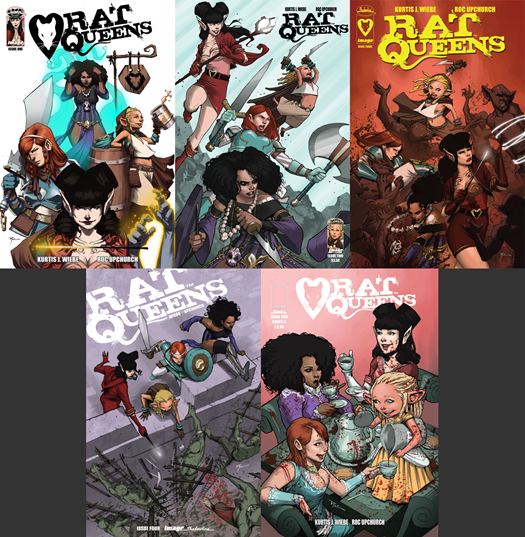