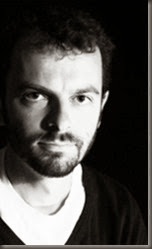 Masons, like writers, learn the hard way to choose their foundation carefully. The strength of that first stone defines the structure, sets the tone. Accordingly, Chapter One of Spira Mirabilis begins with blasphemy. The Last Apprentice of Concord whips up a Children’s Crusade and instead of sending them to fight the approaching coalition led by Contessa Scaligeri, he sets them to construct a new cathedral. This is a recreation of the Tower of Babel, that structure torn down by an outraged God who then “confounded the language of all the Earth,” for good measure.

Finishing The Wave Trilogy, I found myself toiling in Babel’s shadow. This influence can be partly ascribed to the setting – cathedral building was medieval society’s engine, the focus of mathematics, engineering, art and devotion – but what troubled me was what Nimrod’s Tower says about creation. It condemns all creation as a blasphemous encroachment. What more damning indictment of the hubris of storytelling than a tower reaching to heaven, swatted aside by the greatest creator of all? The Middle East’s attitude to idolaters has always swayed between hostility and ambivalence. No accident then that Scheherazade, like Babel, springs from the fertile soil between the Euphrates and the Tigres. The lovely slave girl forever spinning yarns to keep her head from tumbling is, I like to think, the patron saint of storytelling. Her story reveals the secret of all stories: once you get in the habit of it, it’s easier to keep going than to stop. 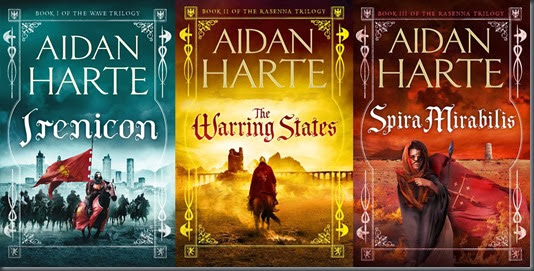 There’s always a new twist, a cliff-hanger to escape, a long lost uncle to appear, a reconciliation or – better yet – a quarrel to be had. The deeper one is immersed, the more improbabilities one will accept. Watch the end of any Hitchcock film; it will seem overwrought, even silly, but only because you haven’t earned the heightened emotions the last act demands. Plenty of wonderful stories, like political careers, simply capsize before the finish line. The final season of The Wire is a catastrophe, but it seems churlish to say so. Instead we echo the builders of Babel: ‘Shame how it ended, but wasn’t she splendid?’

It’s a bittersweet thing to leave a place you’ve lived in for years but I’m finally saying addio to Etruria. No matter how much we rehearse farewells, they are almost always anticlimactic. Only a committed Austinian can recall the last lines of Pride and Prejudice:

“With the Gardiners, they were always on the most intimate terms. Darcy, as well as Elizabeth, really loved them; and they were both ever sensible of the warmest gratitude towards the persons who, by bringing her into Derbyshire, had been the means of uniting them.”

I know – yawnsville, right? Dear Jane is simply putting the chairs away and turning out the lights, but we’ve enjoyed the evening’s entertainment so much that we can’t complain if it ends in diminuendo. First impressions matter. Endings? Not so much. That last Parthian shot won’t mar a wonderful story or salvage a dull one. The battle’s won or lost long before then. Famous farewells, then, are necessarily a rare species. There’s Gatsby with his green light and boat going nowhere and Sydney Carton doing that far, far better thing. My favourite comes from Tracy Chevalier’s The Girl with the Pearl Earring. ‘A maid comes free’ is the final bittersweet flourish which makes this poignant tale linger.

Parting pickings are slim because it is a truth universally concealed that most writers are too preoccupied leaving the stage with dignity to craft something beautiful. But endings should be fashioned as carefully as the keystone that completes the arch, and not afterthoughts. Readers are well used to preposterous final acts when the air suddenly escapes. The sound of that rushing air is usually a Calvary horn. When it toots, it’s time to get your coat. The technical term is Deus Ex Machina, or God from the Machine. The phrase, as every eager Lit Grad know, originates in Greek theater when Zeus or one of his progeny would drop down and resolve things with a thunderbolt.

In Spira Mirabilis I throw a spanner in the divine machinery, asking what if God wants to help, but is powerless. I posit that God was not merely offended by Nimrod’s Tower, He was threatened. The Apprentice’s Tower is a knife to sever earth and heaven, and Contessa Scaligeri is the only one who can stop him. High stakes then. Does it come off, or does it come crashing down, leaving me with the poor hod-carriers at Babel, unpaid and gibbering nonsense?

Let’s see when the dust settles.

Aidan Harte is the author of The Wave Trilogy – Irenicon, The Warring States and Spira Mirabilis – published in the UK by Jo Fletcher Books. Spira Mirabilis will be published on March 27th (eBook) and April 3rd (hardcover).

Also on CR: Interview with Aidan Harte, Guest Post (Yesterday That Never Was), Excerpt of Irenicon